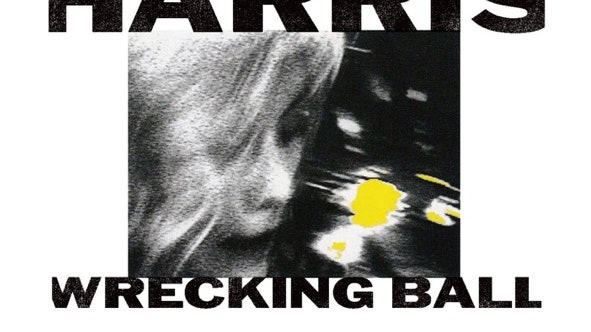 If the album gives a whole snapshot of Harris making a statement for herself, the individual tracks tell their own little stories about Harris and the prevailing emotional forces in her life. Old friends appear throughout, occasionally doubling up. Steve Earle, who wrote “Goodbye,” pops up on “Every Grain of Sand” and “Sweet Old World.” Sisters Anna and Kate McGarrigle, longtime Harris favorites, harmonize on closing number “Waltz Across Texas Tonight,” which Harris co-wrote with frequent collaborator Rodney Crowell. Harris picked up “Sweet Old World” from Lucinda Williams, who showed up to play guitar on the Wrecking Ball recording.

After Harris had joined singer-songwriter Julie Miller to duet on Miller’s “All My Tears” in 1993, she re-cut the song herself for Wrecking Ball. Lanois’ touch is apparent in the muted synthetic churn that carries the song, which Harris foils with airy vocalizations at its close. In “Goin’ Back to Harlan,” written by Anna McGarrigle, Harris rubs elbows with familiar characters, recalling her own position as a sort of folkloric totem. The tune summons folksong figures that populated Harris’ teenage days listening to Pete Seeger and Joan Baez albums: Fair Ellen, cuckoo birds, Barbara Allen, the bells of Rhymney. Harris lightly lifts her voice in the chorus, as if she knows that the relief of returning to a familiar place is worth whatever devils await her there. Any claims that Harris had strayed from her roots of honoring traditional artistry, which she’d done with so many ballads in her previous work, dissolve in McGarrigle’s homage.

Though Harris was an established light among the singer-songwriter set by the time she made Wrecking Ball, she’d nonetheless maintained her voracious appetite for songs by new artists, borrowing “Orphan Girl” from a Nashville up-and-comer in her late twenties named Gillian Welch. Harris’ father, whose career in the Marine Corps informed her itinerant childhood, had died in 1993, and that particular grief peeks through the dulcimer and tambourine that give the song a woodsy, shambolic feel. (The following year, Welch would offer her clear, unembellished take as the opener of her debut album Revival.)

On the title track, Harris found a coded statement of purpose from Neil Young, who harmonized with her on the recording in addition to adding backing vocals and harmonica to “Sweet Old World.” Like Dylan, Young had also had a rough go of the Reagan years, and like Dylan, had a turnaround in 1989. Bookended with acoustic and electric versions of “Rockin’ in the Free World,” Freedom liberated Young from his overstuffed era. Young’s “Wrecking Ball” sounds like something the bartender turns on with the lights, and a look that says it’s time to move along. But Harris transformed the song into a transcendental invocation, opening it with a gauzy haze of guitar that feels like a lifting mist. “My life’s an open book/You read it on the radio,” the song begins, with Harris sounding like a mystical presence as she promises to wear something pretty in white.