As the sessions proceeded, there were no rumors that this would be the Cure’s final album, no dangerous drug use or health scares, no interpersonal conflicts to seep into the lyrics. Smith, who had gotten married to his high school sweetheart Mary Poole just a few years earlier, turned 33 on the day Wish was released, April 21, 1992. In the preceding months, the most scandalous news story to emerge in the UK tabloids was that Smith—whose severe employment of backcombing and Aqua Net had recently inspired the film Edward Scissorhands—had actually gotten a haircut.

If there is a quality that distinguishes Wish from the rest of their catalog, it’s the dense, buzzing sound—the work of five people in a studio, as opposed to one person’s vision brought painfully to life. An immediate side effect was a creative process that tended to drift all over the place. First, it was going to be a pair of albums: one titled Higher and an atmospheric companion called Music for Dreams. Then it was going to be called Swell. On the cover, you will find a prominent drawing meant to depict a song called “The Big Hand,” an early favorite during the sessions that was cut from the tracklist. These might seem like minor footnotes, but for a band whose leader conceived his work with a monomaniacal focus, they represented a proud embrace of directionlessness.

While it scattered the vision for the record, the full-band approach led to some fantastic performances. Bassist Simon Gallup is irreplaceable, adding latent hooks to even the most abstract moments, a melodic undercurrent that connects singles like “High” to gothy throwbacks like “Trust.” Drummer Boris Williams performs with arena energy, making their ongoing ascent feel inevitable. Weaving between the rhythm section, you can hear guitarists Pearl Thompson—whose electric, mythical leads would soon result in a gig accompanying Jimmy Page and Robert Plant—and Perry Bamonte, a one-time roadie who added a burst of levity to their dynamic. There are records by the Cure that feel like full-body experiences—music that asks you to step inside in order to fully enjoy—but Wish glides, floats, goes with the flow.

It’s not like Smith lost his edge—and to prove it, he paraphrases Sylvia Plath in the very first song. But listen closely, and note what is bringing him down. “Open” seems to be narrated by the saddest attendee of some industry party, the kind of grim, obligatory event that requires massive amounts of alcohol to get through the night: “The hands all on my shoulders don’t have names/And they won’t go away,” Smith sings to Williams’ pounding drums, antagonized by dull conversations and fake smiles. These are not the laments of a hopeless young romantic, grasping for love and meaning in a loveless, meaningless world, but rather the private anxieties of someone who lived long enough to see his dreams come true—and realized they didn’t solve anything. 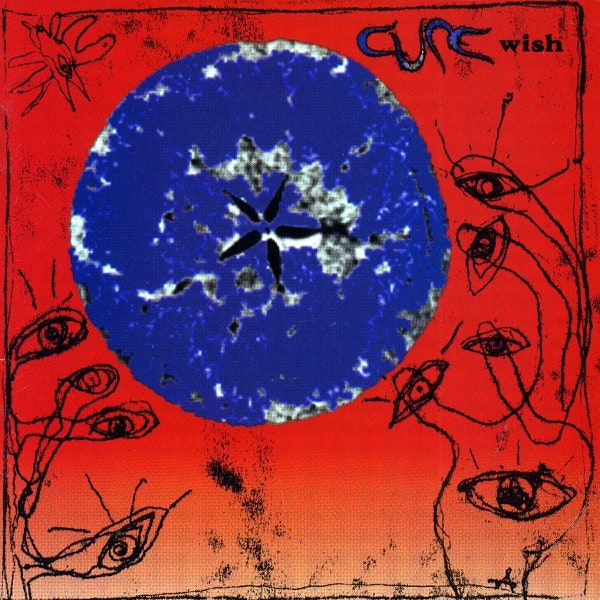