In August 2021, English musician Elderbrook released the music video for “Inner Light,” his collaborative single with the electronic duo Bob Moses. The visual stars Elise Legros and Jean-Yves Phuong as they dance on a rotating platform, situated inside the Panthéon in Paris. The scene is excerpted from French dancer and choreographer Yoann Bourgeois’ 2018 film The Great Ghosts.

“Inner Light” may now look familiar to Harry Styles fans, as the pop star dances on a rotating platform with Mathilde Lin in his new “As It Was” music video. As it turns out, Styles’ new video is choreographed by Yoann Bourgeois.

Bourgeois had previously used a rotating stage in his 2014 piece He Who Falls, as Billboard notes. In an interview with NR, the artist remarked, “The relationship with physical forces has an eloquent capacity that can be very big; it has the kind of expression that is universal. This is something I look for through my work, because the physical phenomenon is something that happens across cultures.”

Elderbrook has shown his appreciation for Harry Styles in the past, covering “Watermelon Sugar” in 2020. When reached by Pitchfork, the musician said, “Big fan of Harry and his music. Would be flattered if our video for ‘Inner Light’ happened to serve as inspiration in any way xx.” 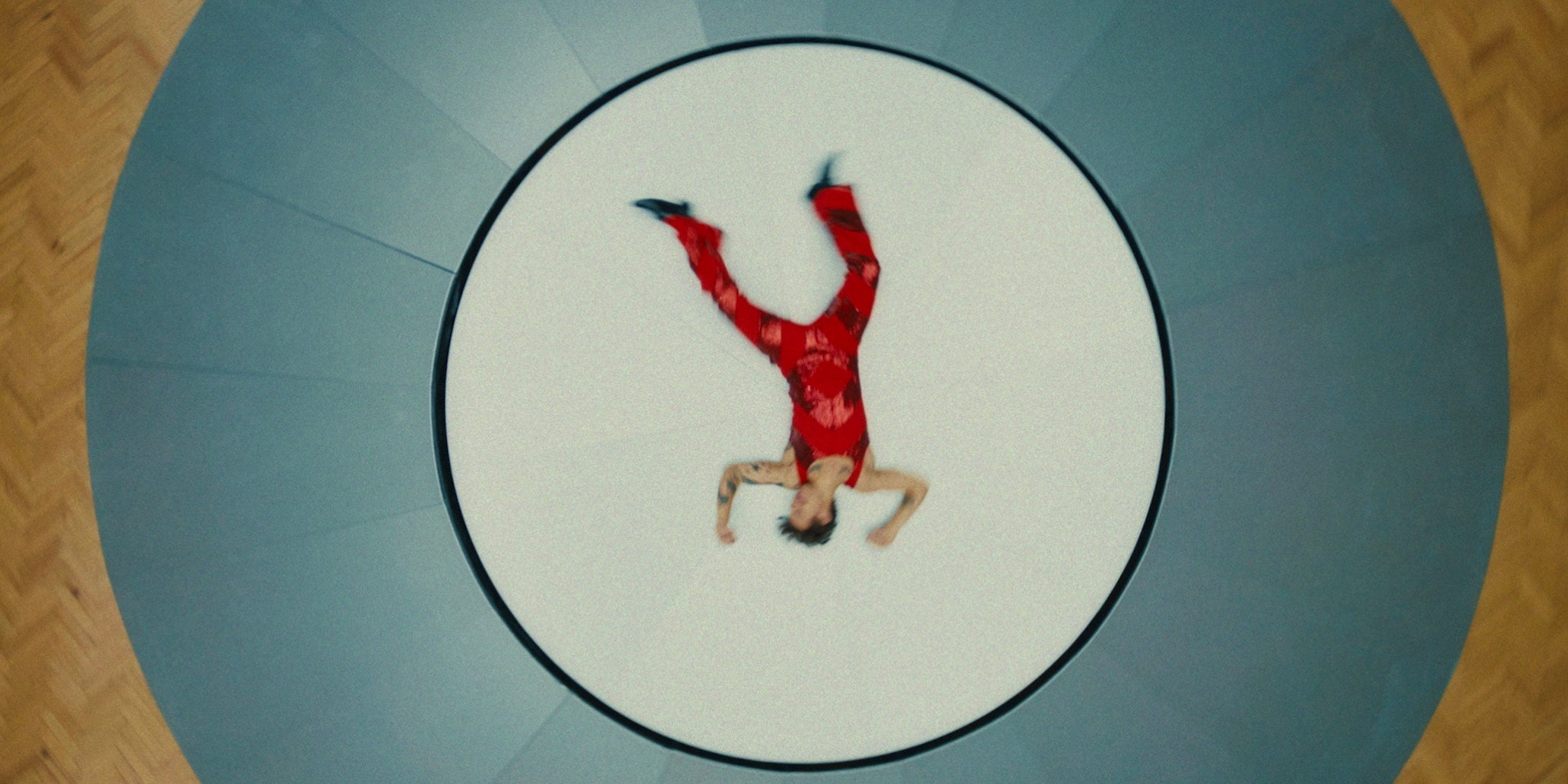