Daniel Caesar performed at Coachella on Friday night. During his set, the R&B singer debuted an unreleased song called “Please Do Not Lean” and, immediately afterwards, invited Justin Bieber onstage to sing his Justice single “Peaches” together. Watch the moment below and follow along with all of our Coachella 2022 coverage.

Caesar released his debut album, Freudian, back in 2017 and followed it up with the 2019 studio LP Case Study 01. Earlier this month, he joined Bieber and Giveon at the Grammys for a special rendition of “Peaches.” The single was nominated for four awards this year: Record of the Year, Song of the Year, Best R&B Performance, and Best Music Video. 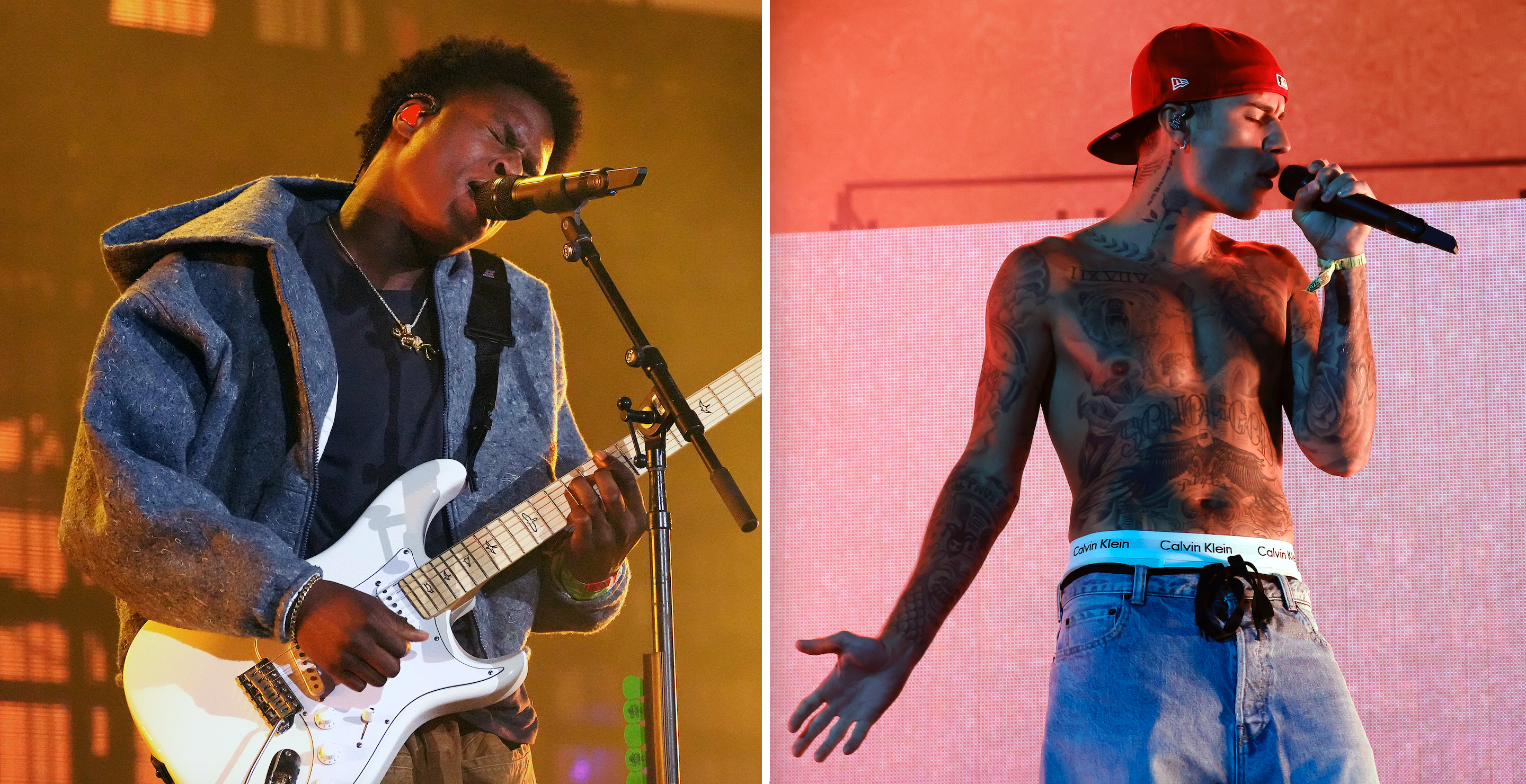