On paper, there are more exciting things than a concept album about being fucked over by a broken bureaucratic system. However, on the North London rapper Jeshi’s debut album Universal Credit (named after the UK’s welfare provision), he holds the recorder right to the receiver so you can trudge through the call centre menu options with him. The record is about being ground down and then going out. It’s a spiritual successor to Mike Skinner’s early output as The Streets that serves as a companion to slowthai’s more recent pointed truth-telling, and it contains moments where Jeshi reaches the exhilarating heights of both of these artists.

The album arrives during the UK’s worst cost-of-living crisis since the 1950s, and mere days after the Chancellor of the Exchequer became the first frontline politician to be named in the Sunday Times Rich List. The exact timing of these events may be coincidental, but they still add an extra poignancy and prescience to Jeshi’s bitter lyrics. The repeat refrain of “Generation no hope” on “Generation” comes with more bite, and the crushing frustrations of the opening skit sting that much more.

Jeshi lays out in detail what the cost of a hand-to-mouth existence is, explaining in depth what it feels like to have the government use your own poverty as a stick to beat you with. “Hit By A Train” captures the utter depressive slump that is life on the dole, and Jeshi describes a self-medication ritual full of cheap food and bad drugs. “Back here again, every weekend is the same, one loop on replay,” he spits over the bouncy kicks and sharp claps of “Sick.” He writes cyclical choruses that contain the same scenes repeating over and over again—like the daytime TV that fills his days on “National Lottery”—in a timeline that constantly collapses in on itself.

All this might be a miserable listen in lesser hands, but Jeshi captures life’s small joys as well as its multifold indignities. The stumbling pianos on “Killing Me Slowly” soundtrack a tale of getting hopelessly wasted; “Another Cigarette” successfully replicates the feeling of a drunken headspin, and the late-night antics of “3210” are soundtracked by a silky house shuffle. Still though, a dash of humor might have helped here and there.

Britain has, over the decades, taken up benefits bashing as something of a grim national sport. Welfare claimants have been paraded on TV shows like Benefits Street; so-called scroungers make an easy sneer for punch-down tabloids. Jeshi’s account, more artfully told, flips that tradition on its head. On Universal Credit, he proffers downbeat tales that invite empathy, and they deserve, more than anything, to be heard. 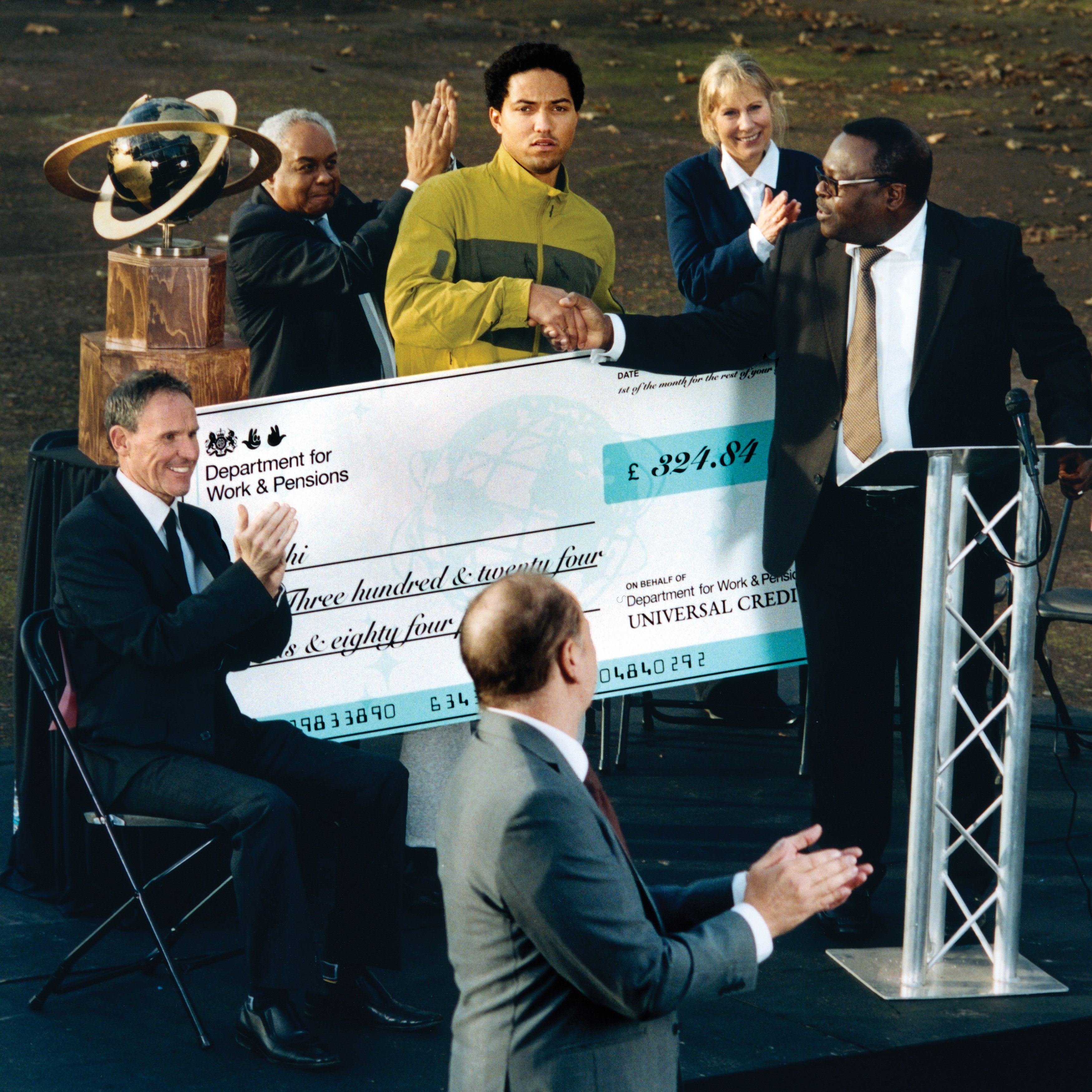