At the urging of producer Gary Smith, who would later shepherd the Pixies to fame, the band moved to Boston and became regulars in the burgeoning college-rock circuit there. Two interviewers from a Rhode Island School of Design campus magazine introduced the Muses to the Cocteau Twins and suggested they contact their label, the legendary British outfit 4AD. Awestruck with the sound of dream pop—“It was like heaven music,” Donelly recalls—Throwing Muses sent some early demos to co-founder Ivo Watts-Russell. Watts-Russell, reminded of Nick Cave’s the Birthday Party, struck up a cross-pond pas-de-deux with the Muses, talking about anything and everything besides signing them because, as he’d mention ruefully, 4AD didn’t sign American bands. But soon, the pretense was dropped, the Muses were indeed signed, college-rock producer Gil Norton was assigned to work with them, and everything began.

Not that everything went smoothly. Throwing Muses is an idiosyncratic and uncopyable debut, but it’s also the product of internal and external tension. To make the album cohere, Watts-Russell nixed most of the goofier material and Americana tracks from the band’s repertoire. Hellspawn songs don’t always translate to full-band arrangements—Narcizo often found himself simply drumming along to the lead line, Langston wrote basslines that turned the arrangement into a thatch, then Donelly found herself, as Hersh recalls, “fitting parts over the mesh.” The resulting cassette of demos was surprisingly straightforward, but Norton was still tasked to pump the songs up, smooth them over—especially noticeable on the intro to “Vicky’s Box,” jangly and thick with sound compared to its cassette counterpart. This was new to the band—even the studio Watts-Russell rented was plush and disorienting compared to the band’s upbringing in communes and college crash pads.

Hersh, meanwhile, had become pregnant with her first child, Dylan, while still working through severe PTSD from her bicycle crash. She was diagnosed with what at the time was called manic depression. While this didn’t stop the recording sessions—“I think it’s against the law to fire a band just because it’s pregnant,” Hersh recalled Langston saying—she held back during vocal takes, terrified that summoning the songs’ full demonic roar might somehow get through to her unborn child. She stopped taking the lithium she’d been prescribed since the tremors it gave her made it too hard to play guitar. The result was a protracted recording process and a seemingly endless amount of takes. At one point the band was nearly kicked out of the studio to make way for Deep Purple.

A more fundamental tension was Tanya Donelly’s role in the band. She was as prolific a songwriter as Hersh—as late as 1991’s The Real Ramona, she was still working through her teenage backlog of demos—but during the Muses’ early years, she’d only have one to a handful of songs per album. The press tended to see more resentment there than truly existed. Despite Hersh and Donelly’s images of being less and more poppy, respectively, Donelly was actually the more introverted of the two, at least when it came to interviews. She’s said the distribution of songs on the Muses albums was more a matter of logistics than feeling sidelined. Donelly wrote her demos as herself, instead of envisioning them as Throwing Muses tracks (unlike the songs she’d write for her 1993 debut with Belly, which she’d envisioned as the next Breeders album but couldn’t get cut). She has one track on Throwing Muses, “Green,” a tribute to a first love who died young. The song shows early signs of her surreal imagery: one’s memories coalescing into bodice-ripping form (“Then there were candles, and a phoenix burnt my bed”), and the pivotal line, “Kneel in my ashes, kneading them,” an uncannily striking metaphor for one’s first consuming love. The tempo is that of piecing together a morning after: two repetitive tick-tock guitar figures, drumbeats like tiptoes, finding their way to emotion. Langston’s bass plays the other party: loping along beneath the track, in its own cool, unconcerned world. 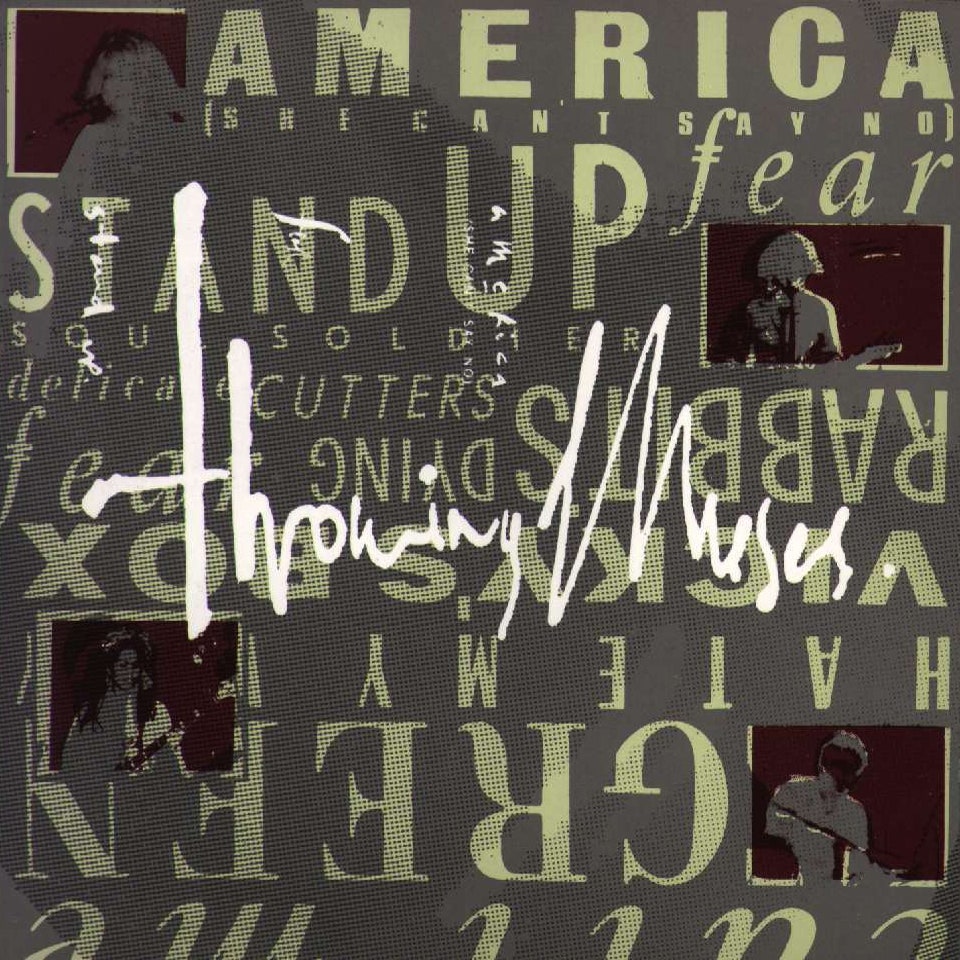