Ric Parnell, who appeared as a drummer in This Is Spinal Tap, has died. His Spinal Tap bandmate Harry Shearer shared the news online, writing, “No one ever rocked harder.”

Parnell was part of Spinal Tap’s best known gags, appearing in the film as Mick Shrimpton, one of the band’s many doomed drummers. Memorably, he explodes on stage during a performance with Spinal Tap in Japan. Parnell continued to appear with Spinal Tap after the movie’s release in 1984, maintaining the mythos by appearing as Mick’s brother, Ric Shrimpton.

Parnell maintained a busy music career in the years surrounding Spinal Tap. Prior to joining the band, he was a member of the progressive rock group Atomic Rooster from 1970 through 1973. He later joined Toni Basil for her 1981 debut album Word of Mouth, including her mega-hit single “Mickey.”

Along with acting in This Is Spinal Tap, Parnell joined the band on their 1984 self-titled album and its follow-up, 1992’s Break Like the Wind. Beyond Spinal Tap, Parnell worked on the 1985 album 3 Ships by Yes’ Jon Anderson and collaborated with singer-songwriter Deniz Tek on a regular basis throughout the rest of his life. Parnell spent his later days living in Missoula, Montana, where he had a local radio show dubbed Spontaneous Combustion. 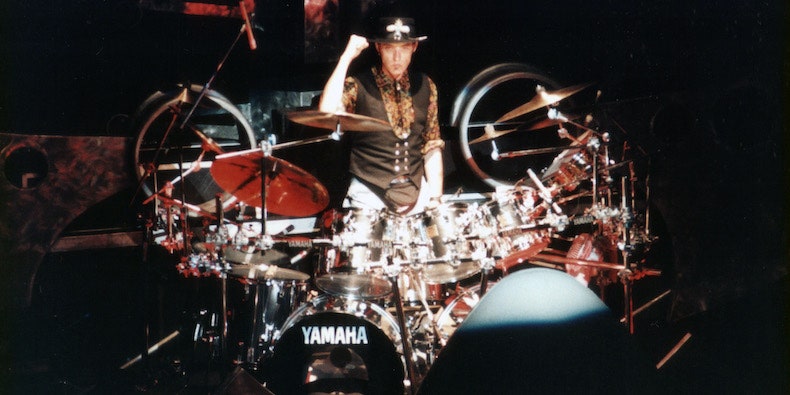