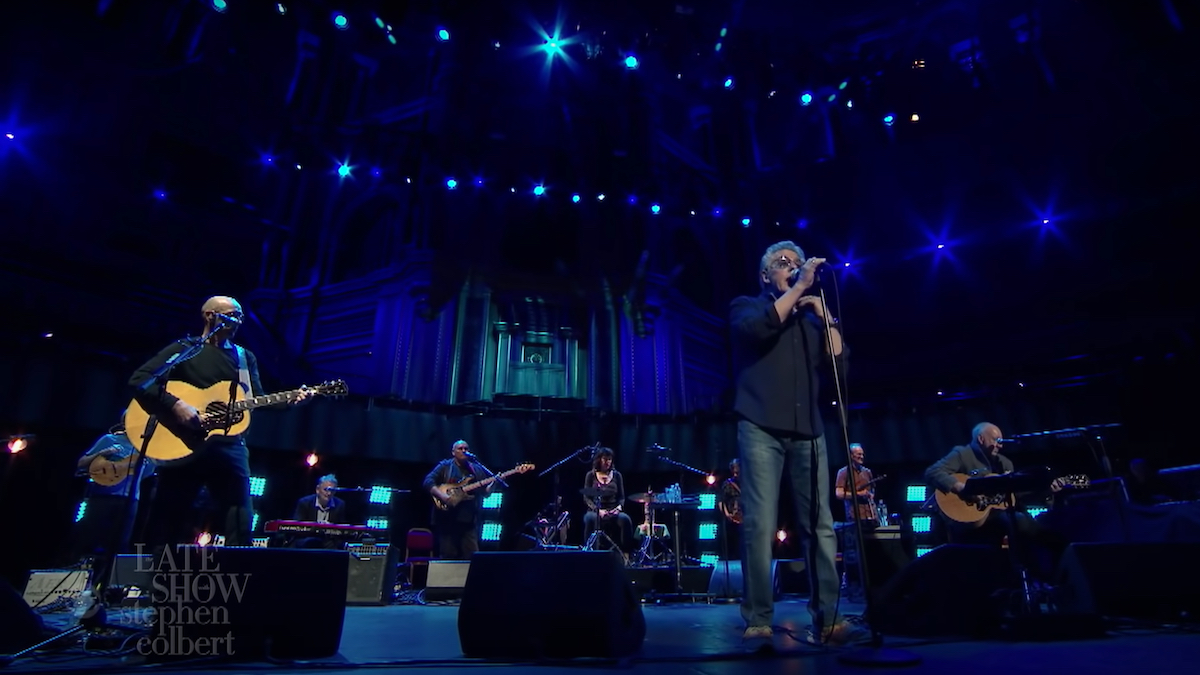 The Who appeared on Late Show with Stephen Colbert on Friday night for a rare late-night TV performance. Appearing remotely from London’s famed Royal Albert Hall, the legendary English rockers ran through their 1971 classic, “Behind Blue Eyes.” Watch the replay below.

Accompanied by a full backing orchestra, Roger Daltrey and Pete Townshend treated the full auditorium to a stunning new arrangement of the track, which originally appeared on the album Who’s Next. While there’s no guitar solo in this version, the orchestral accompaniment adds a welcome new ambiance.

After years of supporting Teenage Cancer Trust in the UK, Friday’s performance on Colbert came in benefit of Teen Cancer America, bringing their philanthropic efforts across the globe.

Later this month, The Who will embark on a tour across North America. At each of the 30 dates, Daltrey and Townshend will be joined on stage by a local orchestra under the direction of conductor Keith Levenson, and featuring lead violinist Katie Jacoby and lead cellist Audrey Snyder. Rounding out The Who’s live band are guitarist/backup singer Simon Townshend, keyboardist Loren Gold, second keyboardist Emily Marshall, bassist Jon Button, drummer Zak Starkey, and vocalist Billy Nicholls. Tickets are available to purchase via Ticketmaster.

A biopic about the band’s late drummer Keith Moon is also set to begin production this year.