Tony Shhnow’s music camps out at the intersection of hard-earned life lessons, money counter adlibs, and #vibes. Play any Shhnow song and you’re as likely to be captivated by the beat as much as anything he’s saying, a testament to the golden ear he’s developed as a key player in Atlanta’s plugg rap scene. It’s initially bizarre to hear Shhnow comparing himself to a mathematician for the way he holds his gun on the corner over beats that would sound at home on an episode of Steven Universe, but his ability to flow over just about anything has kept his prolific streak interesting. His grim stories and silly metaphors sound just as comfortable over CashCache and scene veteran MexikoDro’s airy synths as they do over the warped samples of New Jersey producer GRiMM Doza. That ability has made him one of the most exciting rappers working, it’s genuinely exciting to hear what sound he’ll tackle next, a chameleon in Bape fatigues.

For all the different sounds Shhnow has rapped over, most of his projects tend to focus on one specific style at a time. There isn’t much on Reflexions, his second release of 2022, that differs from his previous work, but the project is the first to display it all in one place. Considering his expanding profile, Reflexions feels like a Tony Shhnow sampler, an audible photo dump of his capabilities. Candy-colored plugg beats sharing space with sample-based production might cause whiplash in anybody else’s hands, but it all comes together with the confidence of Shhnow’s voice.

Take opening song “Summer Off Relaxxx,” which begins with producer FwThis1Will’s slinky sirens and 808s before smash-cutting to Sparkheem’s deep-fried flip of John Legend’s “Prelude” from his 2004 debut album Get Lifted. Shhnow not only offers up clever lifeisms (“I Velcroed all my shoes, it ain’t no day that I’m gon’ trip”) and vague allusions to his drug-dealing past; his delivery morphs from rigid to lethargic as the beat switches, maintaining momentum without derailing the song. Shhnow’s malleable voice plays a huge part in the unpredictability of his songs. He can be loud and glued to a rhythm like he is on “Show U,” or he can be mellow and jog a half-step behind like he is near the beginning of “Park My Car.” During the middle section of his verse on “Go!,” his delivery gets breathy and high-pitched but no less forceful. He’s clearly having fun with pushing the boundaries of his sound, which gives each song on Reflexions the colorful and unpredictable air of a gumball machine. 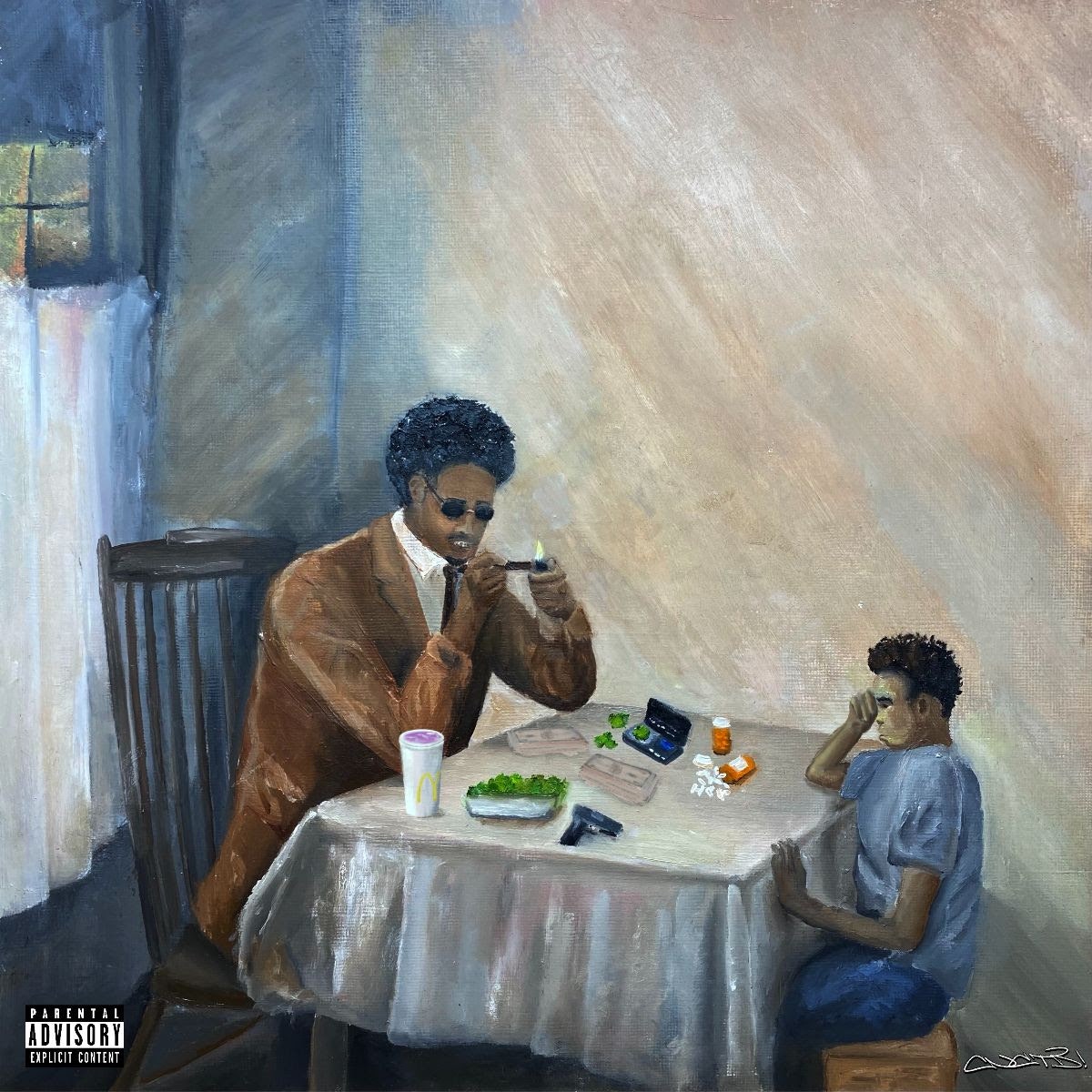