Puscifer are in the midst of their first US tour in six years, supporting their latest album, 2020’s Existential Reckoning. Maynard James Keenan and company brought their theatrical show to the Kings Theatre in Brooklyn, New York, on Saturday night (June 25th), offering up an entertaining set that extended far beyond the music.

Keenan and fellow core members Carina Round and Mat Mitchell were dressed as special agents, continuing the theme of investigating alien abductions presented with the album Existential Reckoning. At one point during the early stages of the set, the recurring Puscifer character Billy D appeared in the audience and was pointed out by Keenan and his bandmates, only to be carried away by other agents.

The 18-song set itself saw Puscifer perform all 12 tracks off Existential Reckoning, as well as select cuts from their other albums. After “Conditions of My Parole,” and before the closing number, “Bedlamite,” Keenan repeated the word “vagina” from the stage while alluding to the Supreme Court decision to overturn Roe vs. Wade a day earlier, eliciting loud cheers from the crowd.

As seen in video footage of “Bedlamite” (below) — the only song fans were allowed to record during the show — Keenan performed the last few songs of the set as Billy D, with aliens making their way onto the stage at the end of the set.

The tour, which features support act Moodie Black, runs through a July 10th show in Seattle. Tickets to the remaining dates are available here.

See our photos of Puscifer’s Kings Theatre show in Brooklyn, as well as fan-filmed video of the closing number “Bedlamite,” below.

Photo Gallery – Puscifer and Moodie Black at Brooklyn’s Kings Theatre (click to enlarge and scroll through):

All photos by Rodrigo Fredes. 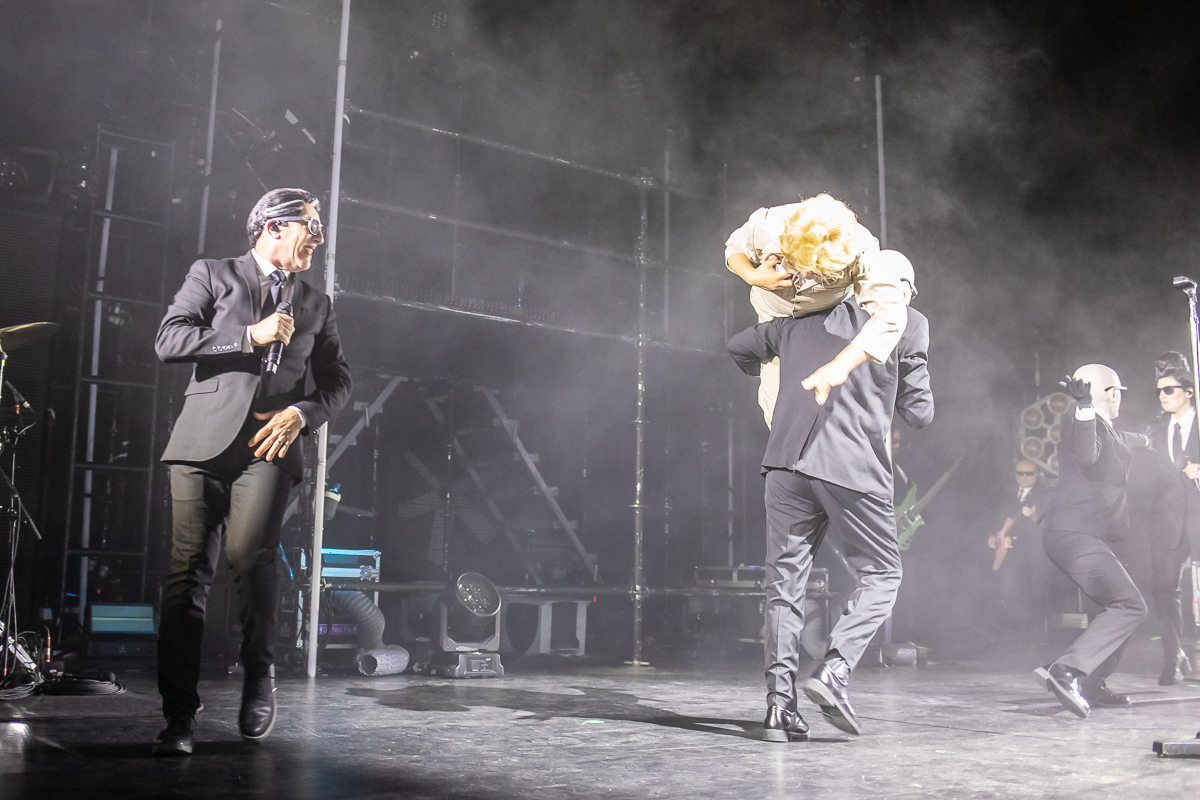 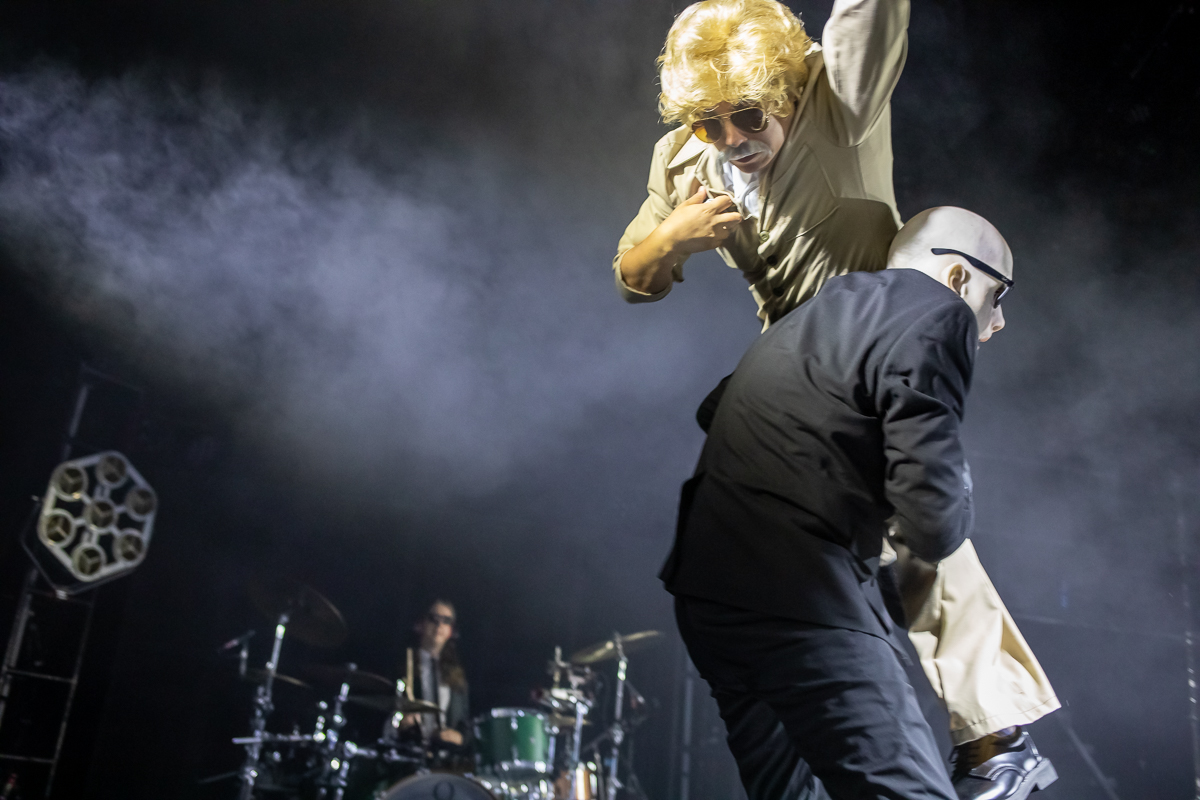 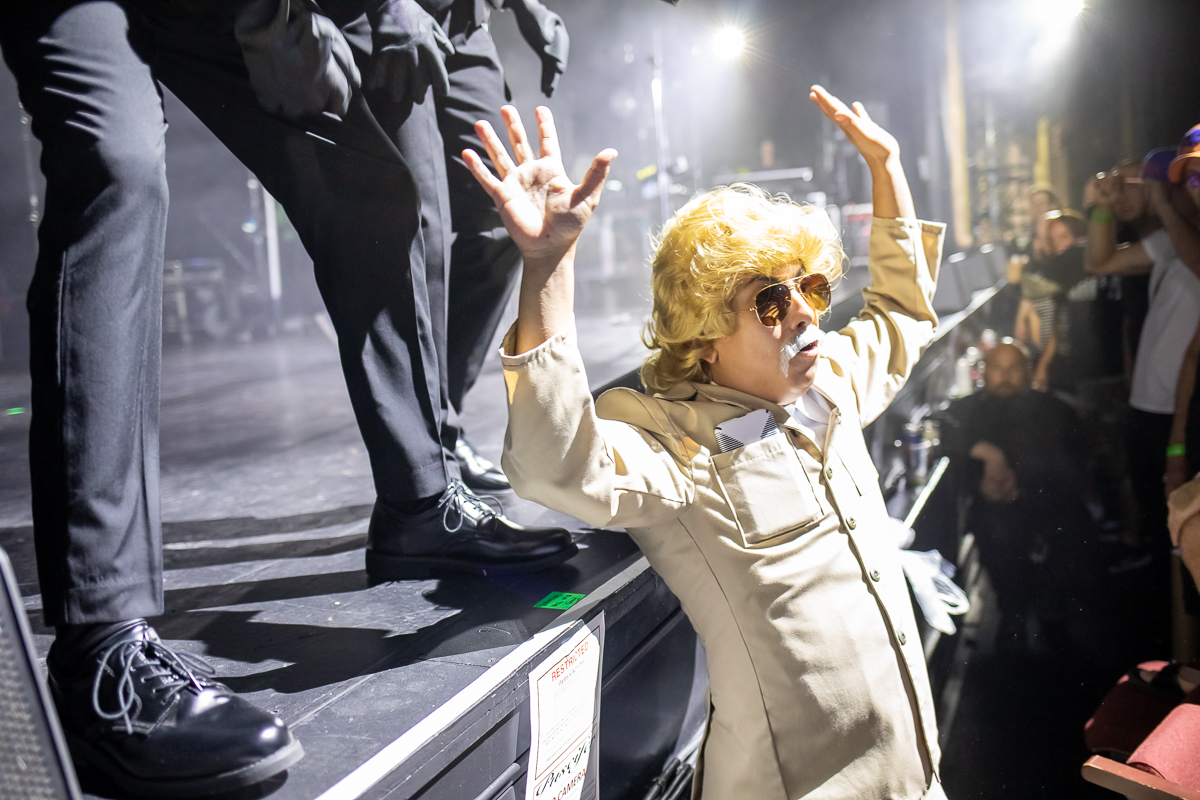 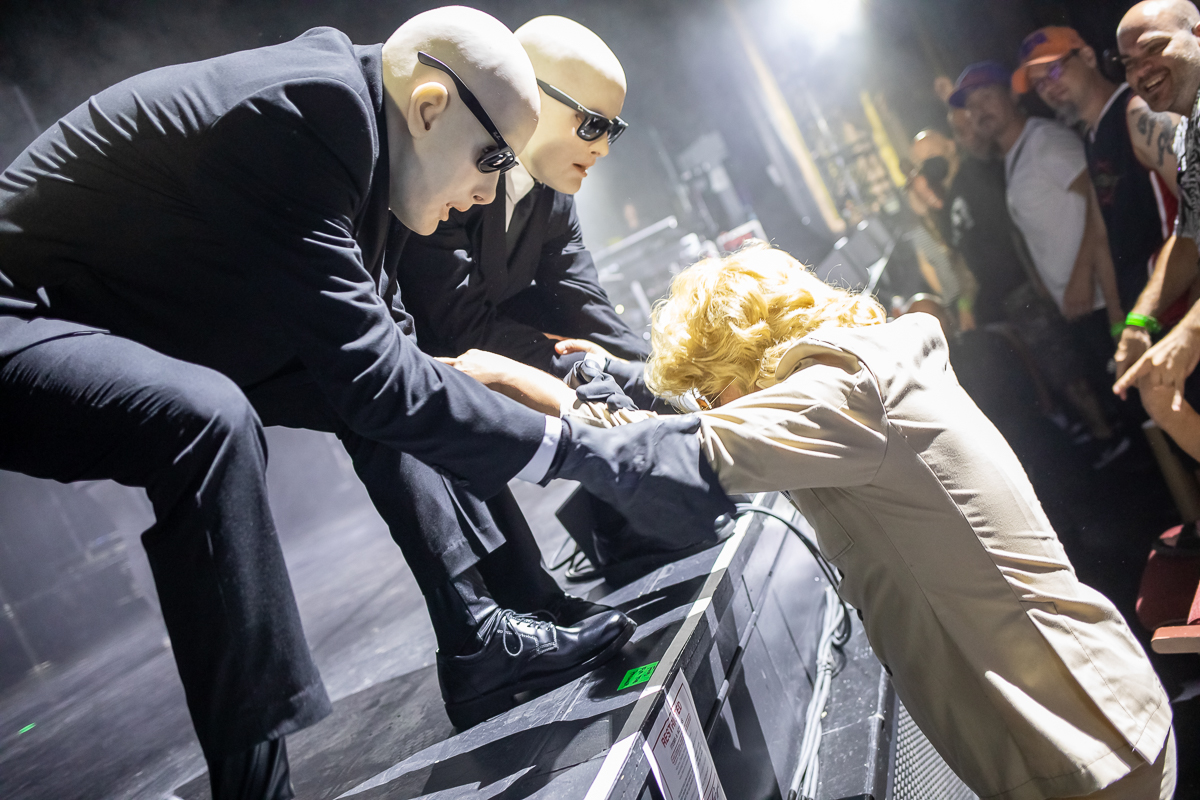 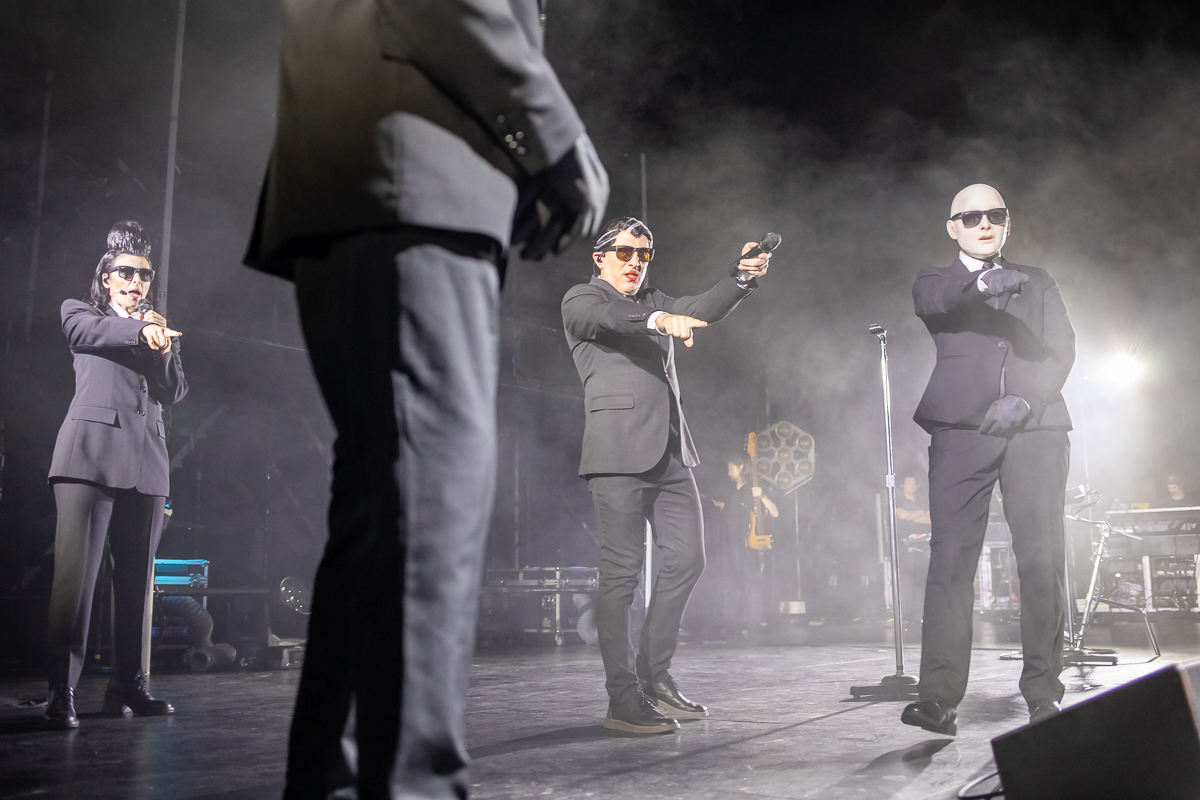 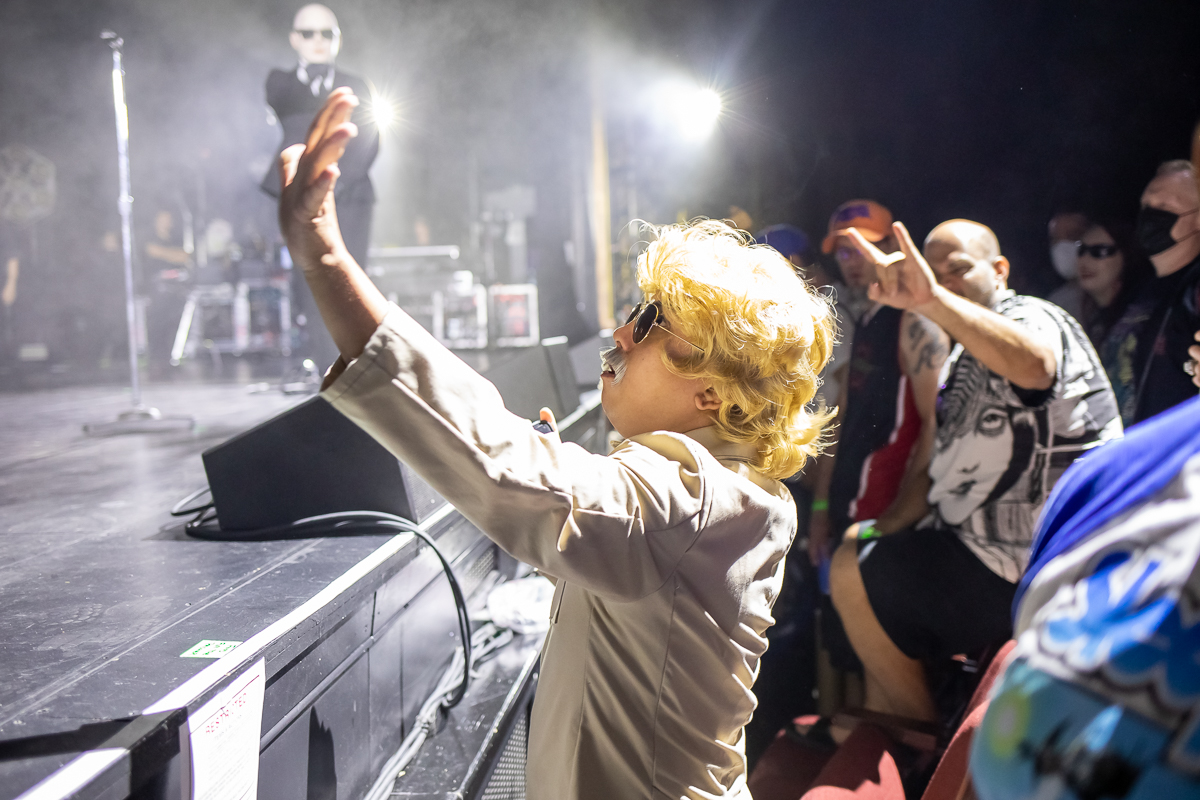 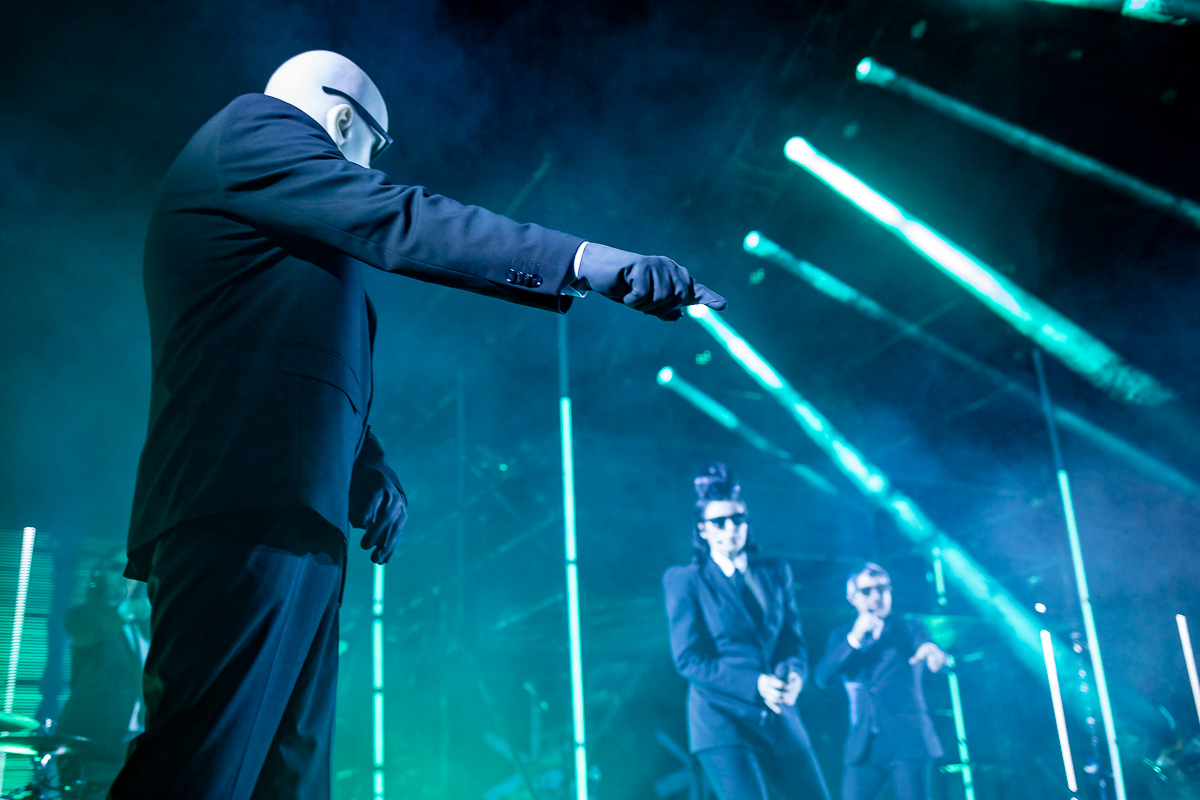 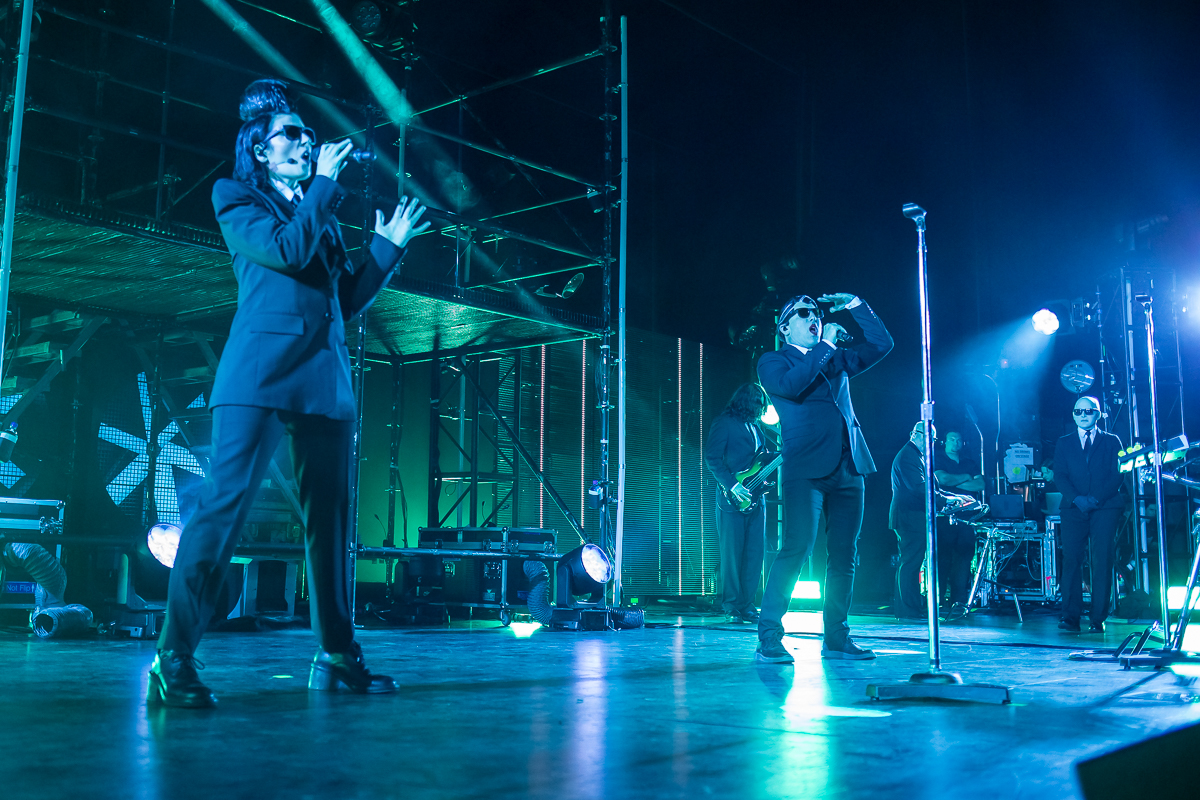 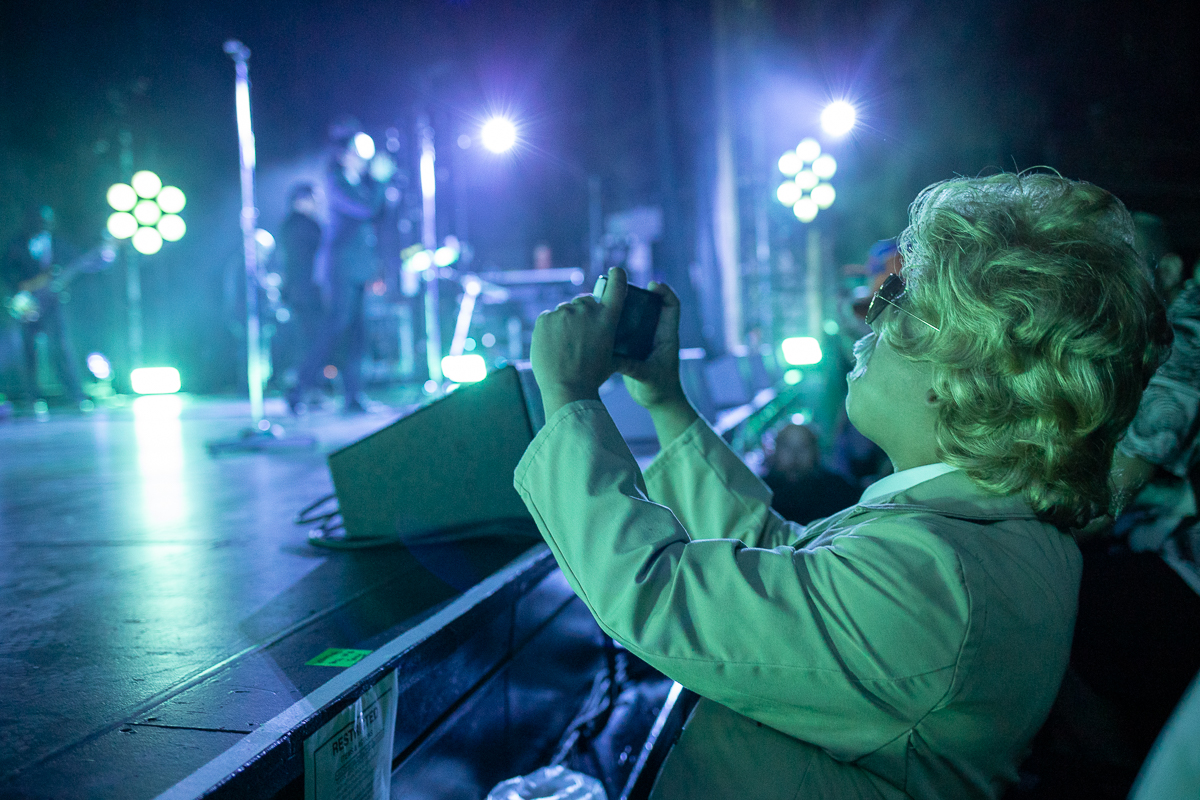 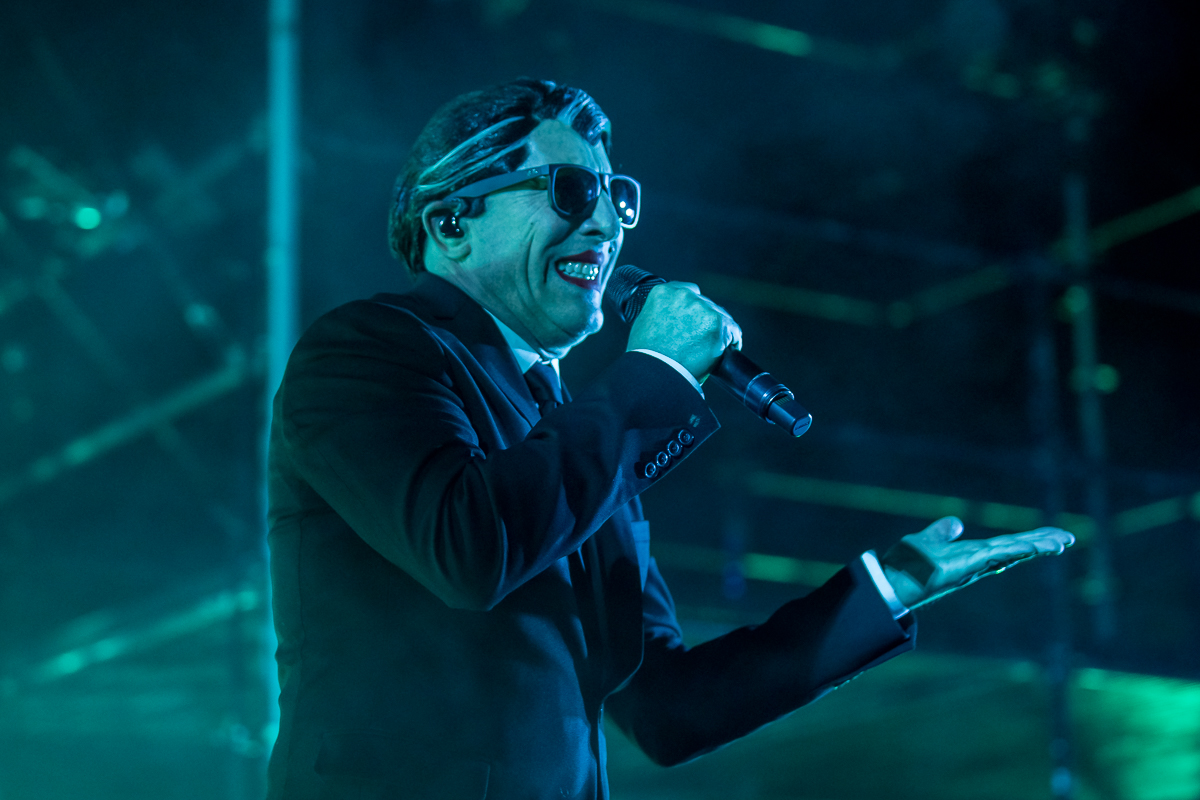 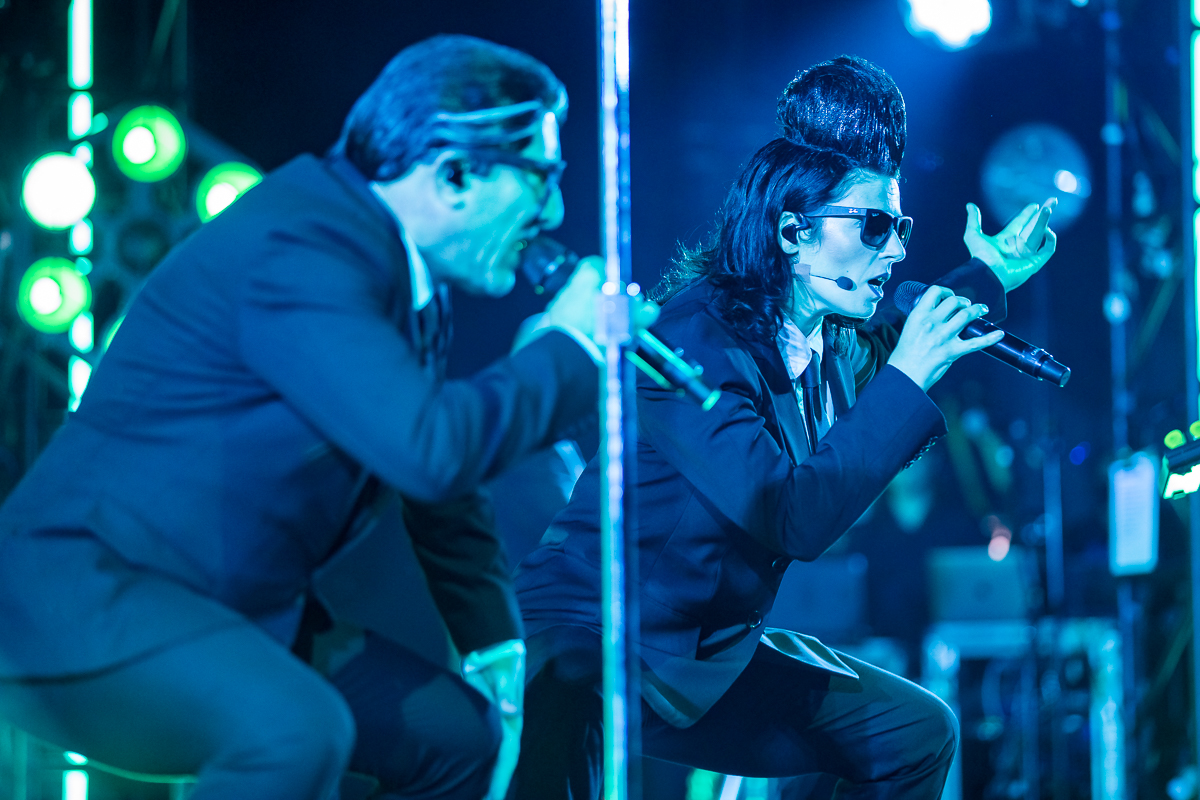 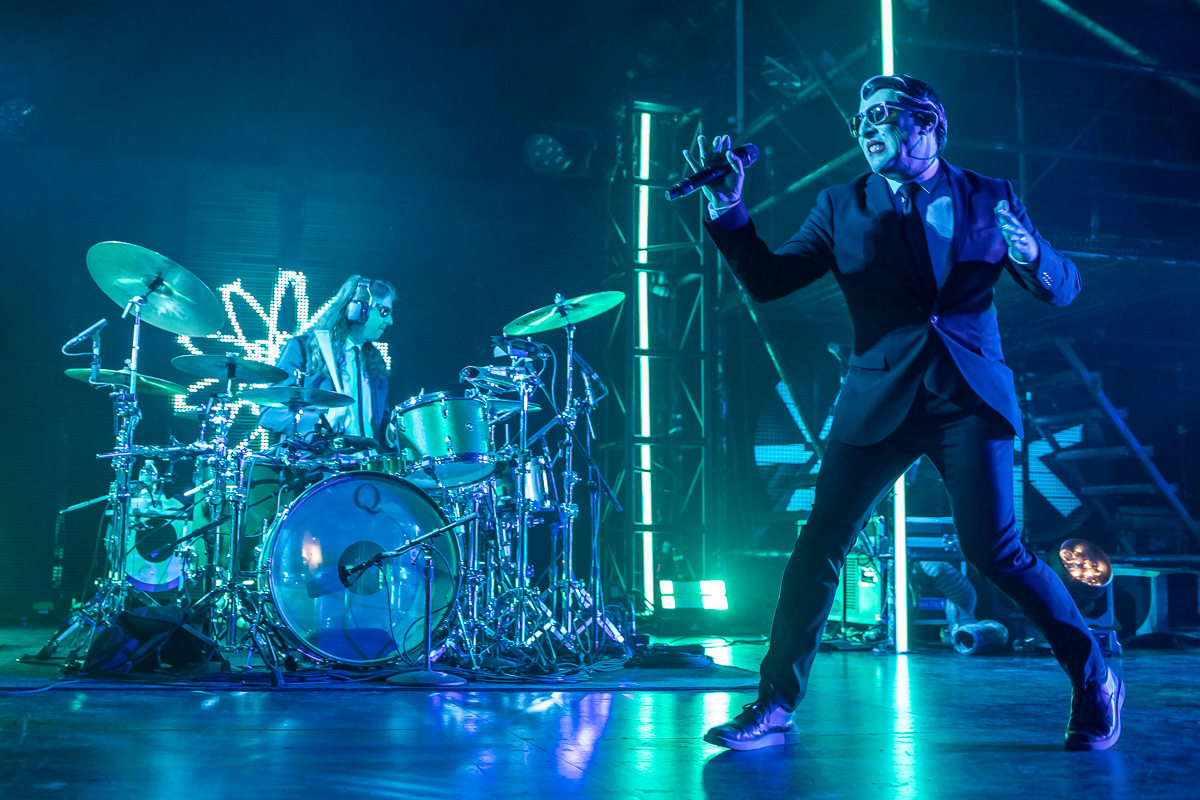 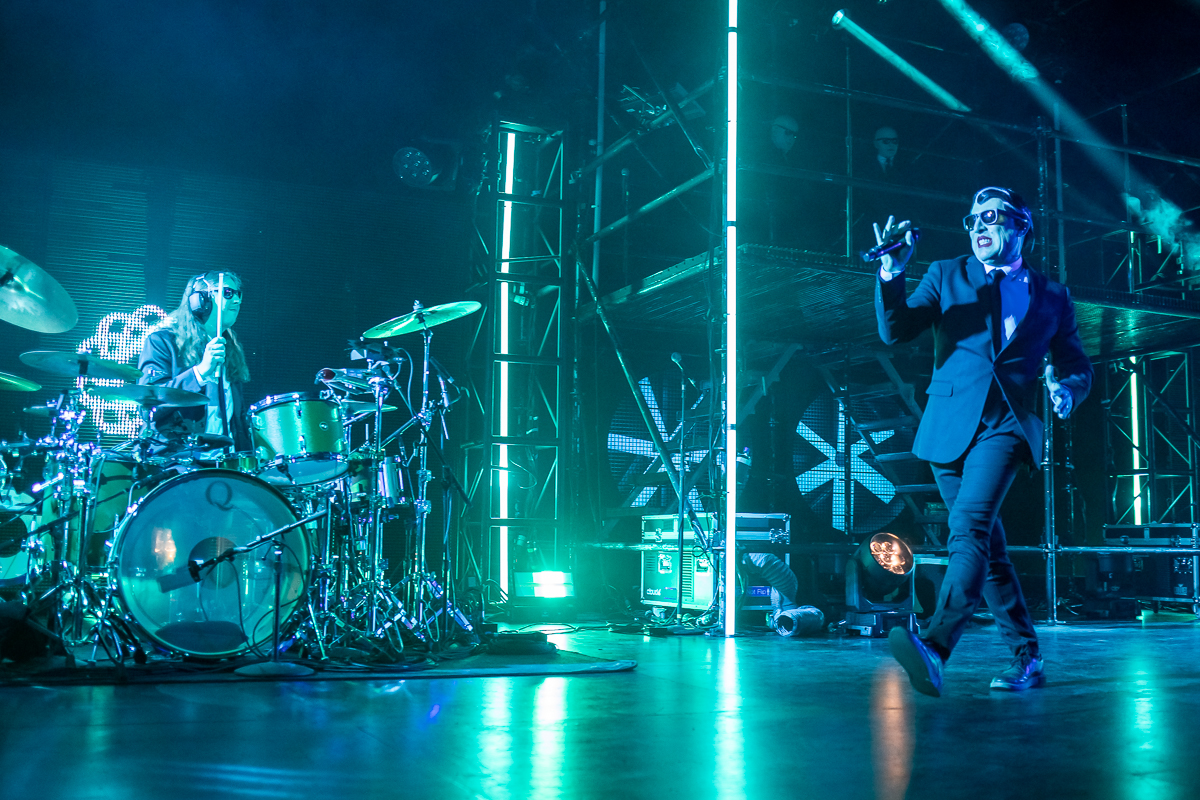 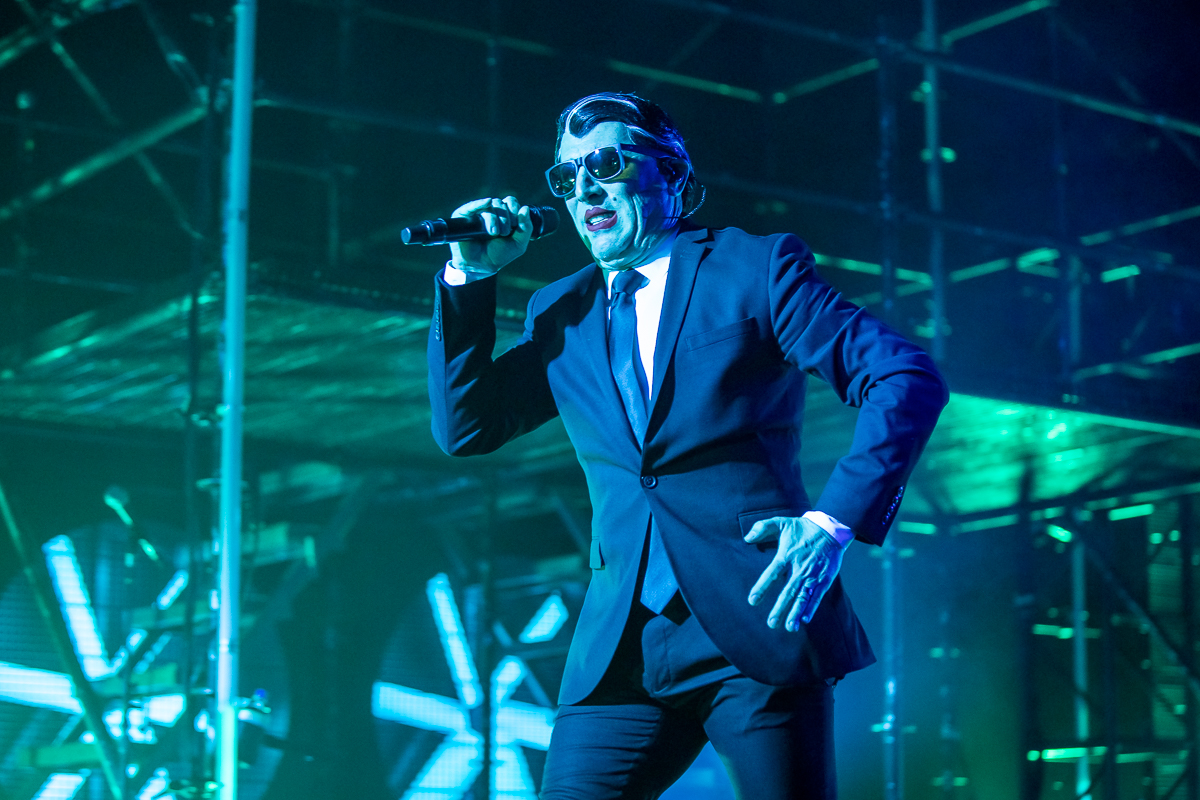 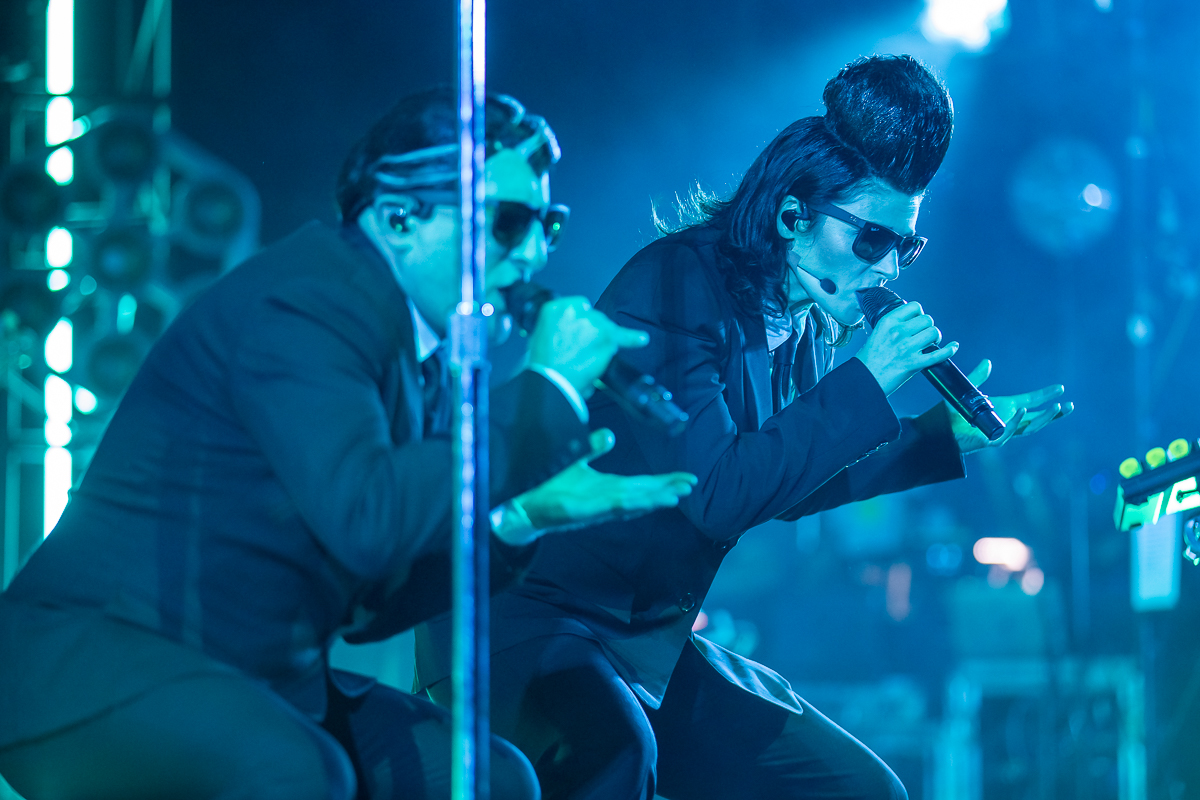 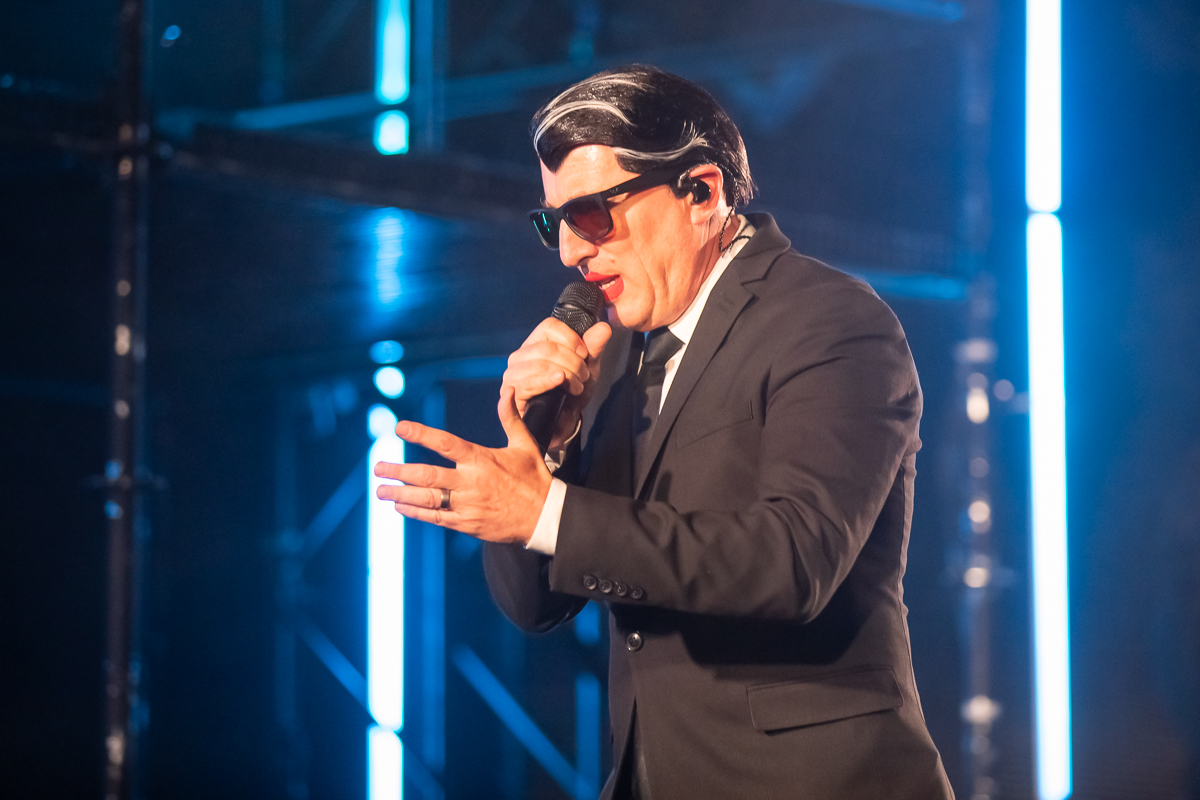 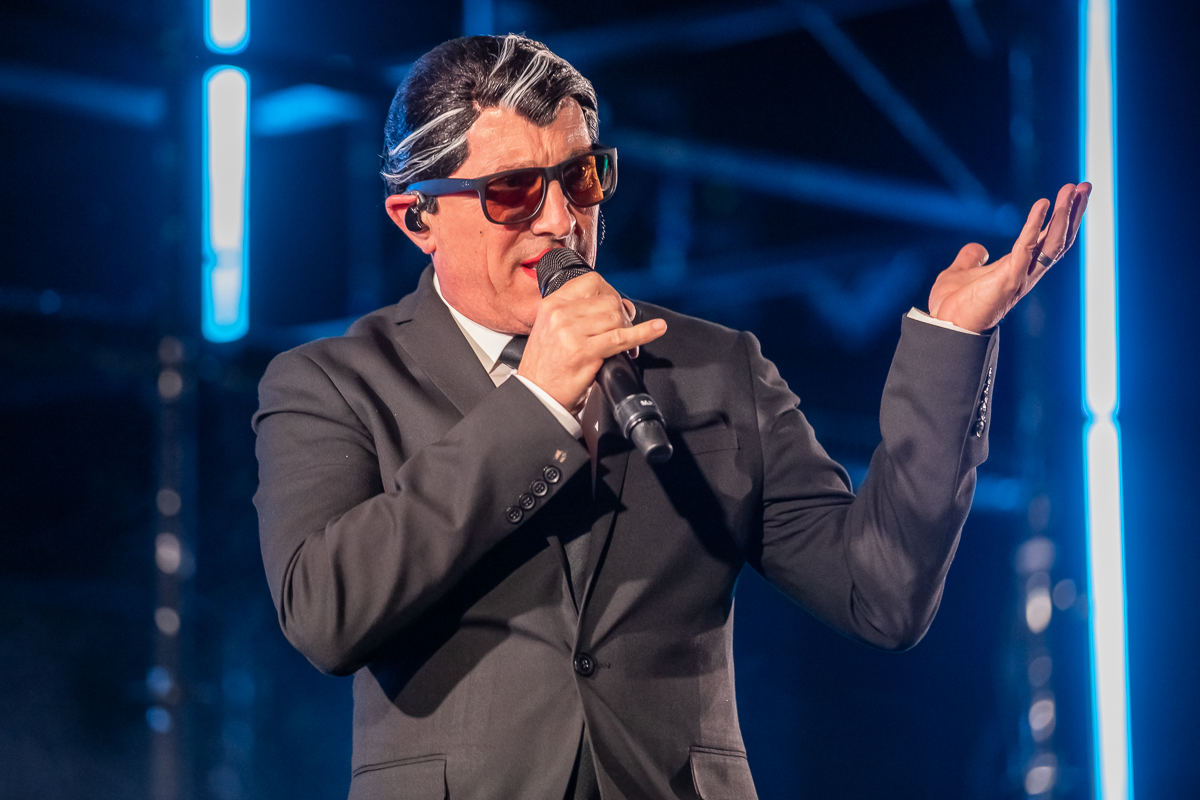 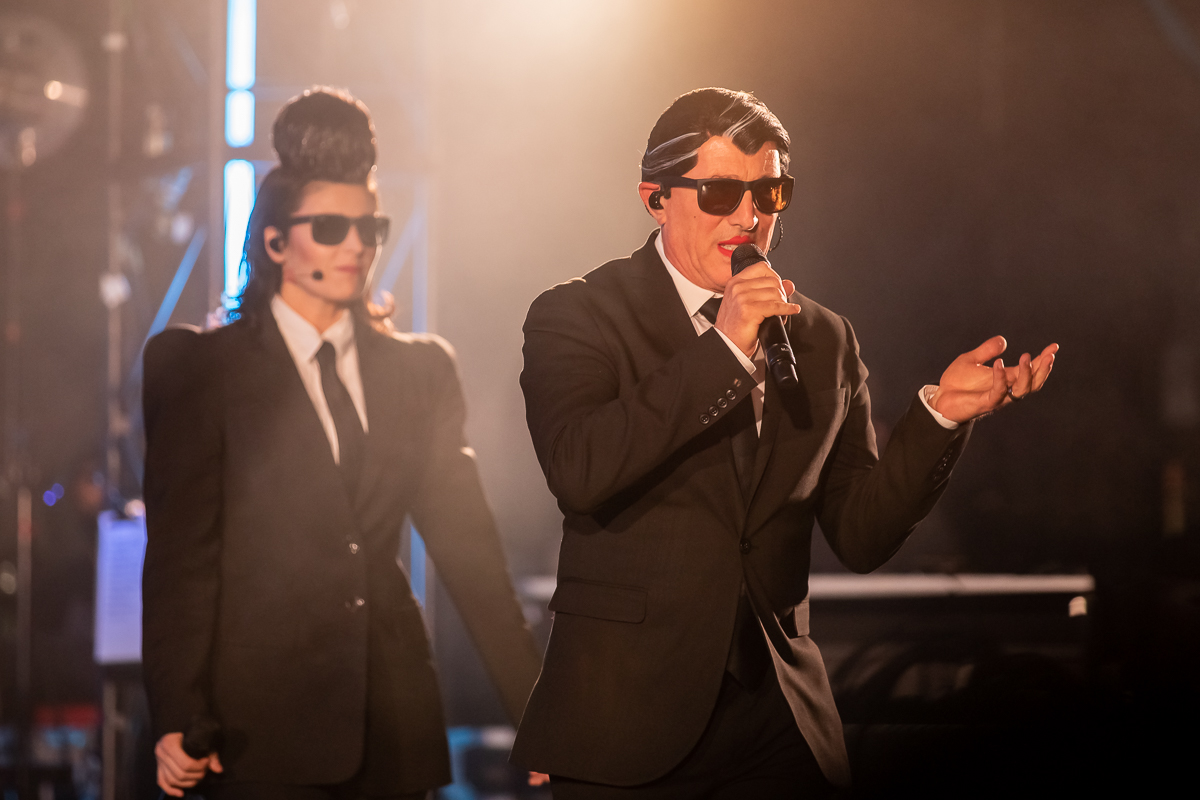 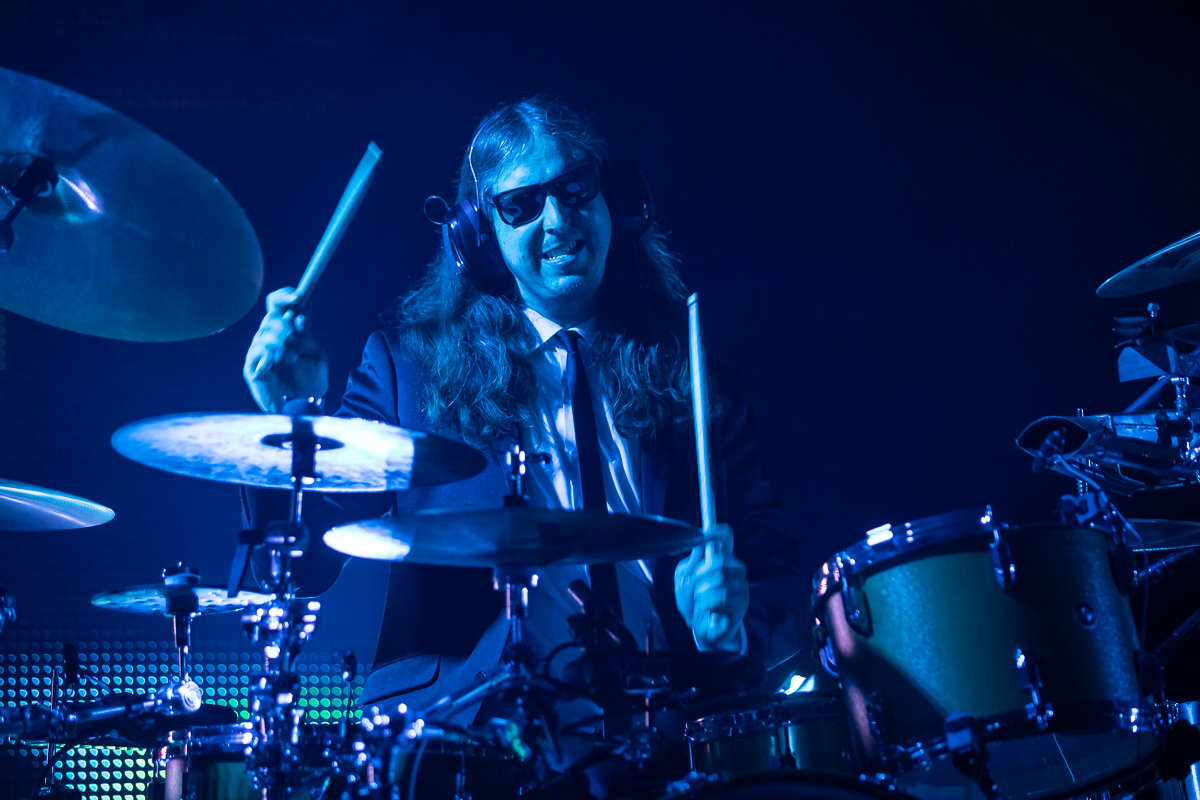