At first, Johnny Cinco was a beneficiary of the powerful Atlanta rap machine, then he got lost within it. Around 2013, he recorded a somewhat typical early 2010s ATL turn up joint, “They Gave the Wrong Young Nigga Money,” that lit up the city’s famed strip club Magic City, scoring him a record deal with the original iteration of Kevin “Coach K” Lee and Pierre “P” Thomas’ Atlanta-based imprint, Quality Control. Led by Migos, the label quickly became a hub for hot Atlanta upstarts, but the financial disappointment of the trio’s debut album in 2015 forced Coach K and P back to the drawing board. Ultimately they decided to trim down the roster, and one of those cuts was Johnny Cinco, who has been operating in the independent shadows of Atlanta ever since.

This might sound like the story of a rapper screwed by the industry, but I don’t entirely believe that’s the case. Johnny Cinco’s music at that time was fine but unremarkable–he simply laid a slightly narcotized melodic delivery over the trendy sound of the moment. In the last couple of years, though, beginning with his 2020 mixtape Hood Drake, his sound has bloomed behind moody vocals that have become more melodic and ATL trap production featuring lush R&B brushstrokes.

His latest tape Pop It Don’t Stop It is a solid entry point to his revamped style. Centered around a cool vibe, it takes the form of a hazy blur of sing-raps. A continuous stream of lightweight lyrics reflect this laid back mood. “Lotta losses hell it come with it/Lotta sacrifices made me who I am, ain’t nothin’ to this,” raps Cinco like he’s mid-shrug on the opening line of “Don’t Think We Lying.” It’s lifestyle rap that’s not problem free; he gets stressed out, and sometimes things don’t go as planned. On “No More Talking” he’s living large, but sounds bored of it. Over a Roy Ayers sample drowned out by the rattling hi-hats on the title track, he gives vague lines different shades of emotion with tiny melodic tweaks.

Because the mixtape’s sound and themes are so repetitive, it occasionally feels slight. On “Never Average,” his vocals slip into a dull robotic register, and on “Baffled,” his weak lyrics don’t sustain a more stripped down approach. But since all the songs are so short and breezy, the lackluster ones fly by innocuously.

This consistency in sound and themes are also what gives the tape its atmosphere; Cinco’s mantra seems to be I’ve been through some shit and I’m still here chilling. The song that best represents that is “Rags to Riches,” a piano-driven joint with sputtering drums, where every line feels delivered with a sigh of relief: “I’ve been ballin’ way too long, this shit here don’t make no sense.” He feels like a regular dude. Nearly a decade in, Johnny Cinco has found his niche in lowkey, grounded lifestyle raps. 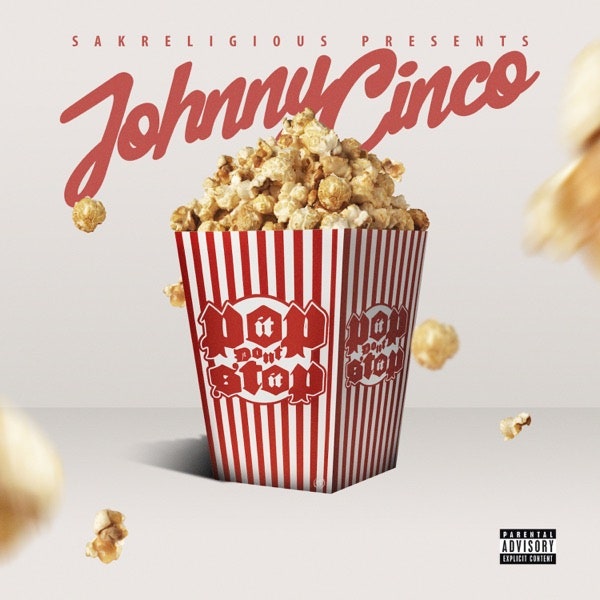