Digga D scored his first UK Number One last week with his third mixtape, Noughty By Nature. Among those listening and poring over the snappy West London drill rapper’s lyrics were the Metropolitan Police officers responsible for enforcing the conditions of his extraordinary Criminal Behaviour Order (CBO). Under the terms of his CBO, Digga, born Rhys Herbert, has to notify the police of any new music within 24 hours of it being released and provide lyric sheets. Breaching his CBO can mean more prison time (Digga, now 21, has already discovered this the hard way). But for Digga, these conditions aren’t a legal oddity. Since 2017, he’s been forced to adapt, which means verses thick with misdirection and a lyrical dexterity and comic wink that outstrips most of his drill rap peers.

The first thing Digga says on Noughty By Nature, pattered over a plaintive harp, is “Anything you hear man rapping about is facts. Nothing’s fabricated.” He proceeds to slide on fat kicks and skittish snares into a potted autobiography—but the names of people and places have all been skidded through by the censor’s pen. The tussle between facts and Digga’s own freedom is at the heart of his output, both as a conceit and a tool to unpick the depths that his braggadocio conceals.

The way Digga raps about violence is particularly complex. Over drunken trumpets on highlight “Stuck in the Mud,” playground games are the setting for street duels, where sickly sweet Jammie Dodgers biscuits become slang for faulty firearms, and being found in a game of hide-and-seek has deadly consequences. On “Addicted” (a half-successful piano ballad), he draws parallels between physical and mental addictions and how violence has become embedded within his peer group. Even while he raps about having “Blood on my cutlass” (on “Rambo”), he’s alive to the futility of these conflicts: The brutality on show here isn’t always to be gawped at. As Digga recalls a victim’s “horrendous” scream on “Let It Go,” the song’s knotty double entendre—with its refrain of “I told bro don’t let it go”—encapsulates the stiff push and pull of street violence.

Digga hasn’t forgotten how to have fun. He likes flashing his cash. He likes traveling: to influencer petting zoo Dubai, where he shot a glitzy video for “Pump 101” (one of three boisterous 50 Cent homages on the tape); and to the U.S., where he links up with Hotboii, B Lovee, and Moneybagg Yo for a string of convincing collabs. And he still gets giddy over blowjobs in a way that only teenage boys do. His quick delivery and class-clown ad libs—of “glee” and “whee” and “woi,” and other variations that no doubt haunt the sleep of parents and school teachers—are TikTok catnip. The have-a-go approach inevitably spits out the occasional dud: “Why,” a collaboration with fellow West-Londoner AJ Tracey, raises only the question of why—with its droning chorus and ham-fisted Robert Miles sample—it was included on the album at all. 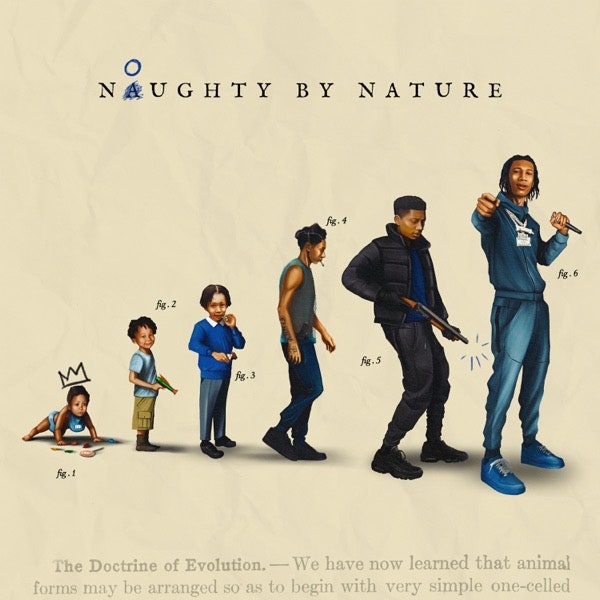