Dismissed by critics as Led Zeppelin wannabes, the Canadian prog-rock trio Rush spent the ’70s converting adolescents to bookish fancies with Alex Lifeson’s six-string runs, Neil Peart’s percussive kinetics, and a dexterousness on bass by Geddy Lee that complemented a vocal approach best described as a legible shriek. It awed kids who grew up with Rush. In 1997, Stephen Malkmus devoted a stanza to Lee in Pavement’s “Stereo.” So the Canadian trio and Zeppelin had similarities after all: Like Robert Plant, Lee sang as if he were a second guitar. Differences too: Where Zep stank of sex, Rush smelled of bookshelf dust.

Gauche enough (i.e. young enough) to laud the “genius of Ayn Rand” in the liner notes to 2112 (1976), Rush flitted through the decade setting their influences to music. Now that no one younger than 50 gives a damn about why punk recoiled from prog, those albums before 1980 offer solid, stolid musical elongations on the addled fiction familiar to, say, fans of Genesis’ 1973 album Selling England by the Pound. With Rush, though, there was a turbulence, an aversion to the ornamental. When they discovered they could sound pretty on A Farewell to Kings’ “Closer to the Heart,” it was a glass of wine after years of grape juice.

Touring had taught Rush the interior design of their own material. Moving Pictures is the result. Released in 1981, their eighth studio album—reissued in honor of its 40th anniversary in a sumptuous multidisc/multi-LP set—mastered concision. Instead of three- and four-minute things like “Fly By Night,” “The Trees,” and “Closer to the Heart” acting like smoke breaks between epics, the ten-minute “The Camera Eye” is the anomaly amid a suite of often severe tunes with choruses and middle-eights. Taking seriously the notions of progress espoused by their lyrics, Rush must have noticed these bright, shiny tunes on the FM dial mostly recorded by younger men whose brevity matched their hair length.

And rhythms too! Not quite mystic ones, but Rush’s instrumental chops and charming, gawky futurism produced a supple incorporation of dub and reggae. Someone in the Rush dressing room must have loved the Police who were, at the time, three albums into a career that would turn them into the world’s biggest band and most fractious trio. To absorb Black rhythms through the filter of another white trio works as insurance: It’s less fraught to get blamed for borrowing from people who look like you. Rush experimented with a slight skank on Permanent Waves’ “The Spirit of Radio,” which might explain why it became an actual hit in reggae-drenched England than in an America that went through the trouble of keeping Black disco-tinged acts off the air. With Lifeson playing up- and downstrokes, Moving Pictures’ “Vital Signs” shows the most obvious signs of Police work, but the sequencer may bear the influence of Peart’s beloved Ultravox. After all, to quote him, “Everybody got to deviate/From the norm.” 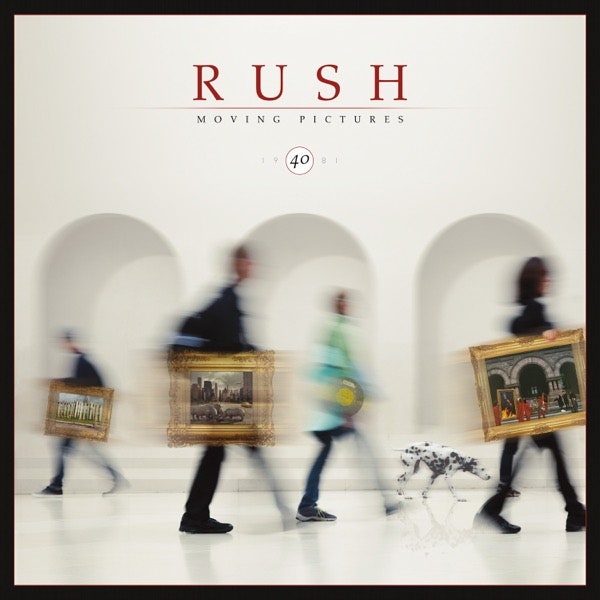