Westside Boogie knows he’s toxic, but he’s working on it. Toxicity—especially when it comes to relationships—is nothing new in hip-hop, though it’s become something of a meme over the past decade. And though Boogie hasn’t reached Future levels of performative irony just yet, unpacking the tribulations of love and his time immersed in California gang culture is central to the Compton rapper’s music. Every sepia-toned memory of friends lost, like 2014’s “Still Be Homies,” is matched by the petty romantic squabbles of 2016’s “Two Days” or “Nigga Needs,” with Boogie unafraid to be the complicated antihero of his own story.

More Black Superheroes, Boogie’s second album under Eminem’s Shady Records, searches for deeper meaning in navigating emotional vulnerability as a Black man. Honesty means little when it’s not backed by actionable change, and Boogie finds power in admitting when he’s fallen off the trail. “Running from my issues/Don’t give me your praises/Just want you to know that even heroes still need saving,” he says bluntly on “LOLSMH II” before lamenting that “fame is a prison.” Like Kendrick Lamar’s Mr. Morale & The Big Steppers, Superheroes is a concept album from a thirtysomething California rapper putting themselves through musical therapy. What distinguishes the project is Boogie’s earnestness, which makes his struggles feel tangible.

Boogie’s songwriting is at its best when he homes in on just being another dude from the block with his own set of problems. On “Stuck,” the tug-of-war between old and new thinking manifests in the banal (putting chips on a sandwich) and the raw (telling his mother he loves her more). “Nonchalant” is a jaunty back-and-forth between Boogie and vocalist Mamii where he lays out his destructive habits (“She into crystals to release/And meditation at the beach/I’m into actin’ like a thief/And comin’, takin’ all that peace”) and then acts surprised when she stops answering his calls. On several occasions, he dwells on the irony of continuing to make songs about the harmful patterns he’s perpetuating. He’s the rap game Sisyphus, making emotional progress and watching most of it slide back down the hill.

The subject matter isn’t much different from other Boogie projects, but there are enough new variations to keep his thoughts fresh. He’s more likely to let his guard down, indulging the idea of romance on “Can’t Get Over You” and “Somethin Strange.” On “LOLSMH II” and “Prideful II”—both sequels to older songs—he rattles off tales of lust and deception worthy of an episode of Insecure. The production, primarily handled by executive producer Keyel, sways between the modernized G-funk grooves and synthetic lowrider snap that have always characterized Boogie’s music. Sometimes, like on “Prideful II,” the sounds meet in the middle, hi-hats bouncing next to guitar strums and vocal coos. Boogie sounds as comfortable singing over soul drums and smooth bass licks as he does rhyming over steady speaker-rattling drums.

While Boogie handles every sound thrown his way, the structure of the album occasionally derails its ambitions. Closer “Anthony (War)” dilutes the effect of previous track “Windows Down” and its shock ending: soul-bearing confessions cut off by a car crash. This snag briefly detracts from Boogie’s intimate writing, which is as sticky as a wad of gum. As opposed to the straightforward way 2019’s Everything’s for Sale approached the transactional nature of love and death, there’s a tinge of irony to More Black Superheroes that gives weight to its darker moments. Honesty may be his superpower, but he’s no better at avoiding temptation or succumbing to emotional impulses. And yet, the dichotomy of trying versus succeeding to better yourself is the latent theme of the album. You can’t be a hero if you’re not willing to face your demons. 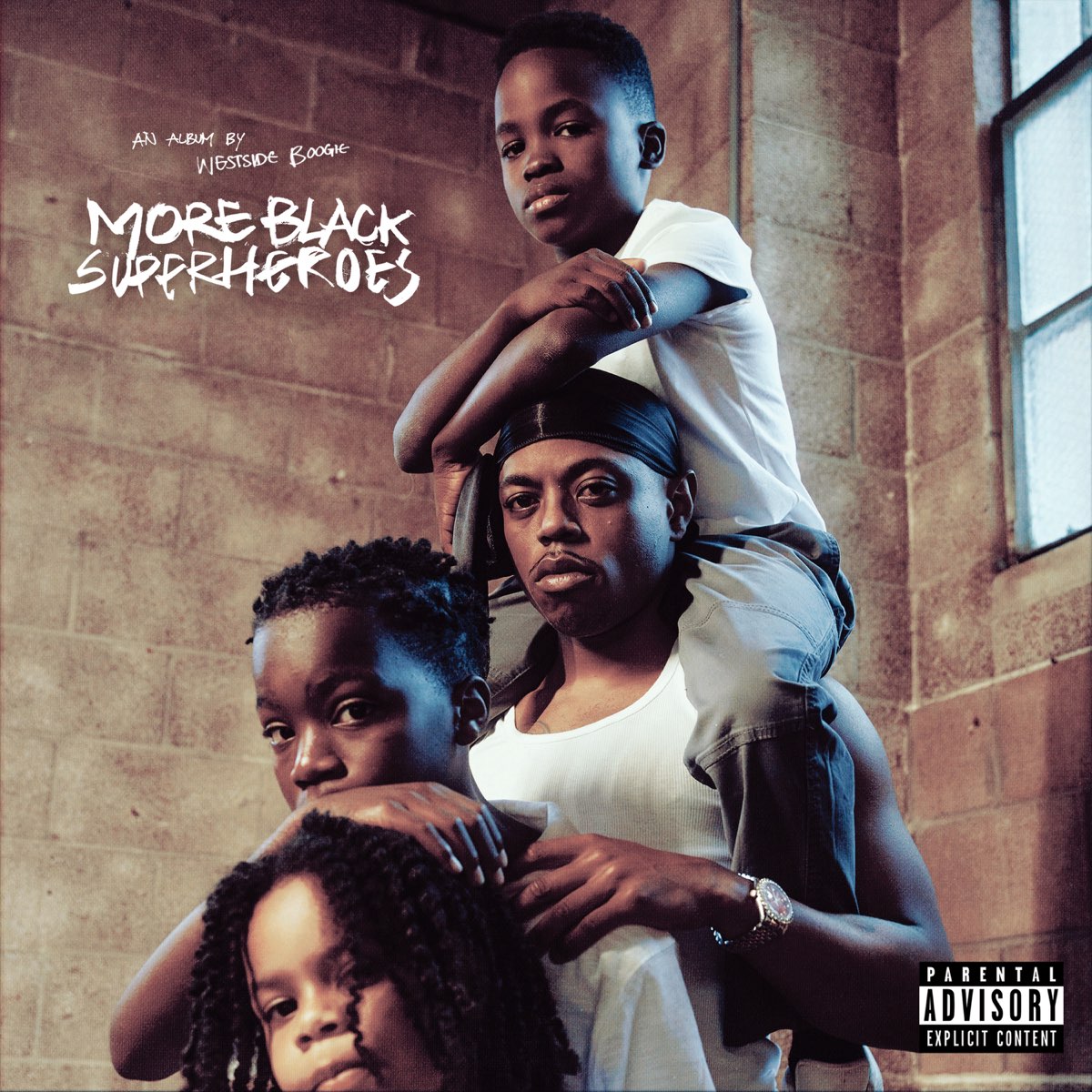