Real Estate’s 2020 album The Main Thing never had a chance. As singer and guitarist Martin Courtney tells it, the New Jersey band labored uncharacteristically long over their fifth LP in a bid to make something that couldn’t be dismissed as “another Real Estate record.” A self-consciously big statement from a band that specialized in endearingly small ones, the album was released just days before the pandemic brought the world to a halt. Yet even with better timing it’s hard to imagine it could have met its lofty ambitions of rekindling the critical goodwill once enjoyed by a veteran indie group whose modest guitar-pop sounded out of step with the times, even during their early ‘10s heyday.

Courtney set out to make The Main Thing Real Estate’s best album, but on some level he seems to understand that he wasn’t being true to himself by forcing it. This is, after all, the same songwriter who insisted on Days that it shouldn’t take all summer long “just to write one simple song.” And so for his second solo album Magic Sign, written while separated from his bandmates during the pandemic, Courtney defaulted to the more carefree songwriting that’s always come most naturally to him. After pouring so much into The Main Thing with so little to show for it, “I didn’t really want to think too hard about any part of the process of making this record,” he explained.

Courtney has never needed an excuse to dwell on comforts; he’s already architected one of the most tension-free discographies in modern indie-rock. But on Magic Sign, which he drafted largely at night while his kids slept and his wife worked late shifts at the hospital, the good vibes serve as a kind of defense mechanism. Amid the fear and uncertainty of the pandemic, he retreated to some of his safest, most sacred memories of adolescence—particularly of those transitional years where he found the freedom to roam beyond the New Jersey suburbs.

“In the basement of my mind, I’m on a bike in 1999,” he sings on “Merlin.” On “Shoes,” he similarly reminisces on long days with nothing but time to kill: “In vacant lots with dusty shoes, we found things to do.” The accompaniments are fittingly blissful, chime-forward as always but with just enough variations to set it apart from a Real Estate LP. The reverb is turned down and the vocals are pushed way up; strings and pedal steels further warm several songs, while The Walkmen’s Matt Barrick provides some thrust behind the drum kit, especially on “Sailboat,” a sugary homage to Yo La Tengo’s gentle rippers. It’s all brought to a hi-fi finish by Rob Schnapf, the Elliott Smith producer whose presence highlights the similarities between Courtney’s droopy sighs and Smith’s own wistful tenor.

Despite its overt optimism, there are cracks in the album’s dreamy facade. Courtney’s lyrics are filled with allusions to silent houses and empty lots, all of which give the impression of a world that’s moved on from his memories. Over the Byrds-y twang of opener “Corncob,” he struggles to remember the name of a childhood pal he ran around with. The more he tries to live in the past, the more he’s reminded of age. A more dramatic songwriter might further explore that dissonance, but Courtney never digs all that deep. Even when he’s singing about ghosts in the walls on “Sailboat,” it sounds like another pleasantry.

Courtney’s breezy, honeyed harmonies make the record go down easy, but Magic Sign may be Courtney’s first album that errors on the side of being too carefree. He’s always kept his lyrics simple, but here he falls back on so many underdeveloped “head/bed,” “sound/around” rhyme patterns that his prose often feels like a first draft he never got around to tightening. Maybe he was making a point by keeping his lyrics so plain. There are albums born of a burning need to create and express, and there are albums that exist simply because the artist had the spare time and inclination to make them. Magic Sign never pretends to be anything other than the latter. 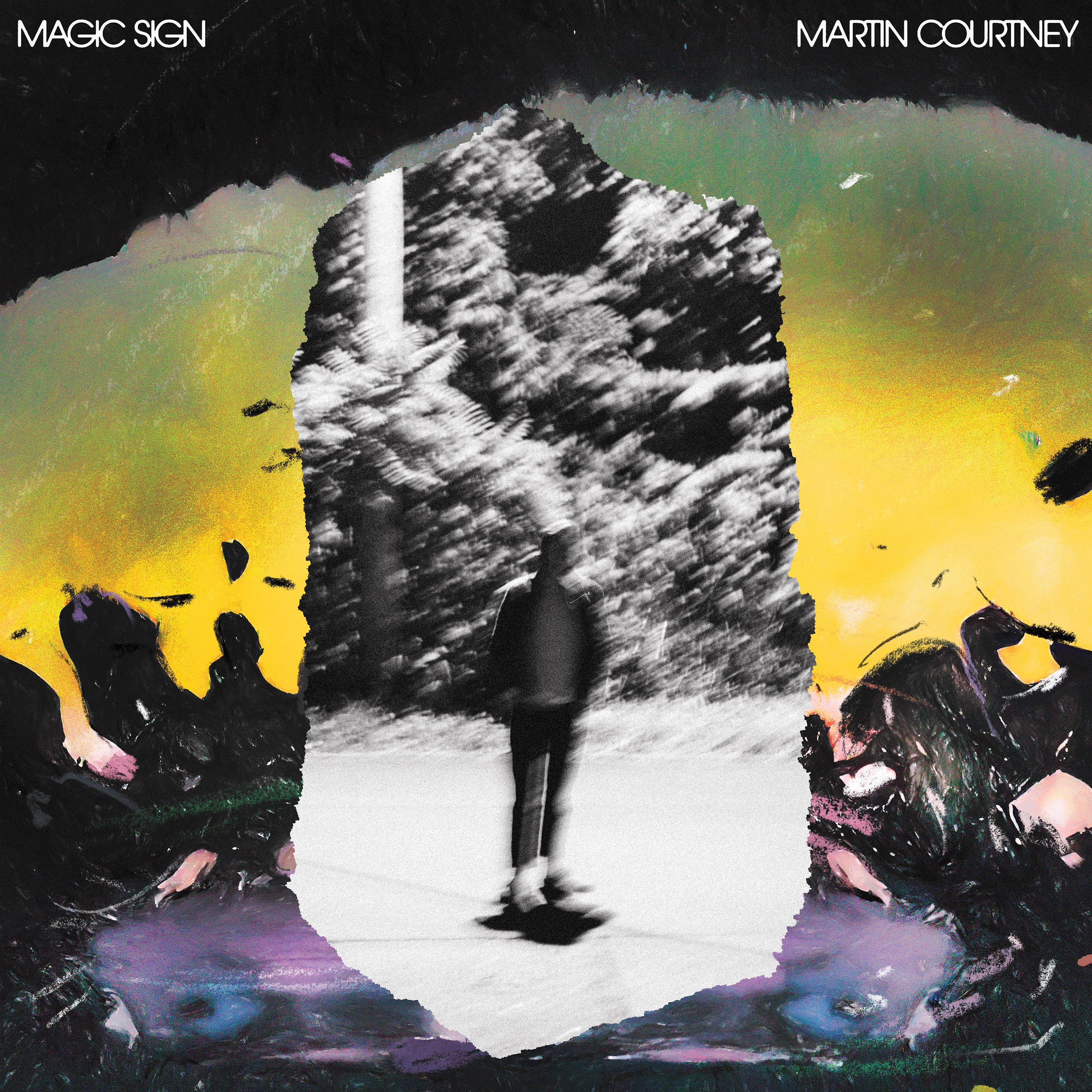