True to its title, Magic Pony Ride embraces Paradinas’ sugary side. Synths froth and squeak. Kitschy piano riffs ascend to euphoric heights. Sampled vocals coo. Songs like “Uncle Daddy” and “Turquoise Hyperfizz” contain some of his most unabashedly happy arrangements to date, ironing out the jazzy, occasionally dissonant wrinkles of traditional IDM in favor of pure indulgence. It’s the most exciting of the new developments in Paradinas’ style, merging the plasticky stringed melodies of Planet Mu signee Jlin with the dreamy headspace of Orbital.

The lower end of these mixes feels less inspired. On “Magic Pony Ride (Pt. 2)”, drum fills bob awkwardly beneath squelching synths, merely fleshing out the soundscape where a Lunatic Harness break might have pushed the track into unknown territory. Take the mangled percussion that crops up two-thirds of the way into that record’s now-classic “Brace Yourself Jason,” for instance, which slows things to a lossy, glitched-out crawl before Paradinas rattles off a pseudo drum solo. It’s a jarring detour, but the break reinforces the impact of the song’s melodic theme as it resurfaces one last time. The tracks on Magic Pony Ride may resemble these ancestors at a surface glance, but they lack the adventurous whimsy that earned comparisons to his buddy Richard D. James. “Unless,” which clocks in at a full six minutes, is the record’s most stagnant offering on this front, riding a flat, unadorned bassline for half of its runtime before a single kick or snare enters the fray.

Some of Magic Pony Ride’s best moments take place when Paradinas ditches the breaks altogether. “Picksing,” built around an oddly looped sample of his daughter’s voice, is both eerie and inviting, weaving breathy synths, bouncing keys and chopped vocals to immersive effect. The intro to “Don’t Tell Me (It’s Ending),” likely an homage to Brian Eno’s “An Ending (Ascent),” is also lovely, featuring cute pulses of vocoder that would feel right at home on a PC Music single.

The past 24 years of Paradinas’ work as head of Planet Mu have considerably broadened the horizons of mainstream club culture, introducing his audience to genres like footwork and bubbling house while encouraging the label’s artists to experiment and evolve. So while μ-Ziq ranks lower on his list of priorities than it did in 1997, it’s a little disappointing to hear such a retrospective project from an artist who’s always been down to toy with the sounds of the present. The flirtations with trap and dubstep that appear throughout his latter discography haven’t always succeeded, but they were at least admirable in their willingness to swing for the fences. Look to the remix EP μ-Ziq dropped in April for that missing sense of abandon: In the hands of footwork producers like RP Boo and DJ Manny, his tracks are pared down to the bare essentials, flayed to bits and rearranged into inventive polyrhythmic mosaics. Based on these two releases, Paradinas’ talents as a curator have eclipsed his own musicianship—when you’re surrounded by the future, looking backward can look like regression. 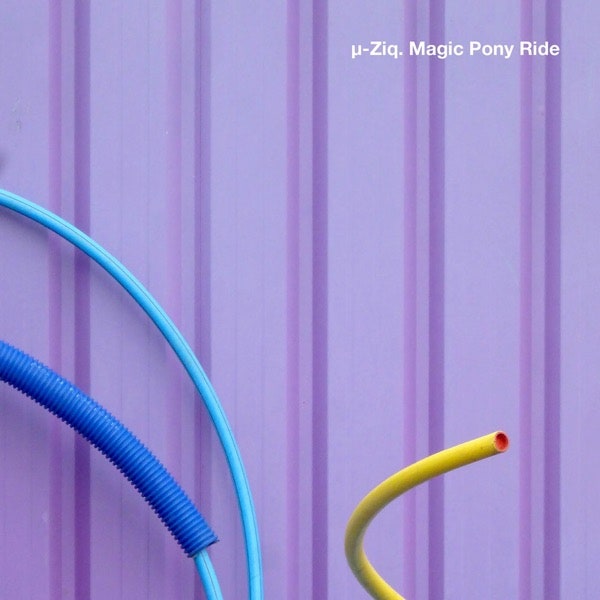