Since Poliça first gained traction in the early 2010s, vocalist and synth player Channy Leaneagh has been their franchise player, doing the lion’s share of press and standing in the spotlight during live shows and videos. On the Minneapolis synth-pop group’s latest album, Madness, there’s a shift: Leaneagh’s swooping voice is less central than it was on 2020’s When We Stay Alive, an album that combined ruminative lyrics about injury and recovery with arrangements that felt a little too slick and mechanical. Madness flips that approach. The instrumentation is more laid back, but the vocals—always a key part of Poliça songs—receive a surreal, futuristic sheen.

Madness makes prominent use of Allovers, an “anthropomorphic production tool” designed by producer Ryan Olson (also Leanagh’s husband) and Seth Rosetter. In 2019, the pair incorporated it into a MASS MoCA sound installation that transformed a museum building into a kind of living instrument, generating music based on the idle chatter and movements of patrons. On Madness, it blends the percussion with the swelling synths to create an uncanny valley quality—too organic to be digital, but too robotic to be analog. What might have been a stack of synths and drums on an earlier Poliça record now has an unpredictable rhythmic and sonic variance, like the familiar yet bizarre refractions of artist Alexander Mordvintsev’s DeepDream technology.

The use of Allovers leads to some interesting textural moments, like the oscillating, tinny ding behind the neo-soul groove of “Blood” or the guttural gurgling underneath “Away.” In general, however, Madness plods more than the band’s best work and doesn’t make as novel use of Ben Ivascu and Drew Christopherson’s dual drummer setup. The most musically interesting Poliça records, like 2016’s United Crushers, balanced moments of ambience with jagged, uptempo anthems that invited dancing. At just seven songs, Madness devotes nearly half its runtime to burbling ballads that lack structure, denying the catharsis of those career peaks.

Madness is billed as a “companion piece” to When We Stay Alive, an album partially inspired by Leaneagh’s recovery from a debilitating fall that reshaped her perspective. None of the lyrics here hit with the same level of urgency or intensity, although “Fountain,” with its description of a tumultuous relationship, comes closest. (“Don’t you calm me when I speak/I will never be that weak,” Leaneagh warns.) In early interviews, Leaneagh explained her resistance to being perceived as a singer-songwriter, claiming to focus less on enunciation than conveying emotions, and this record makes her writing feel secondary to the music. 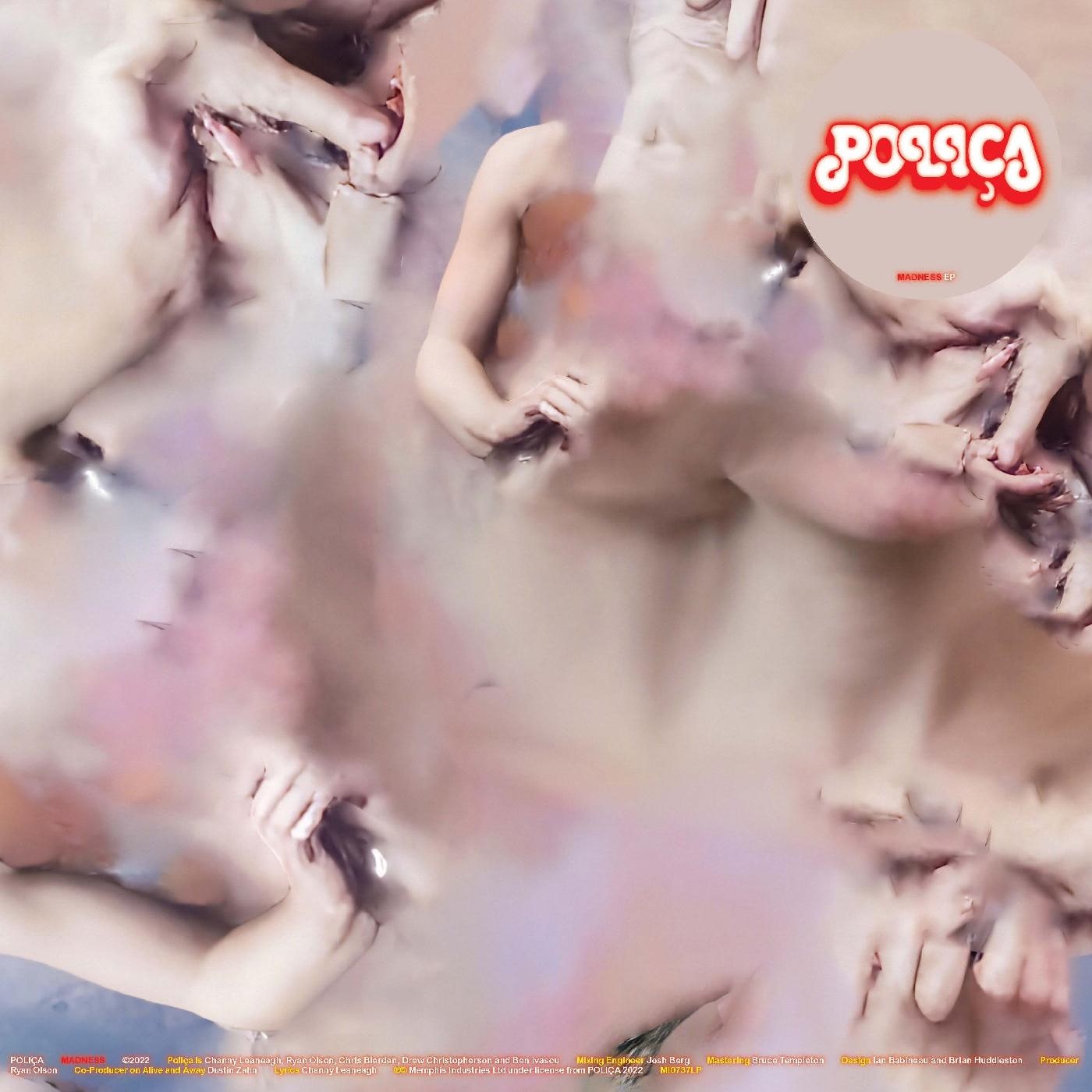