As promised, Beyoncé has released the new song “Break My Soul.” The track features two prominent samples: a modified synth melody from Robin S.’ classic house hit “Show Me Love”  and a vocal lifted from Big Freedia’s “Explode,” from the 2014 LP Just Be Free: “Release ya anger/Release ya mind/Release ya job/Release the time/Release ya trade/Release ya stress/Release the love/Forget the rest.” Listen to “Break My Soul” below.

“Break My Soul” is Beyoncé’s first piece of music since the announcement of her new album Renaissance. It’s also her first original song since she released “Be Alive” last year. The track was produced by Beyoncé, The-Dream, Tricky Stewart, BlaqNmilD, and Jay-Z. Big Freedia, Allen George and Fred McFarlane—who wrote “Show Me Love”—are listed as co-writers. Renaissance is out July 29.

Fans began to speculate that Beyoncé was up to something when she cleared out her social media profile photos earlier this month. The record is seemingly subtitled “Act I.” According to an unverified tweet from the fan account Beyoncé Legion, Renaissance is a 16-song album. Shortly after announcing the album, Beyoncé appeared in a British Vogue cover story that included allusions to new music.

Renaissance will mark Beyoncé’s first solo studio album since Lemonade. Since sharing that LP in April 2016, she has collaborated with her husband Jay-Z on Everything Is Love and released Homecoming: The Live Album, capturing her iconic 2018 Coachella performance. She also released The Lion King: The Gift in 2019. (Beyoncé voiced the character Nala in the remake of The Lion King.) The soundtrack album featured contributions from a star-studded cast including Jay-Z, Kendrick Lamar, Childish Gambino, Pharrell Williams, Tierra Whack, 070 Shake, Major Lazer, and Baby Keem. She curated and oversaw The Gift, too, calling it “a love letter to Africa.”

In 2020, Beyoncé issued the song “Black Parade,” as well as her visual album Black Is King. The following year, Beyoncé took home the Grammy Award for Best R&B Performance for “Black Parade.” At the same ceremony, she also won Best Rap Performance and Best Rap Song (for “Savage”), as well as Best Music Video (for “Brown Skin Girl”).

Beyoncé got a nod for Best Original Song at the 2022 Oscars, for “Be Alive.” The song was written for the movie King Richard, which follows the young Williams sisters as they are coached by their father, Richard Williams. The Academy Awards aired an exclusive performance of the track, taped a week earlier at the Tragniew Park tennis courts in Compton, California—the same place Venus and Serena Williams ran drills as children. The Williams siblings introduced the video, which featured appearances from Beyoncé’s daughter Blue Ivy and a troupe of dancers.

Last September, Beyoncé sang “Moon River” for a Tiffany & Company ad campaign that also featured Jay-Z. The campaign included an image of Beyoncé and Jay-Z posing in front of a long-unseen Jean-Michel Basquiat painting titled Equals Pi. Friends of the painter criticized Tiffany’s use of the painting, but the jewelry company defended itself, saying, “all important works provoke thought and create a dialogue.” 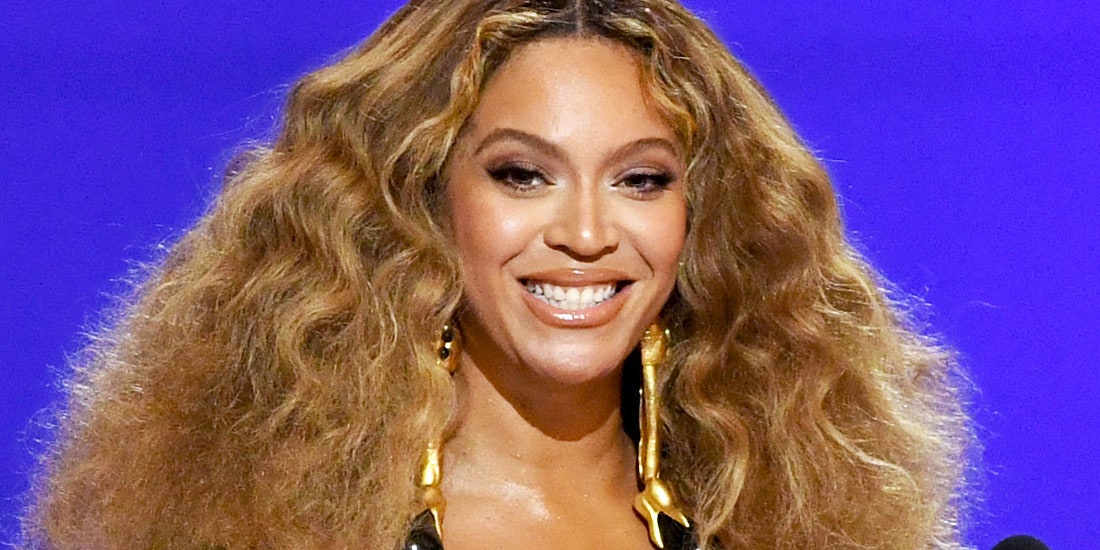