Though they’ve long served as a more thoughtful alternative to the Big Britrock Lads with whom they’ve shared festival stages, Foals aren’t trying to be the thinking person’s alternative to anything anymore. If not exactly dumbed-down, Life Is Yours is Foals for Dummies—a breezy, step-by-step simplification for people who want to get the gist and don’t mind being talked down to a little. They’ve gained far more fans than they’ve lost on the path from “math rock” towards algorithmic pop-rock, now fitting snugly between  Glass Animals and Måneskin on KROQ. And Life Is Yours is not a hard left turn but the end result of a gradual streamlining: from a quintet to a trio (keyboardist Edwin Congreave departed last year); from an indulgent, self-produced double album (spread out over seven months) to a propulsive, Dan Carey-assisted 41 minutes; from the stadium-scale, wooly funk of the Cure and Red Hot Chili Peppers to Chic and Duran Duran’s sleek, subversive pop.

What remains in the first half of Life Is Yours are songs that do away with Foals’ trickier instrumental interplay and subtler emotions and leave nothing at all open to interpretation. Yannis Philippakis sings earnestly and often clumsily about positivity, nostalgia, sex, dancing, and drugs in songs with appropriately blunt titles: “Wake Me Up,” “2AM,” “2001.” Their impact is entirely based on how much the listener is willing to give Foals the benefit of the doubt: The feeble jabs against climate crisis and Trump on 2019’s Everything Not Saved Will Be Lost shouldn’t have been taken as a mandate for more of the same, so isn’t counterprogramming a better use of Foals’ skill set? After establishing their own formula over six albums, aren’t Foals justified in seeking liberation in someone else’s?

Or is this style of music a path of least resistance—more accommodating of Philippakis’ increasingly generic songwriting? Rhyming “fire” with “burning up my desire” instead of “burning higher” on “Wake Me Up” is what passes for a surprising turn of phrase here. There’s dissonance between the darker sexual impulses of “2AM” (“No I can’t sleep alone/I just want to go home and it’s 2 a.m. again”) and its chipper backing track, but no tension; I don’t hear a desperate nightcrawler so much as someone casually flirting in an afternoon beer queue at Glastonbury.

Then again, those are the spaces which Foals have always occupied; no actual dance DJ was likely to reconfigure their playlist to accommodate a “2AM” 12″ remix. If the goal is to keep the party going for people who entered the tent during Total Life Forever and Holy Fire, Foals absolutely have the right idea. Everything Not Saved Will Be Lost didn’t serve a double album’s typical function of either securing a band’s legacy or exploding its boundaries; if anything, it proved that, left to their own devices, Foals probably could’ve filled a quadruple LP with lesser takes on “Spanish Sahara” or “Inhaler.” No longer saddled with the windswept ballads and aggro riffing that kept them firmly in the good graces of UK rock mags, Life Is Yours is the most consistent Foals album almost by default.

If it doesn’t achieve the long-promised outcome of “filler-free” Foals, Life Is Yours unexpectedly thrives when it reintegrates the studio trickery that used to weigh down previous side Bs. The one-step solution: applying all of these things to higher BPM. “Flutter” shifts from a vaguely urbano bump to full-on screamadelica, a bold new context for the same old octave-shifted riffs. Philippakis’ falsetto becomes fully entangled in the elastic groove of “Looking High,” the one instance where Foals remember they have one of popular rock’s most inventive drummers. While invoking a band that’s been far more successful at reconciling their club- and arena-rock influences, even the title of the penultimate “The Sound” suggests a lesson that came too late: The more Foals lose themselves in the joy of pure sonics, the more they remind us who they actually are.

Foals: Life Is Yours 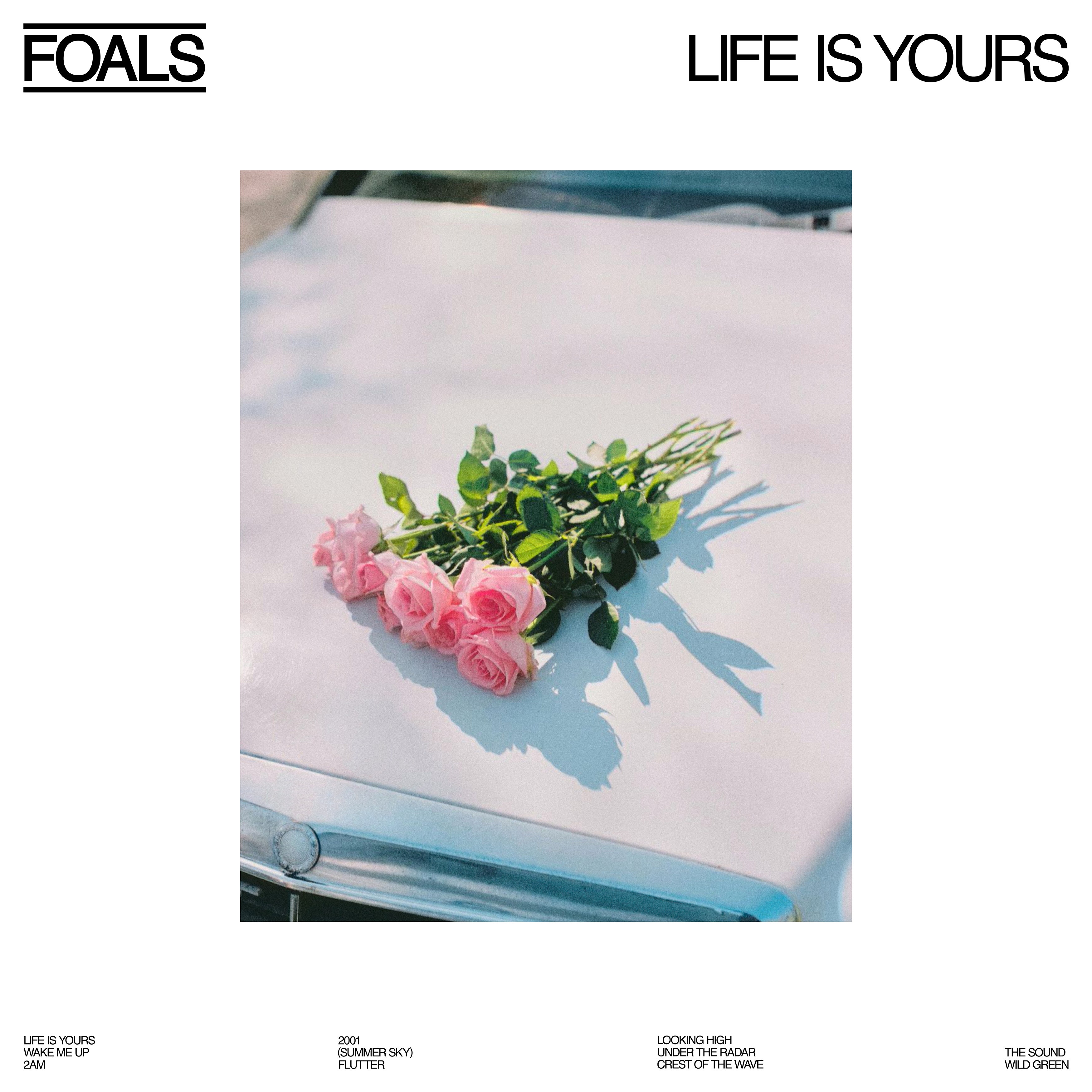