Klaus Schulze, the pioneering German electronic composer, has died, his representatives confirmed in a statement. Schulze died Tuesday (April 26) following a long illness. Frank Uhle, the managing director of his record label, SPV, wrote that while Schulze had been ill, his death was “sudden.” “We lose and will miss a good personal friend,” Uhle wrote in his statement. “One of the most influential and important composers of electronic music—a man of conviction and an exceptional artist. Our thoughts in this hour are with his wife, sons and family. His always cheerful nature, his innovative spirit and his impressive body of work remain indelibly rooted in our memories.” Klaus Schulze was 74 years old.

Born in Berlin in 1947, Schulze played drums and guitar in a number of local bands in the early-to-mid-1960s. Despite the widespread, garage rock template adopted by many groups of the era, Schulze approached his instruments with an experimentalist’s touch, placing his guitar on the ground and playing it with unlikely objects such as metal tubes and copper plates. In 1968, he played drums for the Berlin rock trio Psy Free, but left to join Tangerine Dream the following year. Schulze recorded percussion on the group’s 1970 debut Electronic Meditation. Schulze parted ways with the group, but would briefly rejoin Tangerine Dream in the 1970s and 2000s. Not long after the release of Electronic Meditation, Schulze formed the underground jam band Ash Ra Tempel alongside Manuel Göttsching and Hartmut Enke.

Schulze embarked on his prolific solo career following the release of Ash Ra Tempel’s self-titled first LP in 1971. His 1972 debut album, Irrlicht, was recorded using only an old organ and a busted amplifier, but on the subsequent Cyborg—an early influence on ambient music—Schulze experimented with the VCS 3 synthesizer, to which he would return for pivotal works such as 1976’s Moondawn, 1977’s Mirage, and 1978’s “X”. Schulze would go on to release more than 50 solo LPs; earlier this month, he announced his latest LP, Deus Arrakis, which had been scheduled for release on June 10. The album’s lead single, “Osiris – Pt. 1,” arrived just two weeks ago.

Schulze’s groundbreaking use of synthesizers and samples crowned him as “godfather of techno.” His techniques helped shape the Berlin School style—known for passages of insistent, sequenced notes—and laid the groundwork for ambient, IDM, and many other sub-genres of contemporary electronic music. His relevance never waned; while composing the score for last year’s Dune reboot, Hans Zimmer interpolated Schulze’s 1978 song “Frank Herbert” into one of his pieces. (Schulze issued an album titled Dune in 1979.)

Schulze’s lasting impact on electronic music can be partially attributed to his almost allergic response to the past. The composer refused to release reworks of his catalog, instead preferring to push forward and discover new sounds. “I hope never to get boring,” he said in a 1997 interview. “If an artist cannot amaze people anymore, that’s the end.” 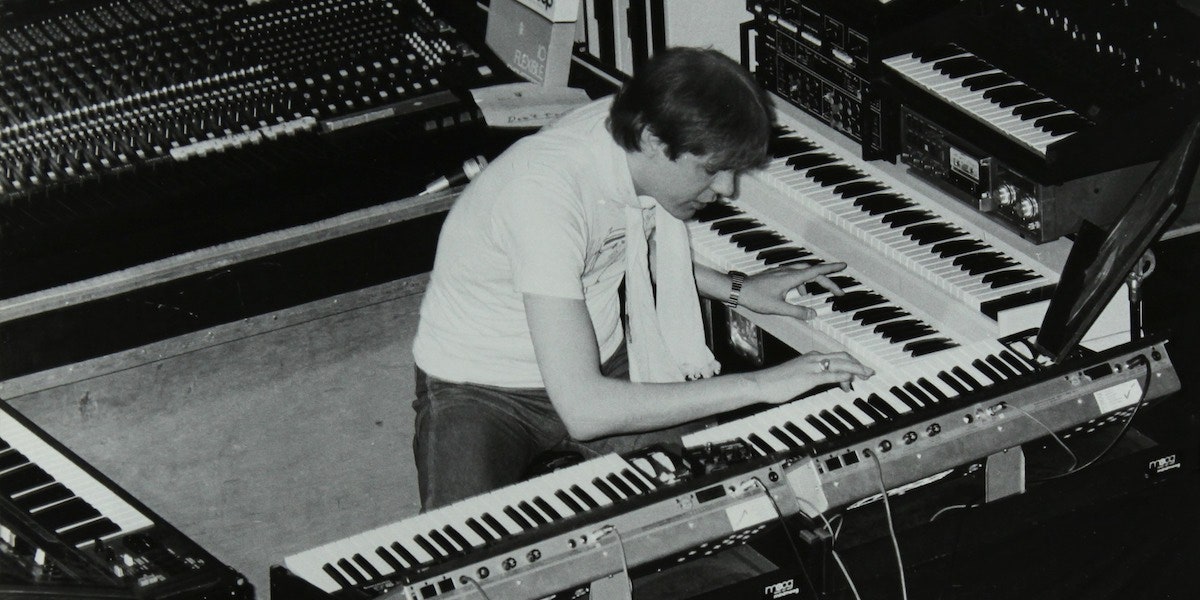