The Pulitzer Prize-winning rapper revealed that he was working on new material last summer, posting a statement to a new website titled Okloma. He said that the project would be his final release for Top Dawg Entertainment. In February, he joined Dr. Dre, 50 Cent, Snoop Dogg, Mary J. Blige, and Eminem for the Super Bowl halftime show, and he formally announced Mr. Morale in April. He offered one more cryptic teaser about the record a few weeks later.

Ahead of Mr. Morale’s release, Lamar continued his “The Heart” singles series with “The Heart Part 5.” He developed the deepfake video for the track—where he took on the faces of O.J. Simpson, Kanye West, Nipsey Hussle, and more—alongside South Park creators Matt Parker and Trey Stone, but the track didn’t appear on the album, in keeping with the series’ tradition. Lamar released a video for Mr. Morale’s “N95” shortly after the record came out. He’s set to tour the United States, Europe, Australia, and New Zealand with Baby Keem and Tanna Leone beginning in July. His tour includes stops at Rolling Loud Miami and Glastonbury.

Mr. Morale arrived five years after its predecessor DAMN., for which Lamar earned the distinction of being the first hip-hop artist to win a Pulitzer Prize. In the time between solo albums, Lamar curated and performed on the Black Panther soundtrack, which earned him a Best Rap Performance Grammy for the track “King’s Dead” with Jay Rock. They ended up having to share the prize with Anderson .Paak.

Lamar has made a handful of guest appearances on other tracks in recent years, joining Baby Keem for “Range Brothers,” “Vent,” and “Family Ties,” with the latter winning a Grammy for Best Rap Performance. He’s also dropped in on Busta Rhymes’ “Look Over Your Shoulder,” Terrace Martin’s “Drones,” and SiR’s “Hair Down.”

Outside of music, Lamar has dedicated his time to pgLang, his media firm with longtime associate Dave Free, who had announced his own departure from TDE in late 2019. In addition to ushering forth Baby Keem’s The Melodic Blue, the organization has also had a hand in campaigns for Calvin Klein and Converse. Lamar is also working on a live-action comedy movie with Matt Stone and Trey Parker. 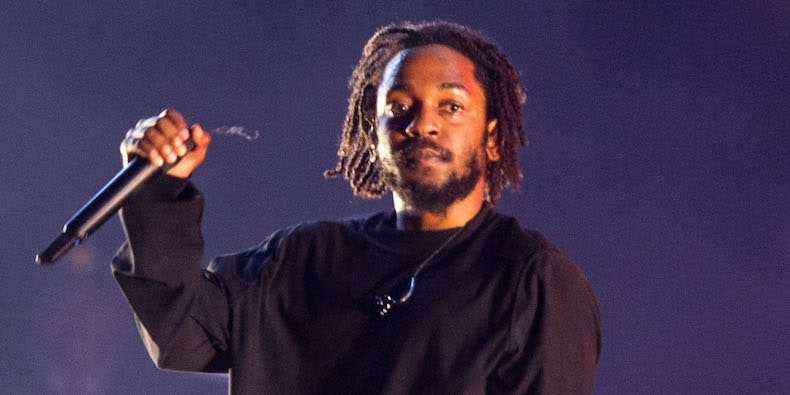