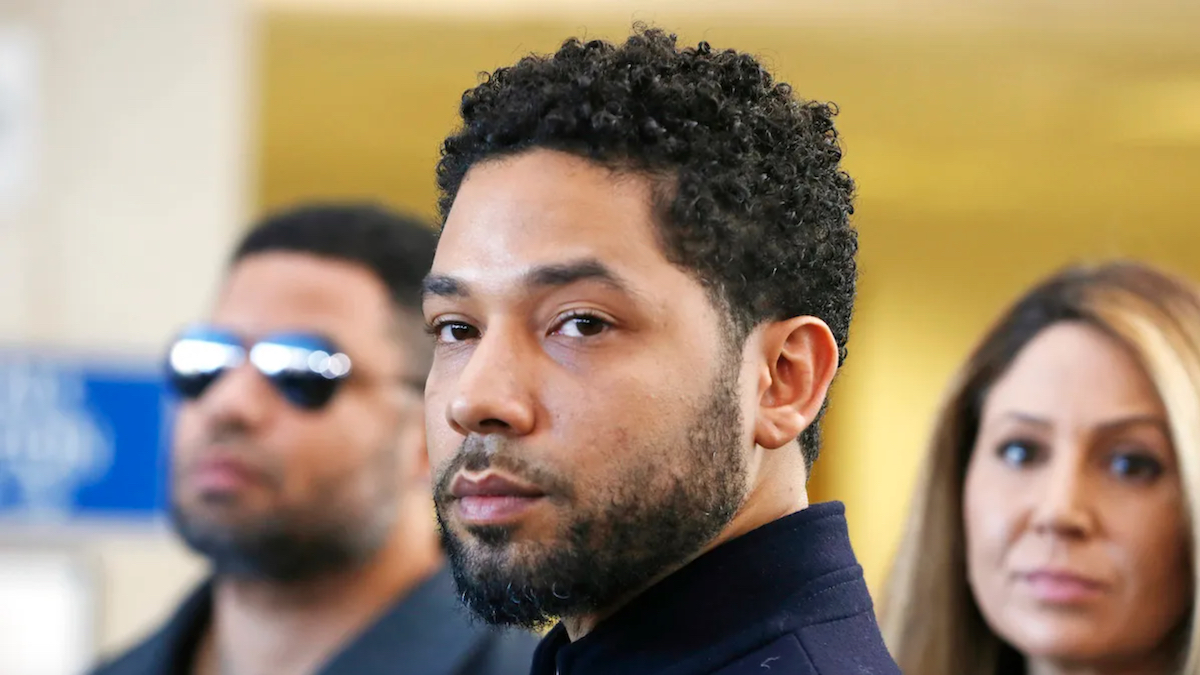 Jussie Smollett has only been out of jail for a couple of weeks, but he’s wasting no time trying to reclaim his character. On Friday, the Empire actor shared a new single called “Thank You God,” a glossy R&B number that references the December court case that found him guilty of staging a hate crime and lying about it to Chicago police.

Dedicating the song to “the people who kept it real,” Smollett said he’s donating all profits from “Thank You God” to social justice organizations Rainbow Push Coalition, Secure the Bag Safety, and Illinois Innocence Project. The track’s lyrics certainly don’t shy away from alluding to his 2019 arrest, where he filed a fake police report after orchestrating a racist and homophobic attack against himself.

“It’s like they’re hell-bent on not solving the crime/ Taking out the elements of race and trans and homophobia that’s straight taking lives/ But turn around and act like I’m the one that killed the strides,” he murmurs in a verse. Later, he continues: “I can’t be mad/ Take my ego out/ Some people searching for fame / Some people chasing that clout / Just remember this, this ain’t that situation / You think I’m stupid enough to kill my reputation?”

Though Smollett was sentenced to 150 days in jail and 30 months probation on March 10th, an appellate court agreed to put it on hold, allowing him to be released on bond just a few days later. And since he’s been booted off the Empire cast, Smollett will have more time to focus on making music — for better or for worse. Listen to “Thank You God” below.

In case you need the refresher: Back in January 2019, Smollett told Chicago police that two white men in ski masks approached him on the street, attacked him with a rope and bleach, and hollered racist and homophobic slurs at him. After investigating the incident as a hate crime, police identified the men in question as Nigerian brothers Olabinjo and Abimbola Osundairo, who had appeared as extras on Empire. The Osundairos admitted that Smollett paid them $3,500 to carry out the feigned attack as a publicity stunt, which prosecutors corroborated.