Joni Mitchell will make a rare public appearance this Sunday when she presents an award at the 2022 Grammys. Mitchell has kept a low profile since her brain aneurysm in 2015, her most notable appearance being when she was recognized during the 44th Kennedy Center Honors. This year, the folk legend is nominated for Best Historical Album at the Grammys for Joni Mitchell Archives, Vol. 1: The Early Years (1963-1967).

On Friday night, Mitchell was honored as the 2022 MusiCares Person of the Year by the Recording Academy. The tribute concert included special performances by Beck, St. Vincent, Jon Batiste, Mickey Guyton, Leon Bridges, Herbie Hancock, Sara Bareilles, Brandi Carlile, Chaka Khan, Angélique Kidjo, Cyndi Lauper, and others covering songs from Mitchell’s career. Mitchell, now 78, said she was thrilled to be out of the house following the pandemic. “Everybody was splendid; it just kept getting better and better and better,” she said in a brief acceptance speech. “I can retire now and just let other people do it.”

The Grammys ceremony starts this Sunday, April 3, at 8 p.m. Eastern. Follow all of Pitchfork’s coverage of the 2022 Grammys. 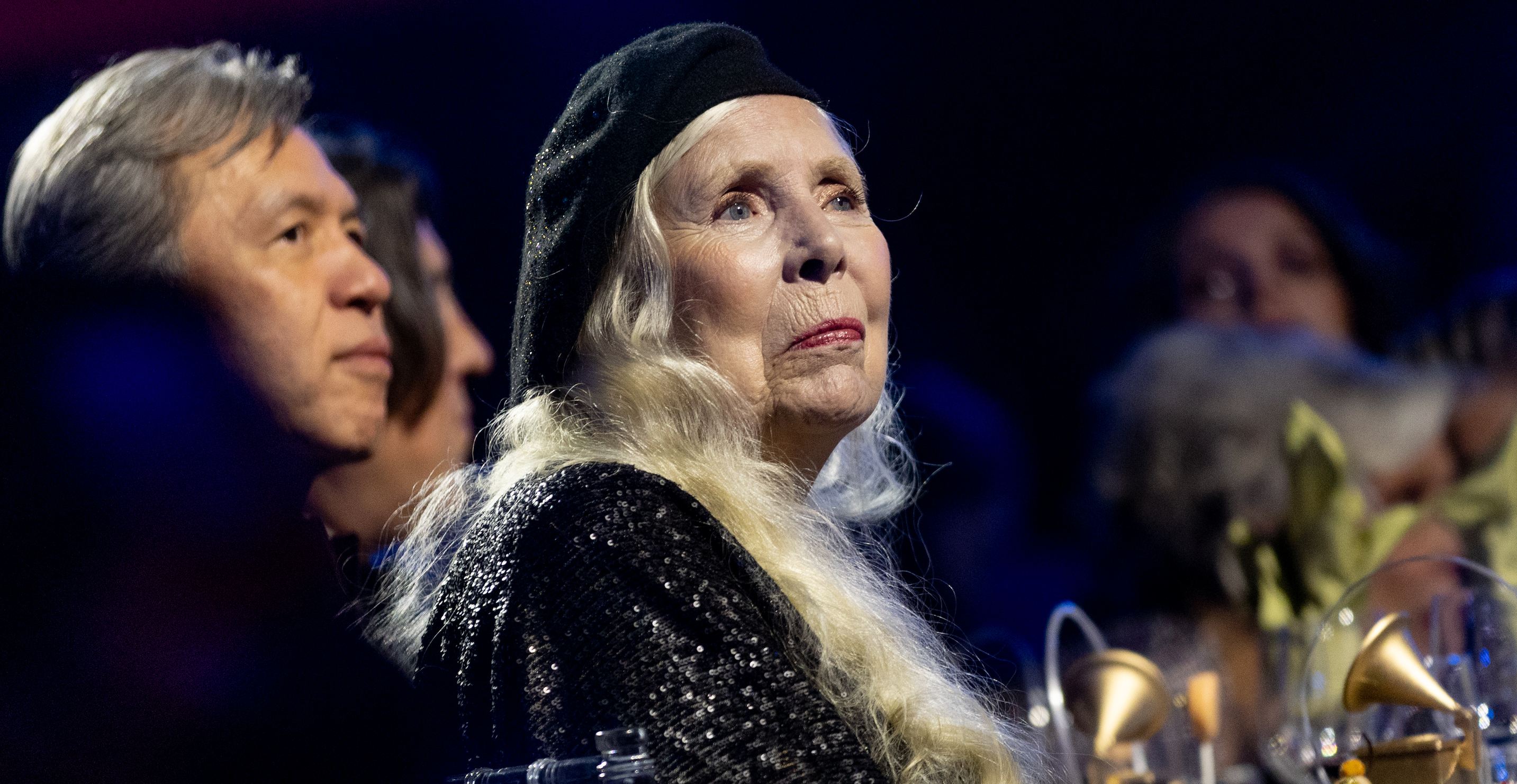