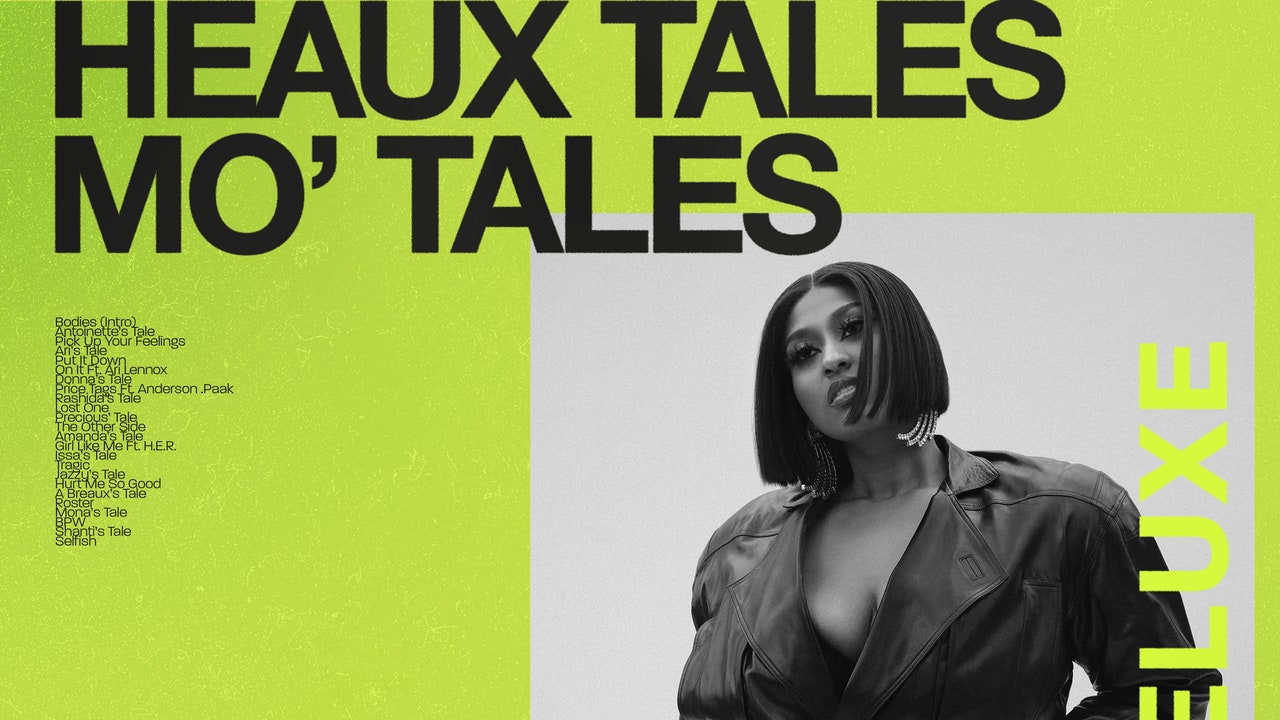 Women deserve everything. On this point, Jazmine Sullivan’s Heaux Tales is unequivocal. Her 2021 mini-opus is a communal emotional audit that pairs nearly every song with a confessional spoken “tale” recorded by a personal friend. With candid intimacy, the Black women interviewed in these snippets revealed hard lessons in love, nuanced vignettes of relationships that thrilled or scarred them. Their perspectives, distinct yet harmonious, cast Sullivan’s music as part of a wider conversation, empowering her to interpret their experiences. Writing about women’s true feelings, in the ways women actually talk about them, Sullivan taps into a creativity and boundless empathy that grants her listeners permission to be equally generous.

Though Sullivan is gifted with a voice that can affect braggadocious confidence as readily as searching anguish, the original Heaux Tales was unassuming: eight songs and six spoken interludes, described in early press materials as a project, and sometimes an EP, rather than an album. Within it, Sullivan and her collaborators drew a picture of lust, heartbreak, betrayal, and insecurity so honest and complete it felt instantly familiar. The new deluxe edition, Heaux Tales, Mo’ Tales, released ahead of Sullivan’s Valentine’s Day tour, extends the story with five additional songs and corresponding tales. We didn’t, strictly speaking, need them—the original album stands alone. But it’s a rare chance to quickly hear a new body of work from Sullivan, who’s typically spaced out her releases (with six years between Heaux Tales and 2015’s Reality Show). Since her mother’s cancer diagnosis last spring, she’s said, time has felt different and “I can’t see myself taking as long as a break anymore.”

Carrying the energy of the original closer, the H.E.R. duet “Girl Like Me,” the new songs adopt a slightly softer sound and more inward focus. They aren’t quite as sharp-elbowed as the original set; they prioritize their characters’ sexual and emotional needs over financial ones, uncovering new strains of hurt and sources of light. Heauxdom, in Sullivan’s telling, was never strictly about money. Except for “Donna’s Tale,” whose narrator observes (as Venus Xtravaganza once did) that even women in conventional marriages exchange sex for security, the album rarely touches on actual sex work. Its characters are empowered by getting money for sex and by giving it, too—“I pay his rent if he nasty,” Sullivan quips on “Put It Down”—but inevitably the field tilts towards the weight of men’s entitlement. Heaux Tales recognizes women’s right to operate with equal impunity, and the debt they’re owed for putting up with poor treatment this long. When Sullivan imagines life as a millionaire’s housewife on “The Other Side,” singing so longingly of her “dreams to buy expensive things,” I hear in her voice the pain of someone who has paid the price emotionally many times already.