Given their playful public image, it might seem like Two Shell crashed into the murky world of UK bass like a glitter bomb in a cement factory. But in reality, the mysterious London duo came in a Trojan horse made of unassuming stuff: brittle textures, stark tone colors, sternly syncopated beats. Their 2019 debut EP for Livity Sound fit neatly with the lean, percussive style of leftfield UK club music. Their anthemic tendencies earned comparisons to Overmono and Bicep, UK duos known for supersizing underground tropes for big-room crowds. And Two Shell’s edits—like “Wedding Practice,” which makes zero attempt to disguise a sizeable chunk lifted from Alicia Keys’ “If I Ain’t Got You”—put them in a class alongside artists like Four Tet and Jamie xx, who wield canny bootlegs as floor-filling festival wildcards.

But not long after they’d established themselves as promising new talents working within a well-defined lane, a switch was flipped, and the anonymous duo turned out to have much more mischievous inclinations. On Two Shell’s 2020 mix CD, ɪᴍᴘᴀᴄᴛ21, songs by canonical acts like Skee Mask and the Prodigy bumped up against shards of digital-native styles like nightcore and hyperpop. They’ve recently dusted their music with helium-huffing vocals reminiscent of SOPHIE and peppered their sets with cheeky flips of Sugababes and the Corrs. Digging is part of any DJ’s job, but hearing Two Shell drop chirpy remixes of unknown emo randos suggests an affinity with Gen Z’s digital avant-garde that you won’t find among most of their post-dubstep peers.

The audaciousness of Two Shell’s productions is matched by the slipperiness of the duo’s presentation. In their Boiler Room appearance at Barcelona’s Primavera Sound last month, they performed wearing absurd disguises—chain mail and cloth goat horns on one, clown wig and nylon-stocking face mask on the other—and were almost certainly pantomiming to a pre-recorded mix. There are even rumors that the two people behind the decks weren’t Two Shell at all. The deeper you descend through the Two Shell looking glass, the more the whole enterprise begins to take on the air of a grade-A piss take, a no-fucks-given sendup of contemporary DJ culture. Yet on Icons, their most substantial release to date, the music, at least, is no joke.

Compared to the breakneck pace and cotton-candy textures of their recent jungle edit “Home,” Icons’ five tracks at first sound almost staid. There are plenty of sped-up vocals and zippy synths, but the tempos are more measured, the structures more streamlined, the beats more in keeping with the past decade of bass-heavy UK techno. Joy Orbison’s game-changing 2009 single “Hyph Mngo” is their obvious lodestar; you can hear it almost verbatim in the hiccupping vocal loop of the opening “Ghosts” and the fluttering synths of “Pods,” which follows. While it’s hardly an obscure pick—no song did more to mark the end of the dubstep era and the beginning of the amorphous stylistic free-for-all that followed—it’s been a while since anyone zeroed in so doggedly on the song’s ecstatic qualities. Virtually every element of Icons feels engineered to replicate the dizzy rush of nightclubbing at its most exhilarating, when a new sound gets its claws into you for the first time. 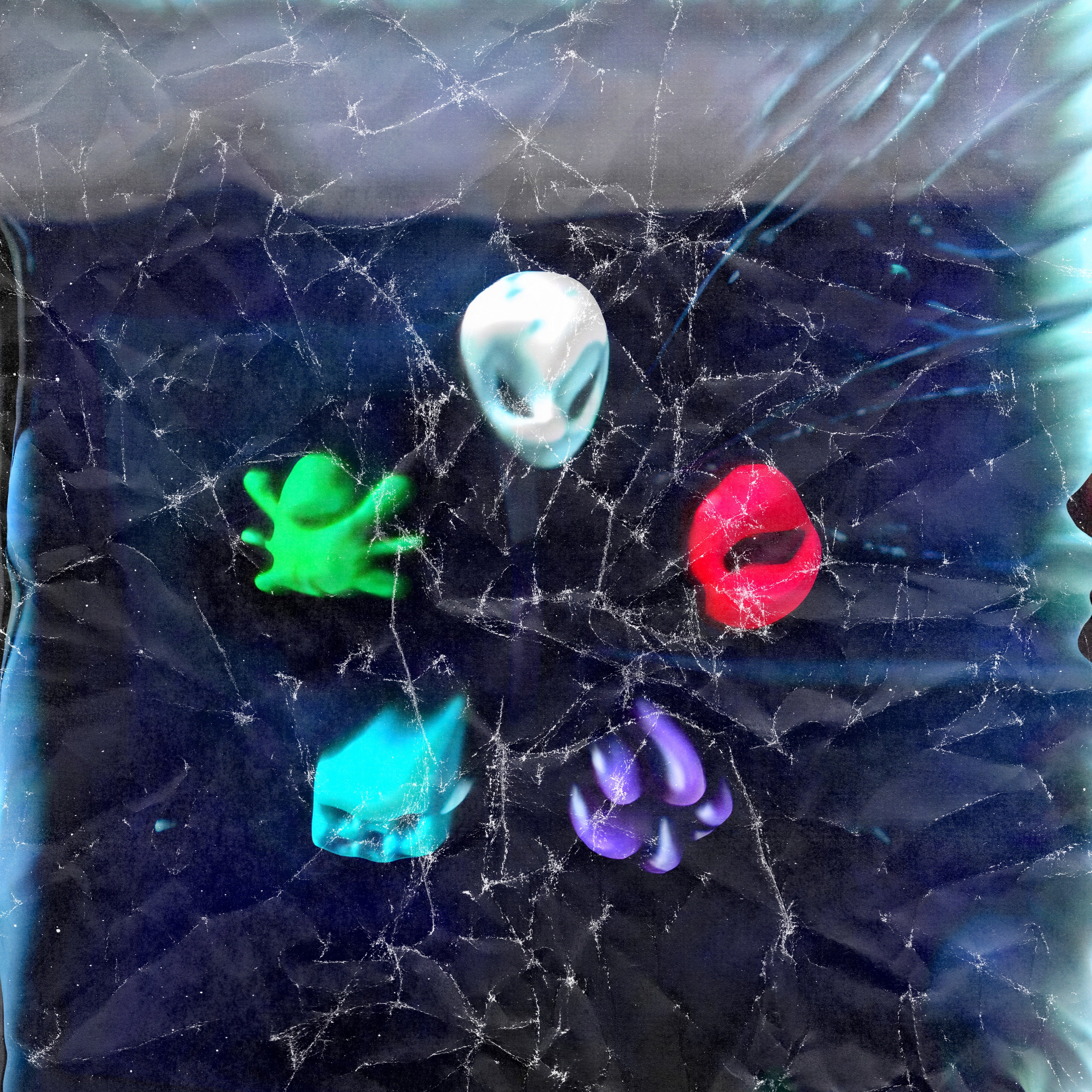