Thirty years ago, the biggest sin an alt-rock band could commit was making it big. When the Smashing Pumpkins did it, Pavement dissed them directly: “I don’t understand what they mean and I could really give a fuck,” Stephen Malkmus sneered on 1994’s Crooked Rain, Crooked Rain. Brooklyn duo Momma reference both bands on their third album, Household Name, a cheeky spin on Gen-X slacker rock by zillennial high-school friends Etta Friedman and Allegra Weingarten. Some of the band’s biggest musical heroes—Nirvana, Liz Phair—have lamented the trials of rock stardom. On Household Name, Momma seem to argue: What would be so bad about stepping into the limelight?

Household Name operates with foresight the Smashing Pumpkins lacked: If you aspire to selling out before other people accuse you of it, can their ridicule even touch you? The 2020s pop-punk renaissance has bred a number of acts whose schticky self-awareness often transpires as braggadocio. But no one said Momma weren’t putting in the work: Household Name opens with “Rip Off,” a song that navigates the art of schmoozing industry insiders between complimentary whiskey shots. “Rockstar,” the first song Momma wrote for the album, channels Pixies’ loud/quiet dynamics as the band seem to talk themselves down from impending imposter syndrome: “It takes a lot to admit it/Yeah, I got what they want/I’m a real rockstar,” the duo intone. On “No Stage,” Momma speculate that the only fate worse than remaining a nobody is to shine bright and flame out: “If I’m famous for the night/I’ll be lonely all my life.”

But each reference to imminent rock stardom on Household Name is shrouded by the fact that Momma are reminiscing on—even aspiring to—a title that arguably doesn’t exist anymore. “It’s just not something we’re probably ever going to experience,” Weingarten has said, meaning Household Name is, to some extent, satirical. In the whimsical video for “Rockstar,” Friedman and Weingarten take home a hefty cash prize at a Battle of the Bands and watch their single reach the top of the charts. “I wanna make a hit and run,” the duo muse, a winking triple entendre that conjures existential questions: What happens if you become disillusioned with fame just as it’s finally within your grasp?

Should Momma indeed become household names, it’s the hooks that will get them there: The beefy riffs and call-and-response chorus of single “Speeding 72”—their best shot at a true hit—just barely outweigh its cliché of a good old-fashioned joyride. “Put the pedal to the metal, lay it all to rest,” the duo sing, before piecing together a chorus from boilerplate rhymes. Household Name could easily feel too formulaic, but with tongue partially in cheek, moments like “Speeding 72” come as a welcome indicator of a band that isn’t taking itself too seriously. 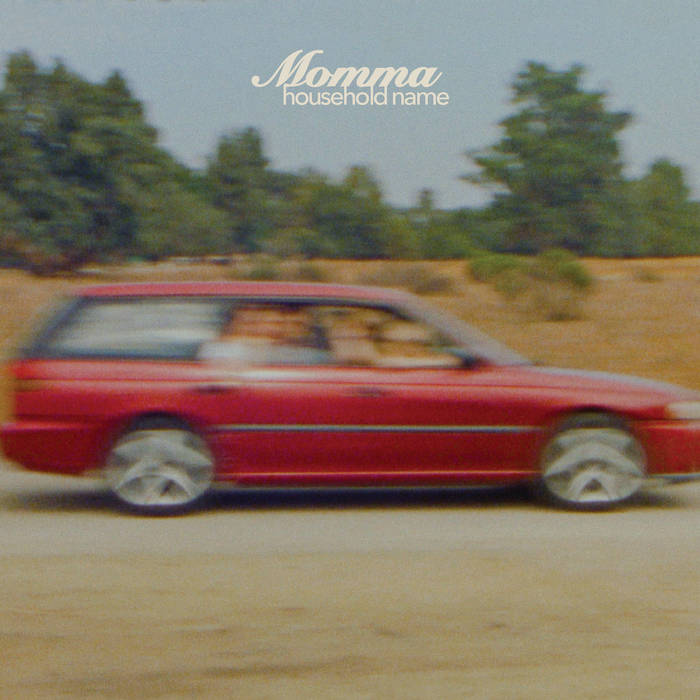