What did it mean to be a rock star in 1990? Whatever the answer might be, They Might Be Giants were decidedly not it. The Brooklyn duo’s style was more turtlenecks than leather, their voices nasal and not especially alluring, their erratic dance moves more like the mechanics of wind-up toys. One of them played the accordion. On their first record, they gave a famous Who lyric a sincere moralistic spin: “I Hope That I Get Old Before I Die.” Yet those same uncool qualities were the exact things that made They Might Be Giants total rock stars. Their ability to grab listeners with sharp, catchy songwriting was never more evident than on 1990’s Flood, where their expansive imagination was matched by major label money. The underdogs always find a way.

John Flansburgh and John Linnell had both come of age in Lincoln, Massachusetts, a cozy Boston suburb close enough to Walden Pond that Thoreau could hear the ringing of the town’s church bells during his afternoon meditations. As high schoolers, the pair worked together on the school newspaper and bonded over a mutual interest in comics books, the Ramones, and experimenting with Flansburgh’s tape machine. In 1981, the two Johns reconnected as young adults after moving into the same Brooklyn apartment—Flansburgh was there to study printmaking at Pratt, and Linnell was playing keys in a band called the Mundanes. The limitlessness of punk had blossomed into the brightness of new wave, and the pair’s quirky preoccupations made them natural bedfellows within a burgeoning New York City scene.

At the time, New York was just emerging from the economic stagnation and crime surge that battered the city in the 1970s; 1981 would turn out to be one of its most violent years. But there was potential in the disintegration. The Johns began working on music together in earnest, with Flansburgh on guitar, Linnell on accordion, and a drum machine. The absence of a formal rhythm section was liberating: While they might not have been able to afford an orchestra, they could program one on a computer. (Besides, lugging an organ to gigs was exhausting, as they found out at their first show: a Sandinista rally in Central Park.)

Over in the East Village, performers as eclectic as feminist artist Karen Finley—known for intense monologues about the politics of the female body over pounding disco beats—and Steve Buscemi’s comedy duo could find an audience. In between day jobs as a graphic designer and a darkroom technician, They Might Be Giants began honing their own act, which often included homemade props—like a massive stick with a microphone attached to one end, which Flansburgh would pound for percussion. But equally intriguing were the Giants’ offstage practices. In the early ’80s, after Flansburgh’s equipment was stolen from his apartment and Linnell broke his wrist while working as a bike messenger, the pair began recording songs to Flansburgh’s answering machine. They shared this material not by seeking out a label, but by placing ads for what they called Dial-a-Song—named after the Christian hotline Dial-a-Prayer—in The Village Voice classifieds section. Long before music was readily available online, the duo leveraged a landline to release new songs daily and play them directly to listeners in and beyond New York. 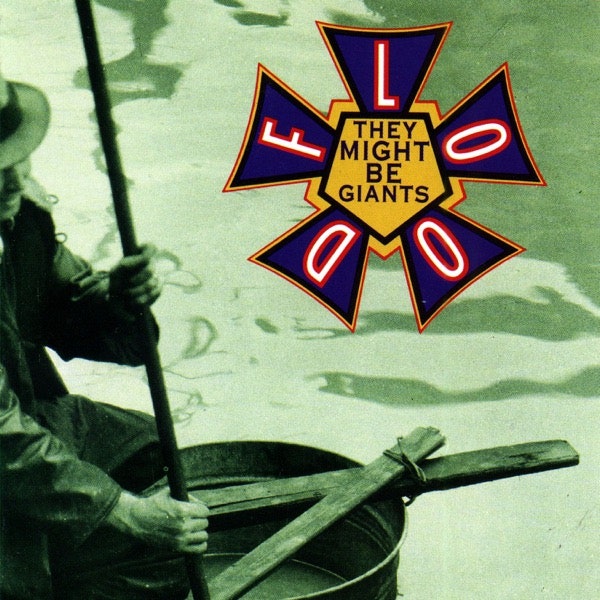