The other baffling call on Finally Enough Love is the decision to include remix edits rather than the full remixes themselves, when often the whole point of the remakes was to create extended jams that would work for dancefloors and DJs alike. The version of “Into the Groove” included on Finally Enough Love, for example, is the “You Can Dance Remix Edit,” a truncated take on the magnificent eight-minute-plus remodel that Benitez and True Blue producer Patrick Leonard created for You Can Dance, Madonna’s 1987 remix album; the decision is akin to buying a dog that loves to swim, then locking it in the laundry room.

The “You Can Dance Remix Edit” of “Into the Groove” (which this compilation makes available digitally for the first time) is glorious even in its truncation, with instrumental effects, stuttering vocals, and occasional rhythmic flourishes offering a sparkling alternative flavor to one of Madonna’s most iconic hits. But it invites damning comparison with Madonna’s previous work. You Can Dance was an essential Madonna release for the way it showed how a huge pop act could live in parallel to the club underground; Finally Enough Love feels more like a collection of footnotes. (In the case of 50 Number Ones, a very long and tangled set of footnotes.)

Questionable curatorial choices aside, there is plenty of incredible music on Finally Enough Love. “Everybody,” “Into the Groove,” “Like a Prayer,” and “Express Yourself” may appear as rather stingy remix edits, but they are still “Everybody,” “Into the Groove,” “Like a Prayer,” and “Express Yourself”—four of the best singles of the 1980s, and near-perfect examples of how club culture can be directed toward the mainstream without sacrificing its sass or vigor. Shep Pettibone’s canny, percussion-heavy remix of “Express Yourself,” meanwhile, goes a long way to explaining why he was the remixer of choice for ’80s pop megastars, capable of teasing out a club groove with a few well-placed tweaks while maintaining the integrity of the original song.

Shuffling forward in time, David Morales’ “David’s Radio Edit” of “Deeper and Deeper” and Junior Vasquez’s “Junior’s Luscious Single Mix” of “Secret” are scintillating examples of the early-1990s New York house sound: all tough, swung beats, perky keyboard lines, and perfectly coiled tension. And Stuart Price’s raucous “SDP Extended Vocal Edit” of “Hung Up” (a song he produced in the first place) is a wonderful example of how 2000s Madonna connected with the European dance underground on her fantastic 2005 album Confessions on a Dance Floor.

Sadly, it’s not quite enough. Finally Enough Love is good when it should be spectacular; frustrating when it could be fantastic, a mixed bag where we deserved solid gold. You could accept the odd strange song selection, maybe, but Finally Enough Love makes the erstwhile Queen of Pop feel inexcusably boring at times—which is the one thing Madonna at her prime would never countenance. 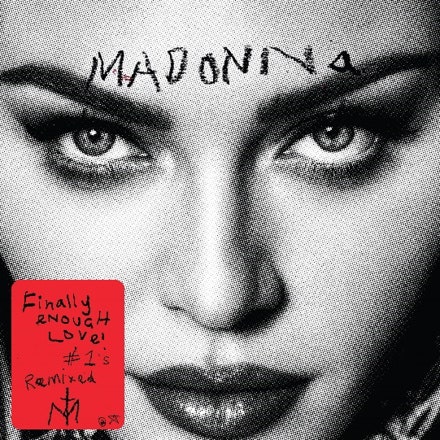