There’s no award for album titles, but when one spawns an entire genre in its wake, it feels like the highest possible honor. It doesn’t happen often—see Smokey Robinson’s A Quiet Storm and Brian Eno’s Ambient 1: Music for Airports—but as heavy metal became globally popular in the 1980s and continued branching out into web-like subcategories, it happened twice in just a few years. In 1982, the British band Venom released their startlingly extreme second album, Black Metal, first inspiring a wave of speed-demon thrash bands, then even more evil-sounding bands who took the “black metal” banner and ran with it. And in 1986, some kids in Sweden who played slow, dramatic, heavy music not only coined the “epic doom metal” genre tag, but also made its ur-text. Like a power hitter pointing to the bleachers beyond centerfield while approaching the plate, Candlemass dubbed their debut Epicus Doomicus Metallicus. Peaceville Records’ new 35th anniversary reissue celebrates the album with a fresh remaster and two bonus discs of demos and rehearsal recordings.

By the mid-’80s, the new wave of British heavy metal (NWOBHM) had ripped like a wildfire around the world, distancing metal from the blues riffs of its early days and speeding up its tempos. Its many thrash progenies, such as Metallica and Slayer, further ramped up that arms race. In this landscape, Candlemass were retro fetishists from a corner of the map that hadn’t yet established itself as a metal stronghold. Avowed Black Sabbath fans, they drew up an entire blueprint from the slowest, creepiest songs in their idols’ catalog, such as “Into the Void,” “Electric Funeral,” and of course, the song that’s commonly cited as the first-ever example of doom metal, “Black Sabbath.” Candlemass strove in the complete opposite direction of their most popular contemporaries, but just like thrash bands’ giga-warped take on Iron Maiden’s galloping riffs and black metal bands’ lo-fi corruption of Venom’s vision, they made Sabbath’s sounds their own by taking them to the extreme. Fatter riffs, slower tempos, more operatic vocals, more gothic synths, nerdier lyrics—these were Candlemass’ aspirations.

The melodies on Epicus Doomicus Metallicus are dramatic and expansive without being overly complex, alternately hinting at pre-Renaissance origins and/or the most basic skeletons of classical music. Especially during acoustic passages on songs like “Under the Oak” and “A Sorcerer’s Pledge,” it’s easy to imagine the music being cribbed from a cruel medieval dynasty’s funeral rites. (On their next album, the band actually covered the most famous funeral march of all-time.) Epicus’ deceptively simple trick is that these melodies, when transposed on drop-tuned, distorted electric guitars, make the beefiest blues riff sound like a kitten’s mewl. Witness the transition on opener “Solitude” where, just as a mournful acoustic guitar line peters out, an electric fades in, playing a version of the same melody, but simplified in a brute-force way that instantly awakens the lizard brain. This is what striking gold sounds like—a simple, near-accidental discovery that, in time, made thousands believe that it was as easy as sticking a pan into a creek. 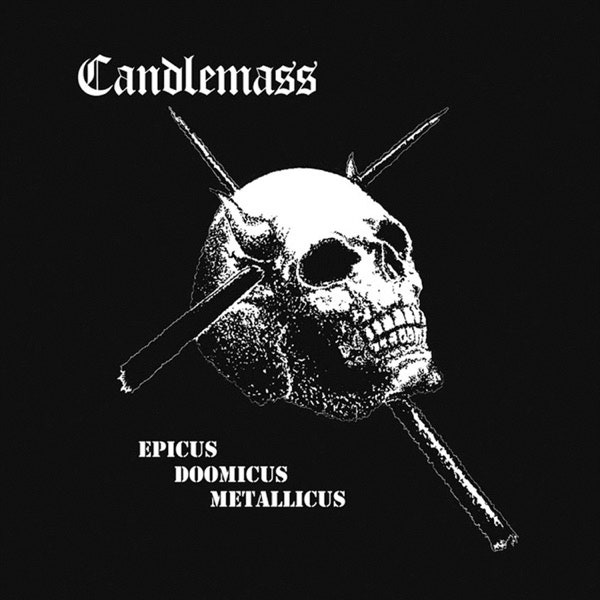