On Friday, news outlets reported that last night’s season finale would be the last SNL appearance from Pete Davidson, who joined the cast in 2014. In a cut-for-time musical sketch, Davidson poked fun at SNL mastermind Lorne Michaels while parodying Eminem’s song “Forgot About Dre.” Davidson’s version—aptly titled “Forgot About Lorne”—was interrupted by the real Slim Shady, who told Davidson, “I would just stop. They all suck,” referring to Davidson’s various Eminem spoofs. “It’s really bad,” Em added. He concluded: “Pete—don’t fucking do it again.” Watch it happen below.

Elsewhere on the show, Davidson did a final “Weekend Update” appearance to reflect on his time with the show. He opened by acknowledging everyone who was only tuning in to see if he talked about his feud with Kanye West. Find it below.

Davidson’s previous Eminem tributes included the Eminem-featuring “Stan” parody “Stu” and another one about NFTs. “Forgot About Lorne” also referenced that it was reportedly the final episode for Kate McKinnon, Aidy Bryant, and Kyle Mooney. The season finale, hosted by Natasha Lyonne, featured performances and a sketch appearance from musical guest Japanese Breakfast. 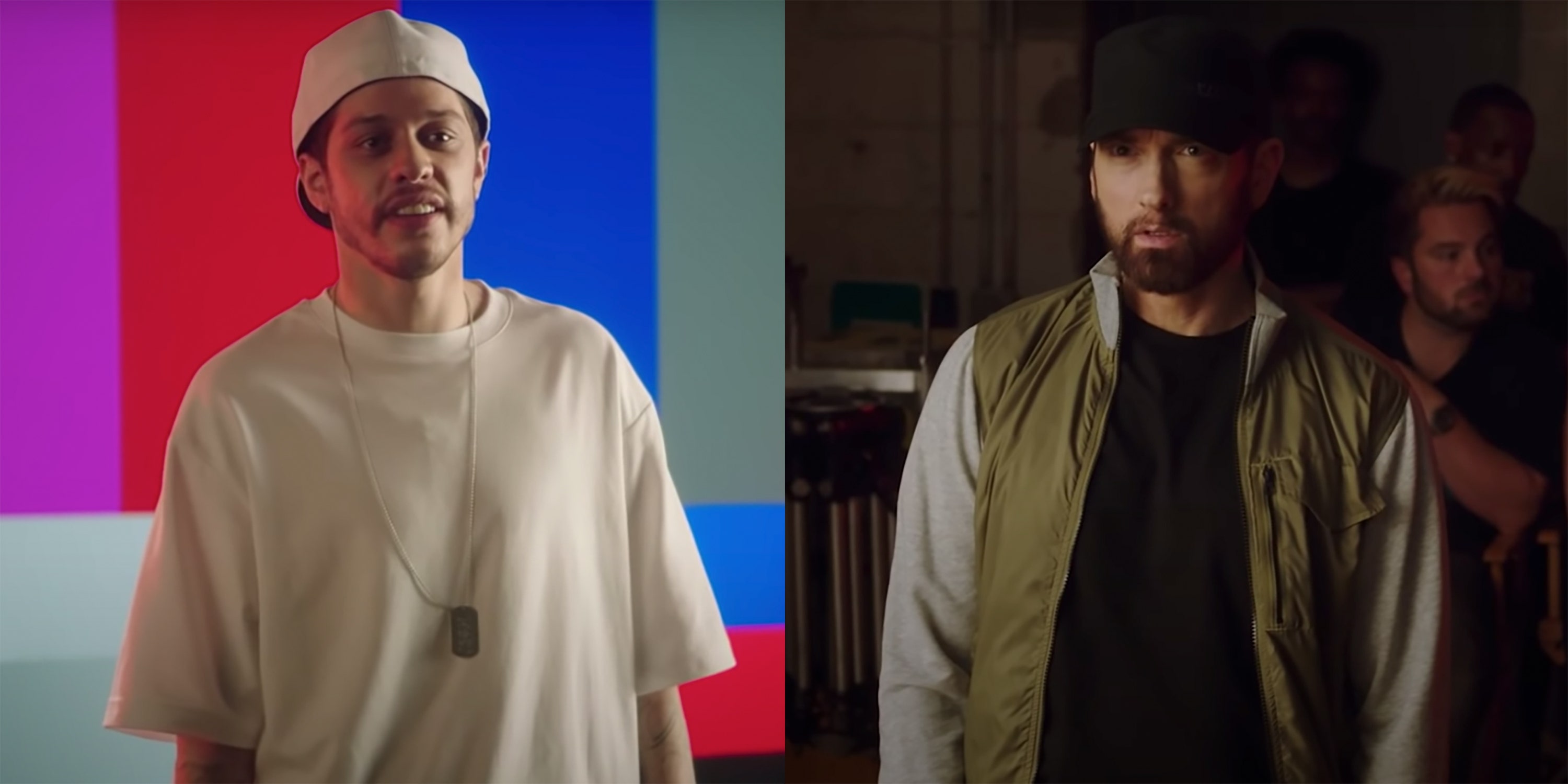