Before breaking out of the London pub rock scene with the Attractions, Elvis Costello—then known as D.P. MacManus—joined Allan Mayes’ Liverpool rock band Rusty in early 1972. Though the group toured extensively, they never made it into a recording studio. Now, Costello has reunited with Mayes for their debut album The Resurrection of Rust, out June 10 via EMI/Capitol. In press materials, Costello refers to the album as “the record we would have cut when we were 18, if anyone had let us.” Find Costello’s full history of Rusty below.

The LP was produced by Costello and Sebastian Krys, and features six songs drawn from Rusty’s 1972 set lists: covers of Nick Lowe’s “Surrender to the Rhythm” and “Don’t Lose Your Grip On Love,” Jim Ford’s “I’m Ahead If I Can Quit While I’m Behind,” and two originals; “Warm House” and “Maureen and Sam.” The record also includes an arrangement incorporating Neil Young’s “Everybody Knows This Is Nowhere” and “Dance, Dance, Dance.” The latter song features Costello on electric violin. The Resurrection of Rust features Costello and Mayes backed by Costello’s band the Imposters.

The album will be initially available in CD format at Costello’s current tour dates. It will be widely be available on CD June 10 (July 1 for the US), followed by vinyl release later this summer.

In 2021, my pal and singing partner in the Liverpool clubs, Allan Mayes wrote to me from his home in Austin, Texas. He wanted to remind me that it would soon be fifty years since I joined his band, “Rusty”, just after our first meeting at a party on New Year’s Eve, 1971.

The group was then a quartet, with Allan’s school friend, Alan Brown ‐ who would play bass until he left for university later that year ‐ and there was also another vocalist called “Dave”, whose main credentials as a singer were the ownership of a microphone and tambourine. A month later, after a couple of pretty ragged gigs, Allan and I became the only vocalists and there was not a tambourine in sight. Show business is a cruel game.

We would rehearse in my bedroom in West Derby or at Allan’s house in the shadow of Walton Gaol, where his father was a medical officer, working our way through two pretty similar stacks of mostly American albums, looking for songs to sing.

Our repertoire did include a few of our own compositions ‐ lyrics written in various shades of purple ‐ but they were often put in the shade by the songs of Neil Young, Van Morrison and two Bob Dylan tunes; one made famous by The Byrds and the other co‐written, by Rick Danko of The Band. We played tunes by Randy Newman, John Martyn and the psychedelic band, Help Yourself. One of our early duets was David Crosby’s epic, “Wooden Ships” before which Allan would jokingly ask if I had my lucky rabbit’s foot about me, as I was about to venture into an unsteady guitar solo on my amplified Harmony Sovereign.

Our secret weapon was certainly a stack of Nick Lowe’s songs written for Brinsley Schwarz, which were not so very well‐known then. I think some casual listeners might have actually imagined we’d written them and I can’t say we always corrected this misapprehension but I suppose we’d acted as unpaid pitchmen for Nick by the time we met him, when the Brinsleys came to play “The Cavern”.

For the next year or so Rusty played the folk clubs and pubs on either side of the Mersey, acting as a musical interlude at poetry evenings organized by Harold and Sylvia Hikins or provided background music to nervous conversation at a lonely hearts gathering held in the RAF Club on Bold Street.

We were paid exactly nothing for playing “Mary Help Of Christians” ‐ a Catholic girls school, known locally as “Mary Feed The Pigeons” ‐ and opened up for the Natural Acoustic Band at John Lennon’s old school, Quarry Bank High and then for the Irish duo, Tir Na Nog, in the little recital room at St. George’s Hall, where Charles Dickens had once given a public reading. That show was on the eve of my rainy departure for the Bickershaw Festival at which I contracted something close to trench foot while watching the Grateful Dead in a sodden field.

We even took one fairly disastrous booking as a wedding band on Cantril Farm for which we hired a drummer and had to rescue the night with an impromptu medley of Chuck Berry songs. When teenage girls at our Friday night pub residency, in nearby Widnes, demanded the hits of Slade and T.Rex, we tried to ease their hunger for Marc Bolan with a couple of Lindisfarne songs, which were at least in the pop charts.

It was all part of learning your trade as we were certainly only earning enough money to put petrol in Allan’s Ford Anglia and, failing this, ran our own musical evenings until the club owner of “The Yankee Clipper” realized that our Tuesday night crowd only nursed one pint of beer all night and didn’t put enough in the till to pay either the barman or the electricity bill and we were sent on our way to find safer harbour at “The Temple Bar”.

Nevertheless, by the summer of ’72 we were playing up to five or six nights a week. I was still at school, supposedly studying for my A‐Levels. Once I got a job, we had to schedule our Rusty gigs around my shift work as a computer operator until early in 1973, when I decided to leave Liverpool looking for something and took to this long and crooked road. I asked if Allan wanted to come with me but I had a place to live with my Dad and he had a steady job to give up and I suppose I thought we might travel lighter and further alone.

Allan had always been the more accomplished, presentable performer ‐ even then, I looked like a sack of spuds that had been left out in the rain. He continued to play the local club circuit after I left town, took over a group he re‐named, “Restless” (formerly “Severed Head”) and even made raids down from Merseyside to hit the London pub circuit of 1975 and found themselves playing the same venue and same week as my own semi‐pro band, Flip City. Allan recorded a solo album in the early 80s before traveling the world, playing on cruise ships in the Pacific and in oil worker bars in Alaska, before settling in Texas, where he still plays other people’s songs that other people want to hear in a strong true voice.

Allan Mayes has been a hard working musician for more than the fifty years since we met. So, when he asked me if I wanted to celebrate this anniversary by getting together to play a few songs that we used to know. I said, “Absolutely not!” “Let’s make the record we would have cut when we were 18, if anyone had let us”. And this is what you will hear on The Resurrection of Rust.

The EP contains new renditions of songs from our 1972 club repertoire; our duets on two Nick Lowe tunes from 1972; “Surrender to the Rhythm” and “Don’t Lose Your Grip on Love”‐ and closes with an arrangement incorporating Neil Young’s “Everybody Knows This Is Nowhere” and “Dance, Dance, Dance” which marks my recording debut on the electric violin.

The stand out for me is Allan’s touching rendition of “I’m Ahead If I Can Quit While I’m Behind”, a song written by the Kentucky songwriter, Jim Ford, who wrote hits for Aretha Franklin, P.J. Proby and Bobby Womack.

Most of our own early compositions from the Rusty days exist only in lyrical form, scrawled in our old notebooks, the tunes long forgotten but we did have a reel‐to‐reel demo of “Warm House”, a song which I began when I was 17 and which could be found in nearly all of our set lists and found here with full vocal and band arrangement driven by mandolin.

Remarkably, Allan still has an old school exercise book in which he kept a record of all the venues we ever played. “The Resurrection Of Rust” record sleeve is decorated with a collage of flyers, posters, playbills and diary entries of the time along with some of our setlist from that exercise book which also acted as an accounts ledger for our rather modest earnings, hitting the heady heights of £17 ‐ our largest fee coming at our very final gig, opening up for Cockney Rebel ‐ but frequently amounting to no more than a couple of quid and with several dispiriting entries which read: “Paid: Nil”.

The second original tune is a co‐written portrait of a struggling cabaret act called, “Maureen and Sam”, the verses are taken by Allan with very spare accompaniment before I arrive in the bridges with a distorted electric guitar, piano, bass and drums, all of which I recorded in the basement of Sentry Sound.

Keen listeners may recognize the theme of this song as one I re‐wrote as “Ghost Train” and recorded in 1980, changing “Sam” to “Stan” and setting my new lyric to an entirely different melody. Allan and I quickly re‐discovered the vocal blend that convinced us that we might conquer the world (or at least Widnes) when we were teenagers but to bring Rusty into the 21st Century, I enlisted the talents of The Imposters and we were delighted to invite our old pal, Bob Andrews, to revisit his signature Hammond organ and piano parts on the Brinsley Schwarz showstopper, “Surrender To The Rhythm”.

Like most things today, these sessions connected Sentry Sound, Vancouver with Austin, TX, Santa Fe, NM and Los Angeles, CA by the magic of the musical telegraph. 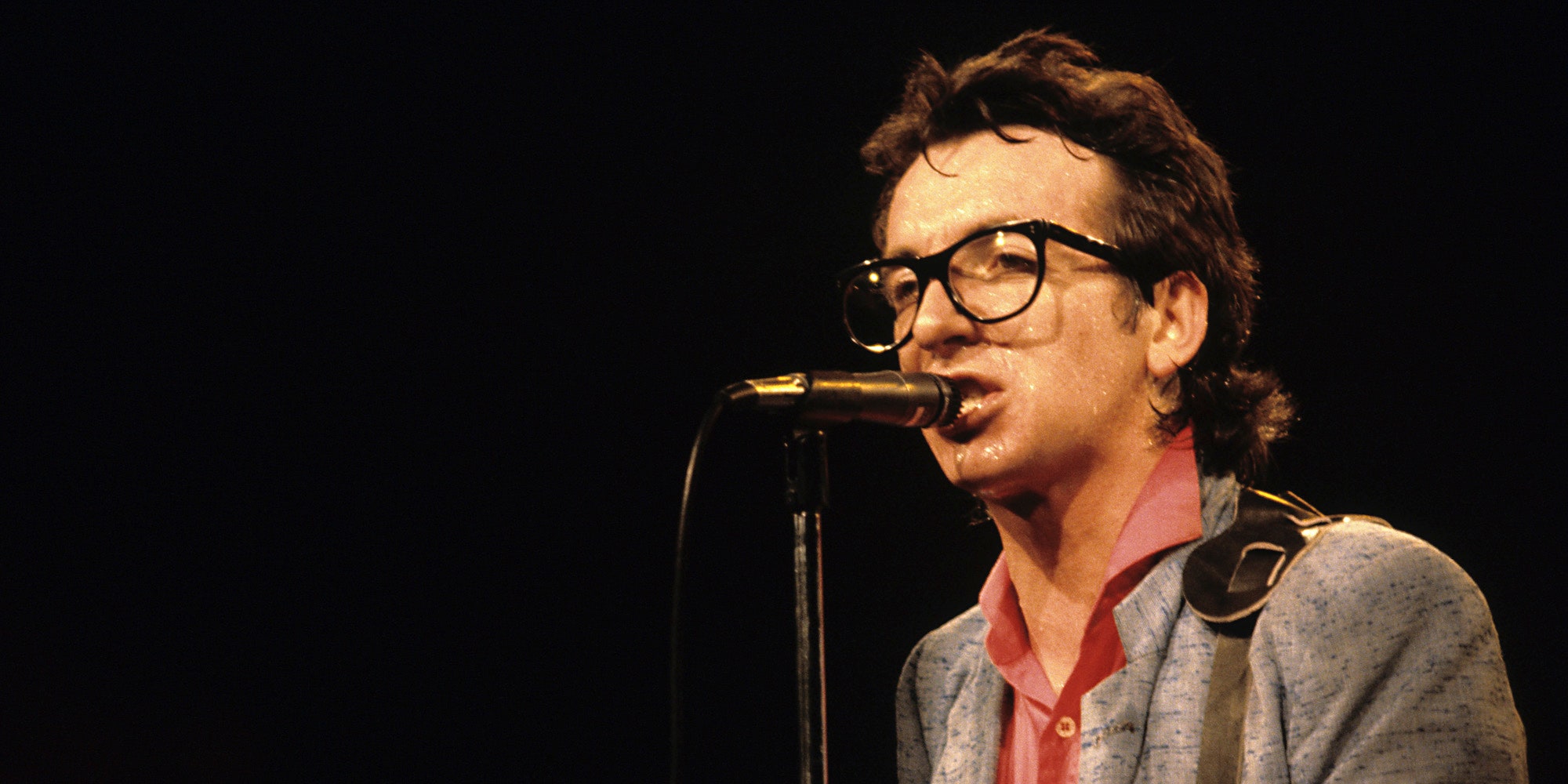