Before his senseless murder, Young Dolph took the defiant independence he maintained during his career and extended that support to a younger generation of hungry artists. The first of Dolph’s Padawans was his cousin Key Glock (who is a certified star in his own right), but Paper Route Empire has managed to expand its ranks into a tight-knit family that soldiers on despite the loss of its mentor. East Memphis native Big Moochie Grape stood out on this year’s Long Live Dolph tribute album with “In Dolph We Trust,” a dark and driving banger with an ornate beat built out of the skeleton of “Carol of the Bells,” and he makes a more extended introduction with his new project East Haiti Baby.

Flipping “Carol of the Bells” is a Memphis tradition. Since the holiday staple has been retrofitted into multiple beats by DJ Paul and Juicy J, its presence on Big Moochie’s breakout song places him in the city’s lineage. Moochie’s approach to making music is heavily steeped in the Memphis underground tradition, and his songs beg to be heard on the most powerful sound system you can find. Moochie first built his reputation as a rapper in Memphis by taking his tracks to the club right after he recorded them. It’s meant to be experienced as much as it’s meant to be listened to.

Big Moochie Grape’s punctuated flow is reminiscent of Project Pat’s. Moochie’s delivery isn’t overcomplicated, but it’s still effortlessly intricate, a rhythmic pitter-patter that’s slightly clipped while softened by his Southern drawl. Even Key Glock has his slower, more romantic numbers, but there’s no room for sentimentality in Big Moochie Grape’s world—his words come to us uncut and raw. Moochie doesn’t lose himself to despair despite the odds against him, and keeps his head up by focusing on the work, whether that’s spitting or serving. Big Moochie is tough enough to mostly stand on his own, but brothers-in-arms Key Glock and Kenny Muney come through with features, and there is a posthumous verse from Dolph on “Fun.”

The beats on East Haiti Baby are unsurprisingly the product of Bandplay, the architect of Paper Route Empire, whose sturdy drums gave Dolph and Glock a strong foundation for their flows. There’s a similar blueprint to every beat, but Bandplay mixes in unsettling keys and glistening bells that add a touch of Gothic darkness. A rare trace of soulfulness can be heard on title track “East Haiti Baby” courtesy of a sample of Blackstreet’s “No Diggity,” which interweaves Moochie’s flow with a soft background hum. 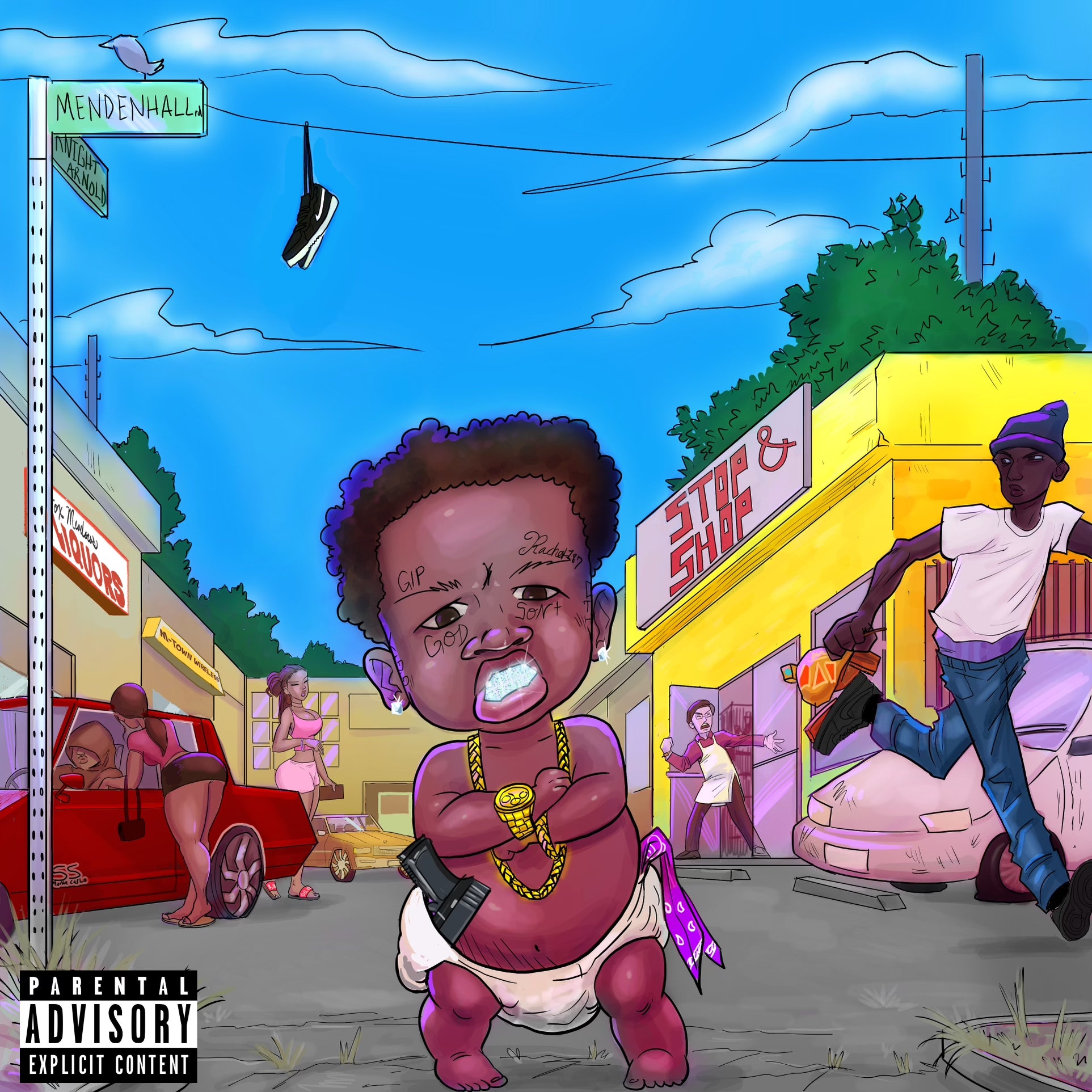