When the Black Keys coughed up their debut album, The Big Come Up, exactly 20 years ago this week, the smart money definitely wasn’t on them being the slow-and-steady victors of the early 2000s garage-rock rat race. Released on psych/punk speciality label Alive Records, The Big Come Up presented a camera-shy duo that wanted nothing to do with the thrift-store chic of the Strokes, the theatrical myth-making of the White Stripes, or the hammy showmanship of the Hives. Compared to their youthful, more photogenic peers filling up the pages of SPIN and NME, singer/guitarist Dan Auerbach and drummer Patrick Carney already sounded like grizzled old men content to spend their evenings bashing away on Muddy Waters standards and de-psychedelized Beatles covers in their basement, with no ambitions beyond recreating the sound of a crackly AM radio stuck between two stations.

However, while those aforementioned acts succumbed to prolonged hiatuses, break-ups, or failed Pharrell collaborations, the Black Keys’ proverbial junkyard beater was gradually tricked out into an auto-show-worthy muscle car, complete with hydraulic wheels and neon under siding. With the wham-bam Grammy-scooping double shot of 2010’s Brothers and 2011’s El Camino, the Keys thoroughly rewired the sound of modern rock radio over the next decade, uniting wayward factions of 78-collecting blues traditionalists, frat boys, neosoul lovers, Southern rock die-hards, aging hipsters, and their teenage kids purchasing their first guitars. Now, after exhausting every play in the post-success playbook—the detour into cinematic psychedelia, the reactionary return to FM radio fundamentals, the covers album hat-tip to their roots—the Black Keys have finally achieved the ultimate marker of classic-rock sainthood: the luxury of coasting into middle age, coupled with the casual assurance that the arenas and amphitheaters will still be packed no matter what they put out.

Fittingly, the band’s 11th album arrives roughly at the same point in the Keys’ career as the Stones were at in the mid-’80s, when Mick and Keith became less concerned with chasing the zeitgeist and just settled into doing what comes naturally. Dropout Boogie may share its name with a classic Beefheart cut, but the good Captain’s corrupting influence doesn’t extend past the record spine—the Keys’ first album of originals since 2019’s “Let’s Rock” could’ve easily been titled “Let’s Roll.” After recruiting members of Junior Kimbrough and R.L. Burnside’s backing bands for last year’s Mississippi-blues retreat Delta Kream, the Keys carried that collaborative spirit over to Dropout Boogie, opening up their creative process to a team of guest songwriters for the first time. Certainly, the Black Keys are among the few bands on the planet with the both the star power and underground pedigree to corral garage-punk lifer Greg Cartwright (Oblivians, Reigning Sound), Nashville hitmaker Angelo Petraglia (Trisha Yearwood, Taylor Swift, Kings of Leon), and ZZ Top legend Billy Gibbons onto their record. However, in this case, a few drops of new blood here and there can’t keep the Keys from reverting to a lot of the same old same old. 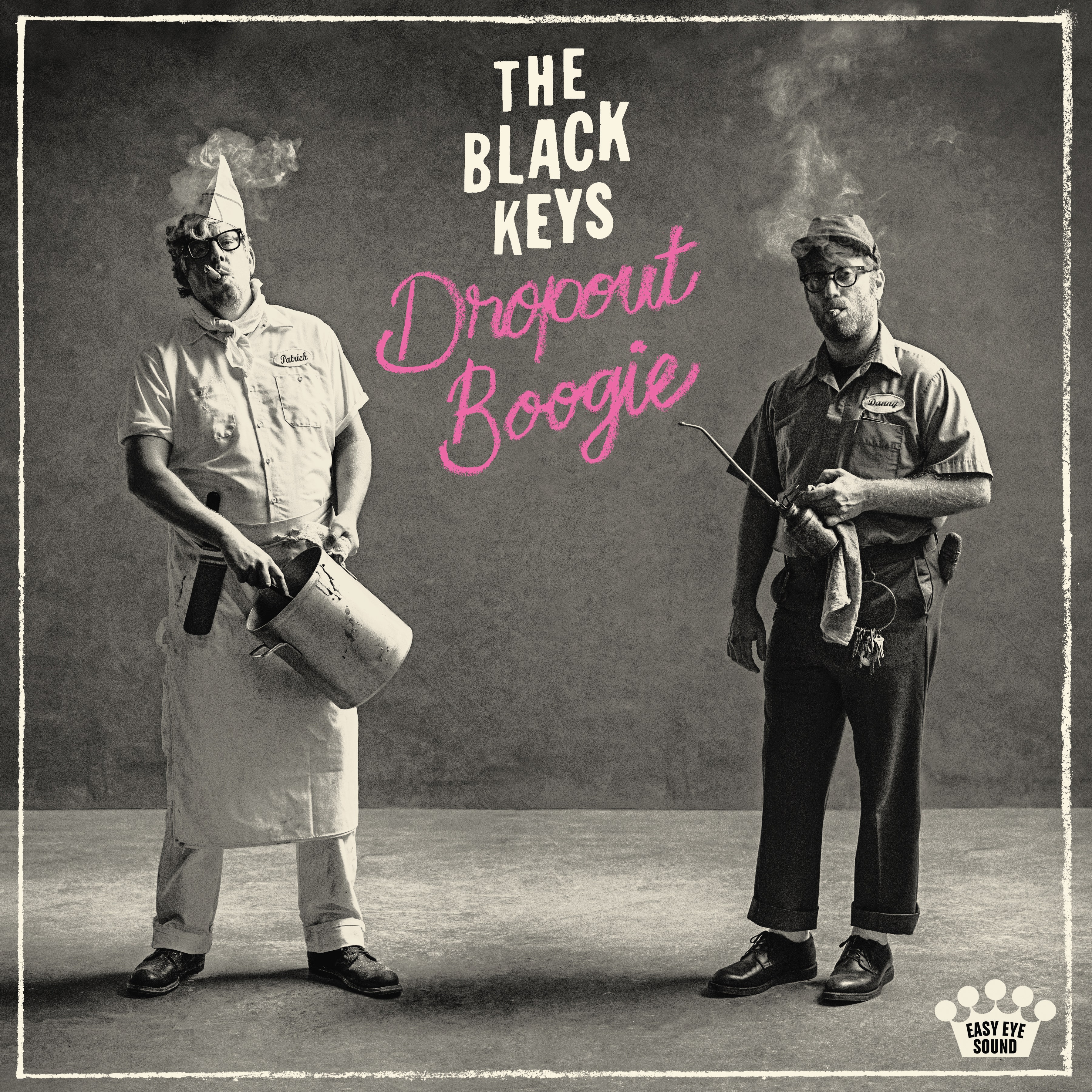