A native of Tyler, Texas, Paul Cauthen paid his dues on the red-dirt country circuit as part of Sons of Fathers, an Americana duo who released a pair of sturdy LPs in the first half of the 2010s. He went solo in 2016 with My Gospel, an album that emphasized his debt to the original country outlaws; often, it sounded like Johnny Cash fronting Waylon Jennings’ lean, hard-driving backing band. My Gospel and its sequel EP, Have Mercy, were earnest throwback country records that placed his booming baritone—a voice that’s earned him the nickname “Big Velvet”—squarely at center stage. But just when Cauthen appeared to be walking a fairly conventional country road, a devastating breakup led him to a squalid sojourn at the Belmont Hotel in Dallas, where he wrote the roiling, nocturnal songs for 2019’s Room 41.

Country Coming Down, Cauthen’s third full-length album, proves that the outlaw funk of Room 41 highlights like “Cocaine Country Dancing” was no detour: It was a new direction. But where that album documented a dark night of the soul, Country Coming Down is a gaudy funhouse, illuminated by glitterball. In these songs, Cauthen discovers a whole world within the pulsating disco beat of “Cocaine Country Dancing,” doubling down on its after-hours decadence and creating an overblown hedonistic persona to match his nickname.

Listening to Cauthen bellow about drinking a 30-pack a day or brag about visiting a Piggly Wiggly over a big, dumb beat raises a simple question: Is he being serious or is this shtick? Cauthen admitted to Rolling Stone his latest music is a “little bit of mischief, little bit of fun,” suggesting the puffed-chest bravado of first single “Country as Fuck” is satirical. (Lyrics that take a swipe at the old Kenny Chesney hit “She Thinks My Tractor’s Sexy” also suggest as much.) But the odd, ingratiating thing about Country Coming Down is how the tacky thump of its lead-off track echoes through the whole album, blurring the lines between act and authenticity. If the single is intended as a lark, why does it have a close cousin in “Country Clubbin’,” a purportedly straight funk jam propelled by a fuzz guitar so compressed it sounds like a synth? Plenty of other cuts mine a similar country-disco vein, such as the chilled-out groove “Champagne & a Limo,” the fuzzed-out blues “Cut a Rug,” and the riotous “Fuck You Money,” a stomping rocker delivered with a nasty sneer.

By indulging the lurid elements of his late-night country, Cauthen has discovered a distinctive voice, one that leans into the slightly cartoonish undertones of his booming baritone: He already sounded oversized, and now he makes music to match. The softer moments also benefit from Cauthen going for broke. The simmering “Caught Me at a Good Time” splices modern R&B inflections with old-fashioned country soul, “High Heels” eases into satin-draped sensuality, and the shimmering keyboards on the placid “Till the Day I Die” give the ballad a slight chillwave air.

Astute listeners will note that the title Country Coming Down is a tip of a hat to Kris Kristofferson’s “Sunday Morning Coming Down,” a hangover treatise that became a standard at the dawn of the 1970s. Cauthen is surely aware of the allusion, and by nodding to the outlaw past, he demonstrates how he no longer follows their blueprint. He’s also not quite following in the footsteps of Kacey Musgraves or Ashley Monroe, who blend modern dance, throwback pop, and country with a distinctly contemporary flair. Cauthen remains a traditionalist in some respects—his sensibility and funky sounds are almost defiantly retro—but Country Coming Down illustrates he’s no longer beholden to the past. He’s ready to have fun with it. 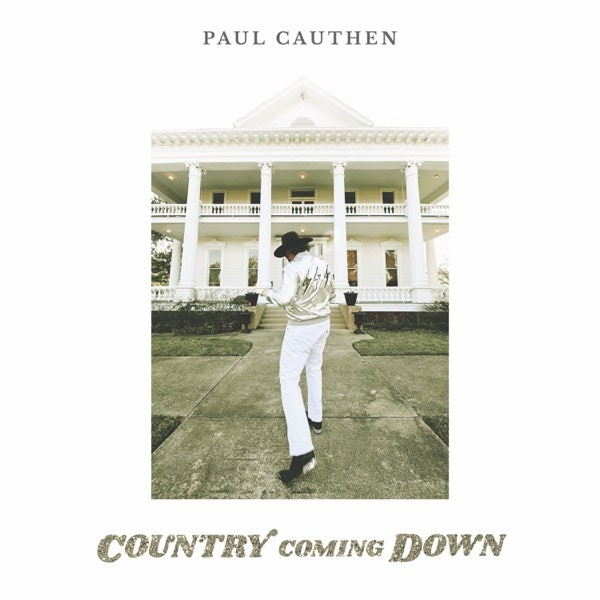