Hovvdy’s music has a mysterious depth. On the surface, the Texas duo makes cheery folk-pop with acoustic guitars, grand piano, crackling drums, and vocal melodies as soothing as a weighted blanket. Charlie Martin and Will Taylor’s early work veered toward nostalgia-bait minimalism, remnant of Duster or a lo-fi Weezer, with lyrics that latched onto love and longing and letting go of the past because they were, regrettably, growing up. On last year’s True Love, they embraced their emergence into adulthood by reflecting on parenting, marriage, and memory. As immaculate as the music sounded, and as earnest as the lyrics were, their “Life Is Good” ethos wore thin. Could it all really be so pleasant?

Their new four-song EP, Billboard for My Feelings, adds new wrinkles to their work, building upon the template of True Love and homing in on their deceptively sophisticated sound. It’s not that they’re taking bigger risks or straying from their preferred themes. Instead, they’ve refined their approach by leaning into their most playful inclinations, prioritizing texture and melody over narrative stability, broadening their simple yet spacious arrangements with small, striking details: a guitar pluck here, a string stab there, a wide-bodied backing vocal that bleeds into a bit-crushed tom. Like walking through the woods and finding a creek just deep enough to swim, their music is filled with unexpected moments that encourage you to stop moving, sit back, and take it all in.

Reunited with producer Andrew Sarlo (Big Thief, Bon Iver) and multi-instrumentalist Bennett Littlejohn, Hovvdy expand their compositions with strings and keys and the occasional banjo, the tension rising and falling with the subtle addition or subtraction of an instrument. “Everything” opens with a reversed string loop before paring back to chugging acoustic guitar and Taylor’s gentle crooning. Amid the twinkling arrangement, he senses that certain doors have closed in his life: “Before the sun leaves/Go outside and dream/About the places that I’ve heard of/I won’t live to see.” There’s an optimism to his words, a realization that the world in this moment may be as expansive as it ever will be.

Emotional incongruities weave throughout the EP, imbuing each song with an unresolvable tension. “Hide,” a mesmerizing highlight whose syrupy cadence and tempo sound like little else in Hovvdy’s discography, describes sleepless nights and self-doubt, little devastations that arise despite our best efforts to guard against them. And even though Hovvdy still aim for good times and deep connection, they now acknowledge that sorrow and uncertainty can creep into even the most joyful experiences. On True Love, the duo seemed intent on shutting out these thoughts, holding greater space for gratitude, empathy, and forgiveness. But the emotional ambiguity of Billboard for My Feelings gives way to a richer, more complicated set of perspectives, communicating through melody what’s too elusive to say otherwise. 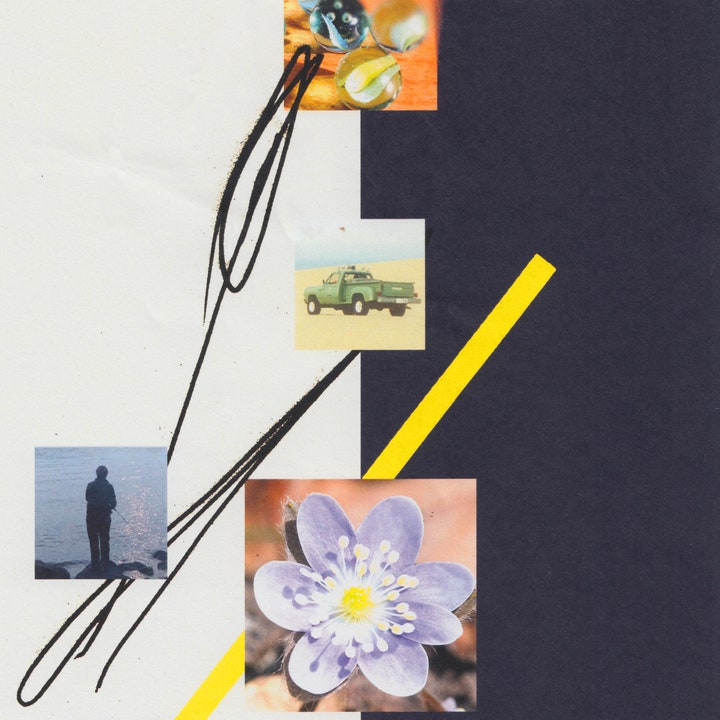