There’s rarely a dull moment in HAAi’s high-octane techno because Teneil Throssell is a master of the quick cut. Sometimes she attacks her music with surgical precision, carving out breathtaking pockets of silence before slamming the beat back. At others, she works with a field medic’s intensity, slashing diagonally across mangled breakbeats, then suturing the wound with an overdriven blast of bass. But for all its frequent change-ups, HAAi’s music never suffers from a short attention span. Channeling the hypnotic, tunnel-vision effects of classic Underworld, vintage drum’n’bass, and the early-’00s output of labels like Border Community and Kompakt, it’s a sound as heady as it is physical. Throssell works like a film editor, piecing together stray threads into a form that is cinematic in scope; her cuts always contribute to an overarching sense of continuity.

Born in Australia and based in London, HAAi has been developing her brand of peak-time drama on singles and EPs over the past five years, but her debut album is her most ambitious attempt yet to spin the energy of the rave into something bigger, something that transcends the club without turning its back on it. Pocked with interruptions, trap doors, and fractals, the maze-like shape that it assumes over the course of its hour-long running time replicates the labyrinthine dimensions of an unfamiliar nightclub—its corridors and cul-de-sacs and darkrooms, its moments of exhilaration interlaced with descents into doubt or panic.

But the prevailing mood is ambivalent, the atmospheres frequently murky. The epic “Biggest Mood Ever” uses the voice of Hot Chip’s Alexis Taylor to wonderfully contrasting effect, distorted breakbeats tearing through pastel dream pop like shrapnel through a field of daisies. “I’ve Been Thinking a Lot Lately” drapes pitched-down breaks in gloomy piano reminiscent of the Cure’s Seventeen Seconds, an enveloping fusion that recalls an all too short-lived strain of depressive drum’n’bass that emerged toward the end of the 1990s. And “FM,” a highlight, covers a sullen techno rhythm in Burialesque grit and fog; with a mixdown that tilts dangerously toward the bassy end of the spectrum, it’s boomy yet weirdly distant, like a heaving dancefloor heard through warehouse walls. 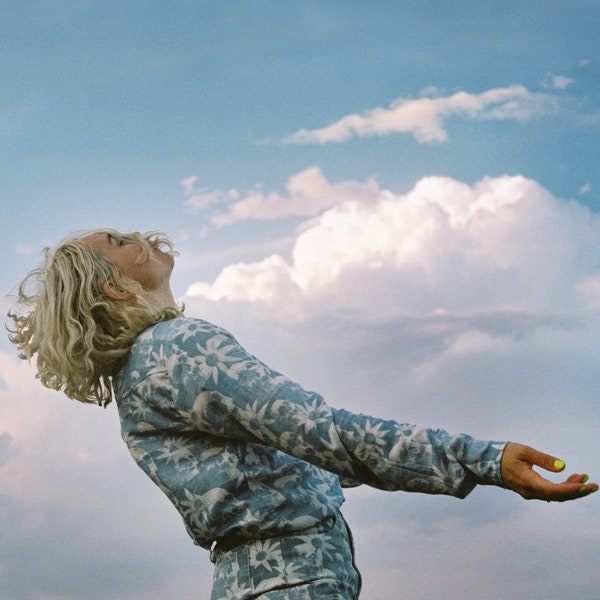