The return of Arcade Fire continues. Following today’s release of WE, the band has announced a batch of North American tour dates, marking its first trek since the second leg of the Everything Now tour finished in 2018. Beck will play an acoustic support set on the North American dates, with Feist supporting in Europe. Find the group’s full schedule below.

A dollar, pound, or euro from every ticket sale will go to Kanpe, which supports vulnerable communities in Haiti, thanks to Arcade Fire’s partnership with Plus1.

In March, Arcade Fire dropped “The Lightning I, II,” their first official single in five years. The track arrived with a music video directed by Emily Kai Bock. The follow-up to 2017’s Everything Now was produced by Nigel Godrich, Win Butler, and Régine Chassagne. Find the rest of the credits and stream the album here.

Shortly after announcing WE, co-founder Will Butler revealed that he had left the band. “I left at the end of last year, after the new record was complete,” the multi-instrumentalist and younger brother of bandleader Win Butler wrote on Twitter. “There was no acute reason beyond that I’ve changed—and the band has changed—over the last almost 20 years. Time for new things.”

Read about Arcade Fire on Pitchfork’s list “The 200 Most Important Artists of Pitchfork’s First 25 Years.” Arcade Fire: The “WE” Tour

* with Feist
^ with Beck 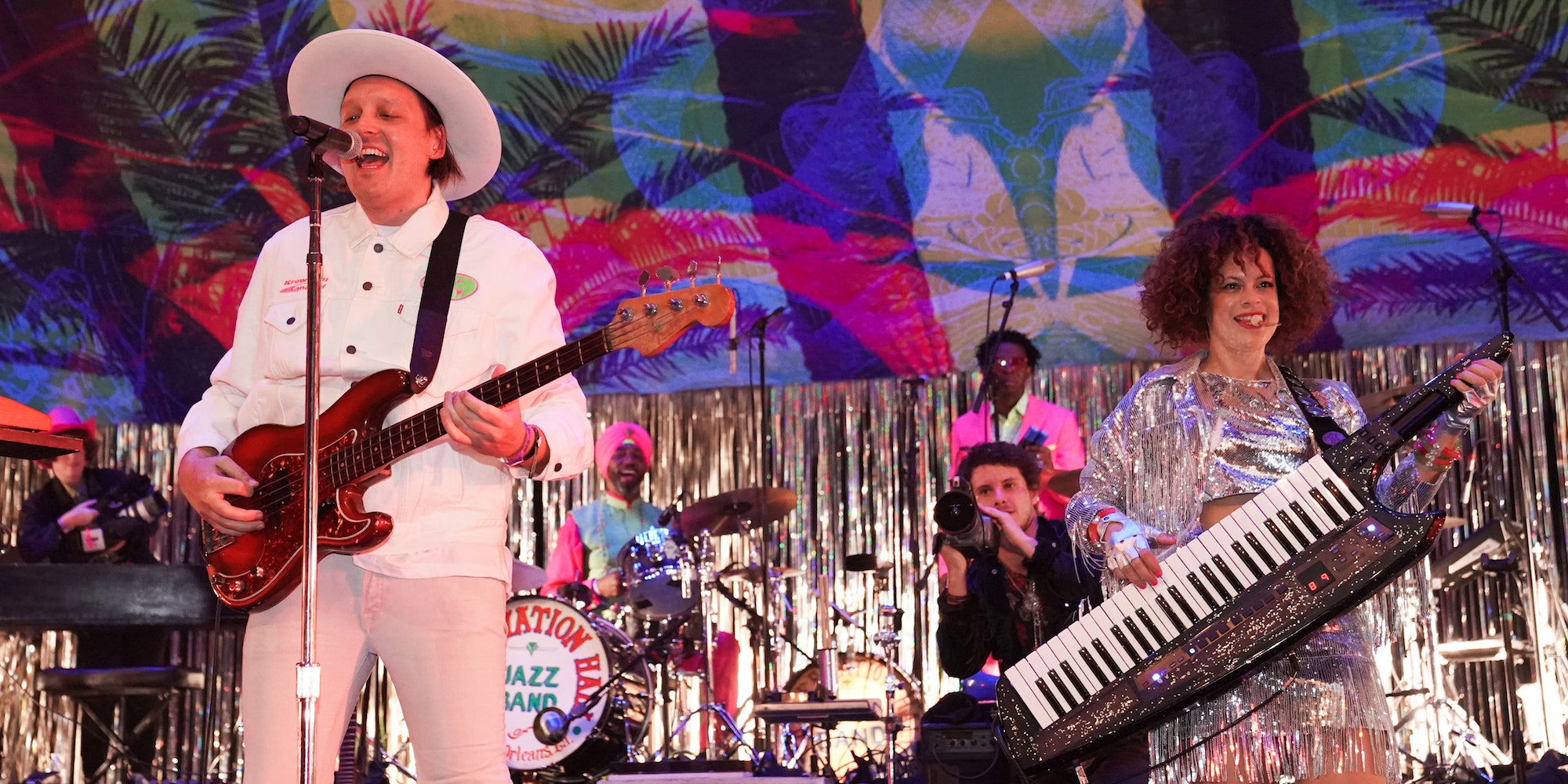